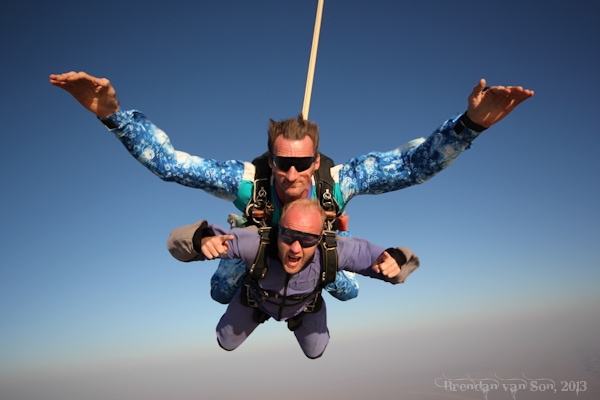 As I rode into Zambia a couple months ago, I started doing what I spent so many of my hours on my epic scooter trip doing: thinking about my life.  I started to think about what I’ve done with my life, and was drawn to my age.

Falling from the sky in Swakopmund, Namibia

Then disaster hit.  Simple math explained to me that I was actually 28 years old.  I forgot about an entire year of my life.  In fact, it feels like 4 years have gone by I still feel 25. In a little over a year, I’ll be 30.  A wave of disappointment rushed through me.  30 year-olds seemed older when I was young.  They had jobs, and wives, and children they were already driving to school.  Will I ever get there?  Will I wake up some day and wish I had pursued a more traditional life? 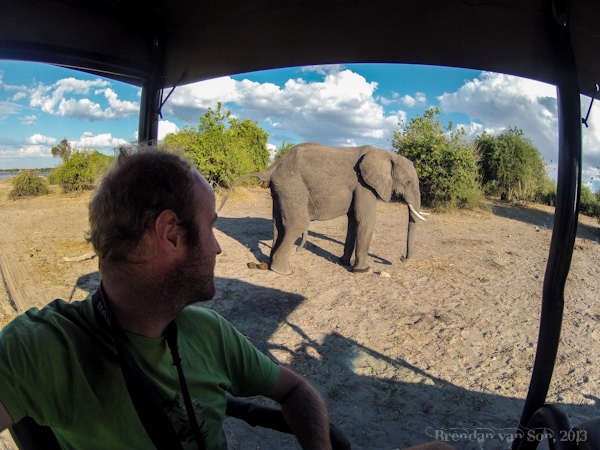 Watching an elephant take a shit in Chobe, Botswana

The truth is that over the past 4 years while I’ve been a nomad, I feel like I haven’t aged.  I feel like the world around me might have grown older – I have friends that are now engaged, my sister has children, and my father has retired over that time – but I’m in a strange state of growth without aging.  Sure, I feel wiser, I have more wrinkles, and my hairline is now shockingly thin, but I still feel 25 years old. 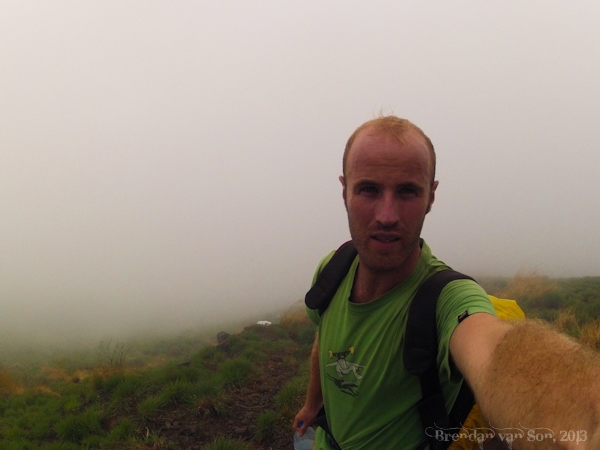 When I turned 27 years old I remember feeling like I was letting myself down.  I wasn’t living to my potential.  I wasn’t on the road to being an ambassador, or a human rights lawyer, or even some low-level United Nations staffer, I was a guy sleeping on beaches in Brazil because no one was buying his travel articles, too broke to afford even a dorm bed.  I was a guy who spent a week living on nothing but ichiban soup in Suriname, because the few magazines and websites that were buying his work stopped paying writers.  I was 27 years and struggling to find my place in the world; 27 years old and unsure where I was going, when I would find the girl of my dreams, and when I would have a steady enough bank account balance to not stress about it daily. 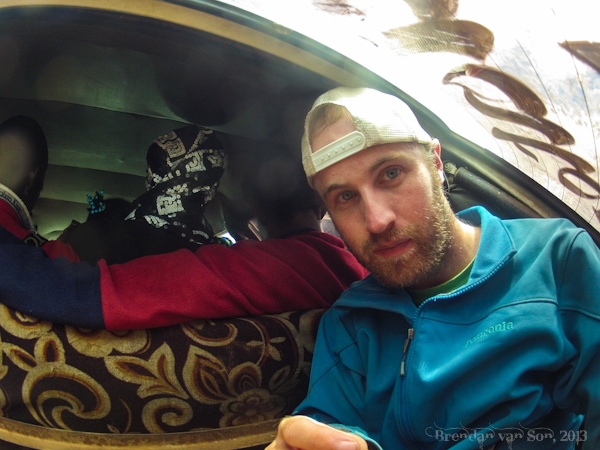 Stuffed in the trunck of a car in Cote d’Ivoire

But you see, at 29 years old, I don’t feel disappointed that I’m getting old because I’m living a life of eternal youth.  I’m proud to say that I’ve never lost my naivety.  Despite having been robbed, shot at, and played for a fool on many occasions, I still believe in mankind.  Despite being 29 years old, I feel like I’ve lived the life of 40 or 50 men.  And despite pressing so much life into 29 years, my insides are still soaked with the curiosity of a child in an enchanted garden. 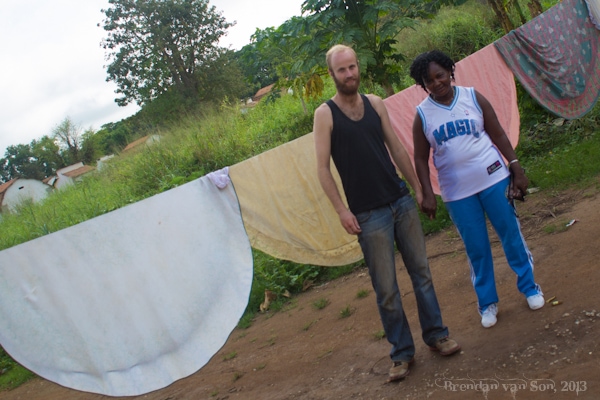 I feel so blessed by life that sometimes I feel guilty.  When I sit back in a chair and reflect on the past 29 years of life I can only shake my head in disbelief that I’ve squeeze so much juice from the earth.  When I remember all the moments with friends on the road I can’t help but be blown away by the amount of good people that I’ve spent time with. 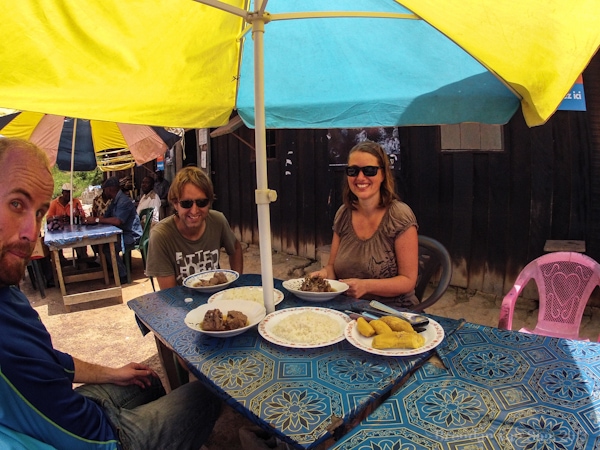 Having Antelope for lunch along the highway in Cameroon with Double Dutch.

Unlike 27 year old Brendan, I’m not disappointed by my birthday, I am thankful to see it.  I’ve spent the past 4 birthdays in Peru, Colombia, British Columbia and now South Africa.  And though I’ve never been home for one, I’ve always been surrounded by good people.  Whether its pisco, aguardiente, beer, or brandy and coke at the table doesn’t matter, it’s the people that sit sipping at their cups and laughing at stupid stories that makes it all worth it. Relaxing by the fire in Sossusvlei, Namibia

I’m thankful for my birthday, not because I revel in celebrating my life, but because it’s a reminder of how many amazing people I’ve met throughout my days.  When the facebook notifications roll in from each corner of this planet, I can only feel blessed by the friendships I’ve been awarded. 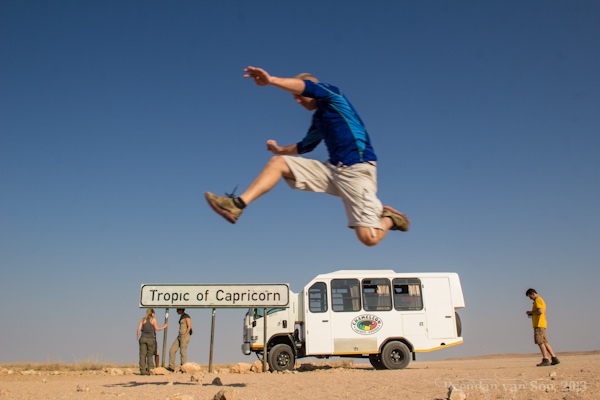 Jumping the Tropic of Capricorn.

During my 29th year of life, I spent time in 23 different countries, visited countless numbers of sights, and had a wealth of travel experiences, but none of those things matter.  What matters are the relationships I’ve built. 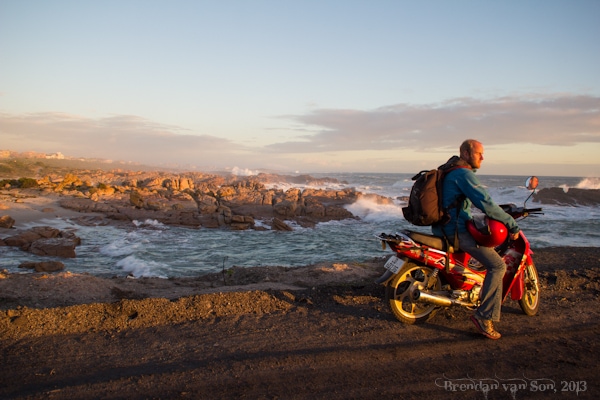 Arriving at the end of my scooter journey in South Africa.

On my 30th year on this planet, I could care less if I see another country or tackle another adventure.  As long as I have friends, new and old, to share stories with, my life will always be complete.