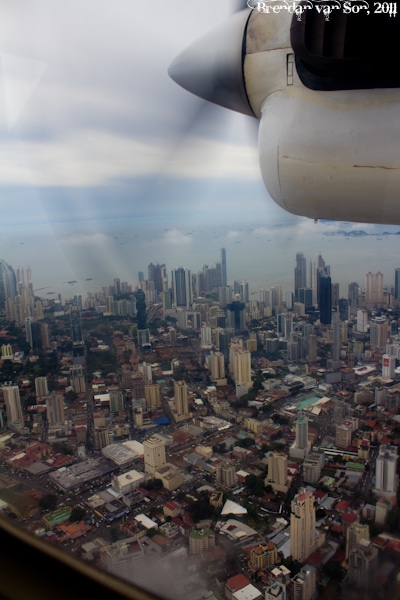 7 Types of Travellers you See in the Airport

Is there a place on earth that has a more interesting meld of people than an international airport? If you’re into people watching then the airport is a goldmine. It’s not only an agglomeration of cultures, but types of people. I have spent obscene amounts of time in airports around the world, and as much as I have hated them, I’ve learned to love the mosaic of people. I have noticed something about airports though, no matter where in the world, there are always these 7 types of travellers there:

These people are so excited about their trip, that they race through the airport taking pictures of everything from the toilets to the sign that says the prices of alcohol in the duty free shops. Somehow these people are never alone, and their partners are always completely the opposite. Their friend/lover/spouse will spend their entire time trying to control their counterpart as the Overexcited Traveller constantly shouts things like “oh my god, they’ve got a Burger King here in the airport” while taking a picture of the poor girl behind the counter with the flash on. If you have 500 photos of air planes parked at the airport gate you are an Overexcited Traveller.

There is nothing more amazing than watching the skill of sleeping people in airports. It doesn’t matter the time of day you’ll always find people defying the confines of bench armrests to sprawl out for a nap. Travel puts nearly every one’s sleep schedule on its head, and there are just some people that decide not to fight it. The sleep doesn’t stop for these guys when they get on the plane either, they’ll be passed out with the chair back before the plane’s shoes even get off the ground. If you’ve ever woken up spooning your carry-on luggage than you are a Sleepy Traveller.

It’s not that they haven’t done any shopping on their trip, it’s just that they’ve realized that they’ve forgotten to buy a souvenir for their 16th cousin 14 times removed. Like the overexcited traveller these travellers will always have a partner. In some cases their partner is but an innocent by-stander doing his or her best to control their significant other while they attempt to spend 40 dollars on a t-shirt that says “I Heart NYC.” However, in rare and dangerous cases the partner can be an encouraging figure to the shopping and even take part in the event. This usually happens when sisters, or girls that “have been friends since high school,” go on a trip together. If you have ever worn a souvenir t-shirt on the plane because you didn’t have room in your hand luggage for the gift you are a Gift Shop Traveller.

Business Travellers act as if they’ve never left the office. They are on their blackberries up until the very second the stewardess tells them to shut them off. They think wearing a suit will get them upgraded to first class and spend their time in airport bar showing up to their flight only after the line has cleared. If you’ve ever sat in economy class wearing a suit thinking about how uncomfortable suits are to wear on air planes then you are a Business Traveller.

Internet Addict Travellers are the most desperate looking of all the travellers, and I know I fit in this category. You’ll find the internet addict travellers racing around the airport asking staff where they can get free wifi or sitting on the floor of the airport in a corner so they can use the plug-in. While they wait for their plane they skip out on food, drink and the use of a bathroom so they can update facebook and twitter with their rants about how they don’t understand how none of the airlines offer wifi on their flights. If you’ve ever nearly missed your flight because you were trying to load a photo on the super slow internet then you are definitely an Internet Addict Traveller.

The Too Cool for School Traveller

The too cool traveller can be found nonchalantly sitting on one of the airport benches wearing shorts and using massive noise cancelling headphones. They go out of their way to act like they don’t care that they’re in an airport because they think it makes them look cool. The Too Cool traveller will occasionally pull a cell phone from their pockets to respond to a friend’s “wats up” text with a quick “nutin. waiting @ the airport for my plane to leave,” using the word “my” specifically in hopes that the friend will actually think its their personal plane. If you’ve ever looked at the business traveller and thought, “what a jerk, he/she thinks wearing a suit will get him/her an upgrade to first class,” then you’re probably at least partially a Too Cool Traveller.

Maybe a sports team or may be a family, regardless this type of traveller moves around the airport in packs and they always wears their team uniforms. The families are the most fun to watch, generally they are all a little too close and are all wearing marching “I Heart NYC” t-shirts they bought at the airport leaving home. Generally the family includes a mom who is also a Gift Shop Traveller, a dad who is a Business Traveller or an Overexcited Traveller, a son who is an Internet Traveller and a daughter who is a Too Cool Traveller.

I have personally, at some point in time, been every single one of these types of travellers. Which one are you? Can you identify any other type of traveller?