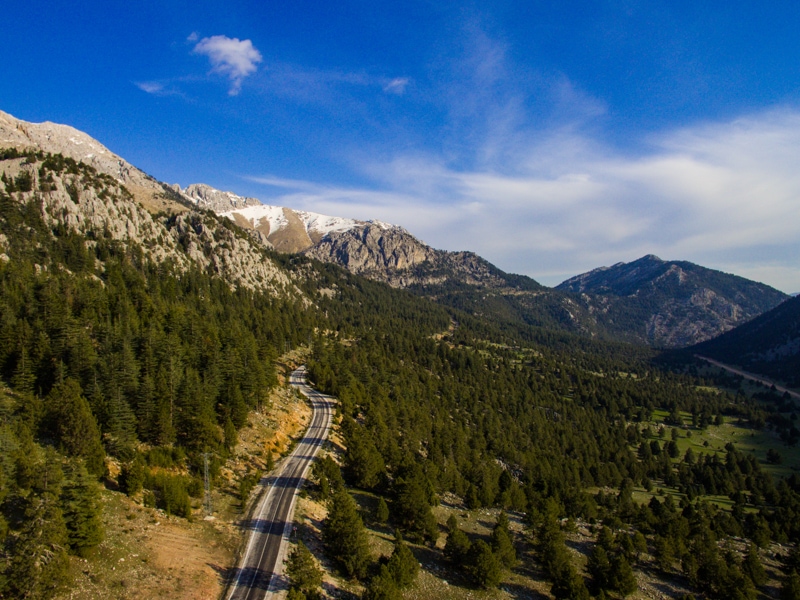 A Road Trip in Turkey by Brendan van Son

A Complete Guide to a Road Trip in Turkey

I was a bit apprehensive towards doing a big road trip in Turkey.  It’s a country I’ve not really travelled much, and it’s a country that doesn’t speak English.  So, I’d be lying if I said there was no stress to planning the trip.  However, it didn’t take me long to realize that most of my stresses were fairly unfounded.  In fact, I would put Turkey right up there with other great road trip countries like Iceland, The US, and South Africa.  The roads are good, the views are beautiful, and the people are fantastic.

To save you a bit of time, and to maybe ease some of your stresses, I’ve put together a complete guide to planning a road trip in Turkey below.

Planning where to go, in a country that you know very little about can be a little bit overwhelming.  I searched out some places, and then tied it all together.  Below was my itinerary for Turkey, and it worked out really great.

One of the great things about travelling Turkey at the moment is there’s a really wide variety of accommodation options.  In almost every destination you can find five star hotels, hostels, camping, and everything else in between.  It really can suit anyone’s budget.

Personally, I think that the best value of accommodation in Turkey is likely found by staying at 3 star hotels and guesthouses.  I stayed at plenty of boutique hotels along the way, as well, and feel like I got great value. 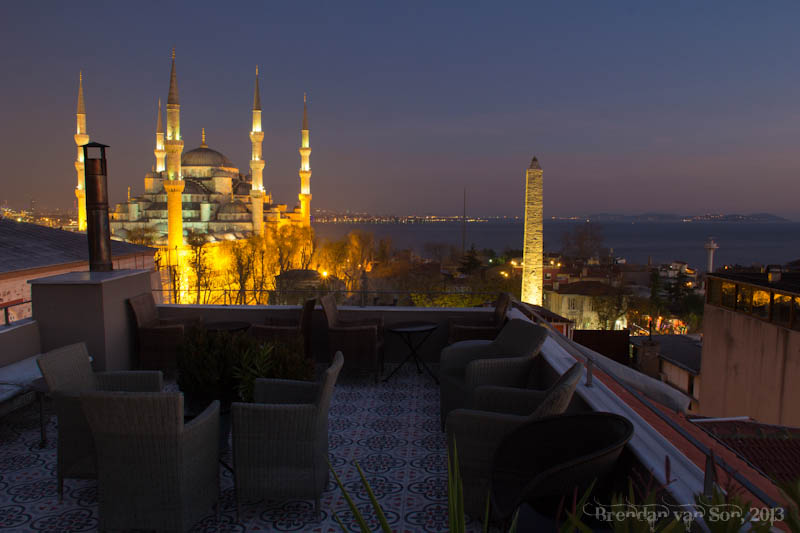 This, for example, is my favourite hotel in Istanbul.  It’s right next to The Blue Mosque, and has a rooftop view of it.  I mean, you really can’t get a better location in the city.

In Cappadocia, there are so many really cool places to stay.  I recommend staying in Goreme.  There’s a good mix of hotels, and some of them are really special.  In fact, there are actually hotels and guesthouses built right into the caves.

Where to Get Your Car?

I partnered up with Auto Europe Rental Car for this road trip in Turkey, and I’m glad I did.  They made things really easy, and their system makes sure you find the best price on a car.  There are a lot of rental car agents at Ataturk Airport, but I’d highly recommend sorting out your rental car before you arrive so you’re not left with any surprises or struggles when you arrive. If you book on the AutoEurope.com system, you won’t have to do any price scouting, you’ll just need to plug in your dates and go.

What Type of Car Should I Get?

I had a Fiat Linea which definitely did the trick for me.  The car was big enough to not feel tiny on the roads in Turkey, and also rugged enough to let me go off-road a bit.  But, it also wasn’t too big to feel squeezed driving through some of the more narrow and packed roads through some of the towns.  I think a mid-sized car like this is your best option.  Lots of people in Turkey drive bigger cars that are like cube-shaped minivans, but I’d say the average car is mid-sized and it’s very appropriate for the country.

Right now, Turkey is struggling a bit with tourism.  Conflict with Russia, and the global worry of terrorism has brought tourism down a lot this year.  So, there’s not going to be that same massive high season in the summer.  Still, I’d recommend the spring.  It’s a bit rainier in April/May, but the weather is warm enough for the beach, and you’ll not have to contend with a lot of other tourists.  Also, hotel rooms will be very inciting.

What Happens in Case of an Accident?

If you get into an accident in Turkey, it’s required by law that you call the police.  So, do that and you’ll fill out a police accident report.  If you’re insured by your rental car company, it wont be an issue.  So, be sure to get the insurance.  It seems like the accident laws in Turkey come down to whom hit who, rather than who made the mistake.  So, do take note of that.  In a country like Turkey, I always recommend getting the proper insurance, it will save you a lot of stress.

I actually have an American Express card that covers my insurance on all rental cars – as long as I book the car with the card.  So, check with your credit card to see if that’s something that you’re covered for.

And, if you don’t have personal travel insurance you should definitely have it to cover you in case of theft or personal accident.  Personally, I recommend World Nomads.

Fuel is the least of your concerns on a road trip in Turkey.  I was blown away by the number of gas stations along the road.  It seemed like every 500m there was one.  I never stressed about getting fuel, no matter where I was in the country.  And, the gas stations are pretty fantastic. Most of them have a little market, and restaurant as well.

Do I Need GPS?

I’d say yes.  But, I got around not having a GPS by using cell data.  Upon arrival at Ataturk airport I went to the Turkcell stand and got a SIM card with 10GB worth of cell phone data, and then just used google maps GPS to get around.  It was really easy, and I don’t think I could have gotten around without it.  You can add a GPS system from your rental car company, but the costs are pretty high (like $8usd a day), so you’re better off just getting data on your phone.

How Much Distance Can I cover in a Day?

Most of the roads in Turkey are very good, and it’s easy to cover a lot of distance in a day.  It is worth noting, though, that lots of their highways spend a lot of time in urban areas where there are traffic lights and places you need to slow down.  So, you can’t always be driving 120 km/h.

What are the Costs of Travel in Turkey?

Recommendations for Safe Driving in Turkey

Just some quick tips for driving in Turkey:

I’ve got a couple more articles from Turkey, and then I’m off to the US for a bit as I am joining the inaugural trip to the Dominican Republic with Fathom Travel.  Stay Tuned, and don’t forget to check out my Vlog over on YouTube for daily content as well!