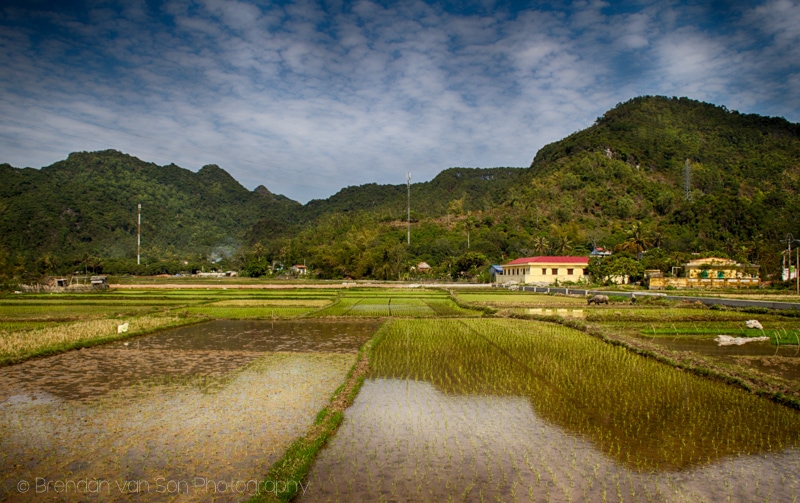 A Day out on Cat Ba Island, Vietnam

With the goal of getting a bit behind the scenes of Halong Bay, we decided to set up shop for a couple days in the heart of the famous islands of Vietnam in a place called Cat Ba.  The island of Cat Ba might not be what you expect.  In many ways, it’s a resort town paradise.  There are lots of nice beaches, cheap hotels, and some interesting sights as well.  But I suppose the part that is not to be expected is the complete and utter lack of tourists.  The number one thing I think you should know before visiting Halong Bay is that Cat Ba is the perfect way to gain a bit of independence in what is otherwise a very touristy region. 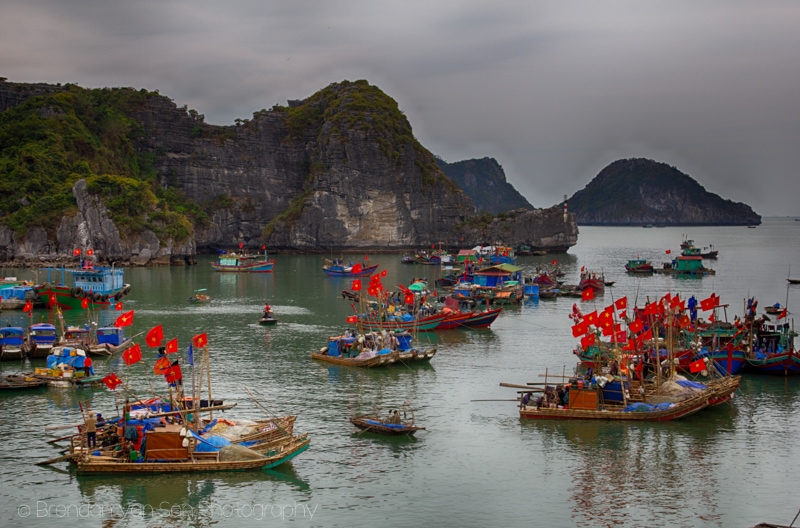 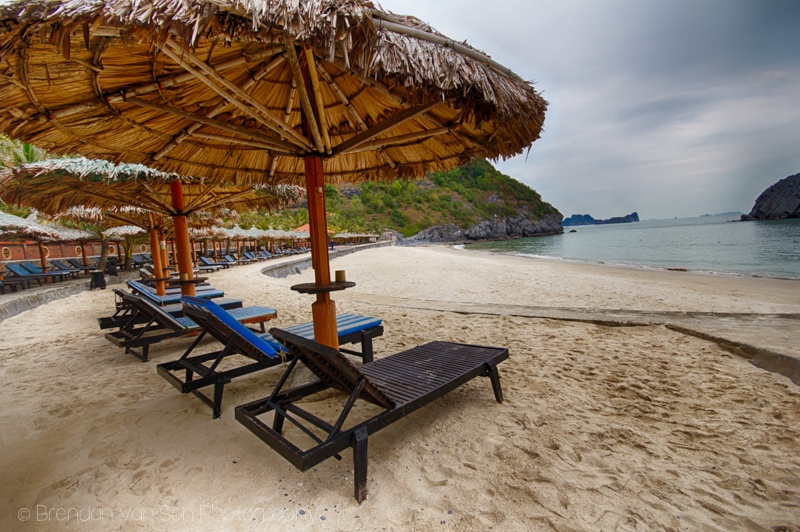 Slightly after dawn, we take the keys to a couple scooters and head off down the coast of Cat Ba.  Without any real destination in mind, we just drive.  Along through the busy town, and out onto the coast, we putt along.  In the waters offshore, the occasional fishing boat can be seen floating slowly through the ice-blue water, amid a myriad of rocky pillars.  But here on the land, there are but a few settlements, and the true rural nature of the island rules.

The road smooths after a section of dirt and rock and we soon find ourselves skimming along a wash of mangroves on which the occasional stilt shelter is built.  We pull up to a lookout tower, and peer out to a sea, and to the alluvial plains of the island.  The geography of it all is spectacular. 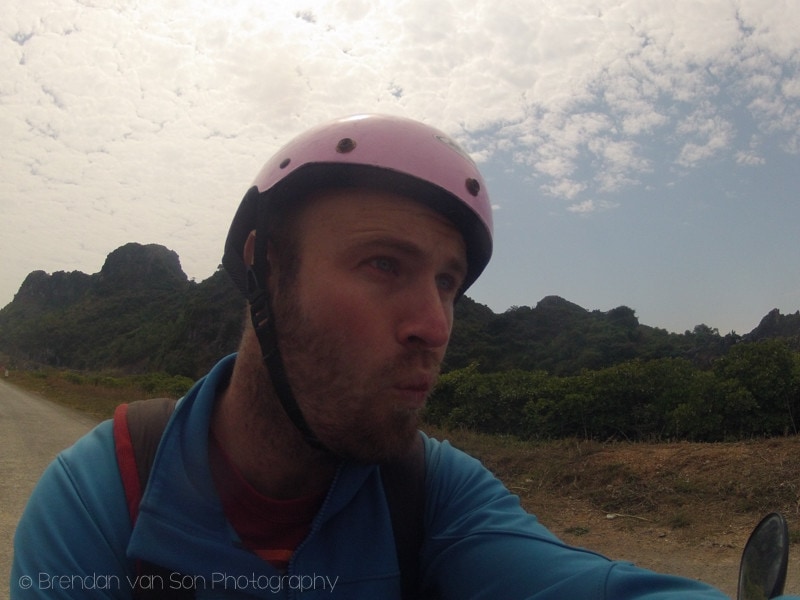 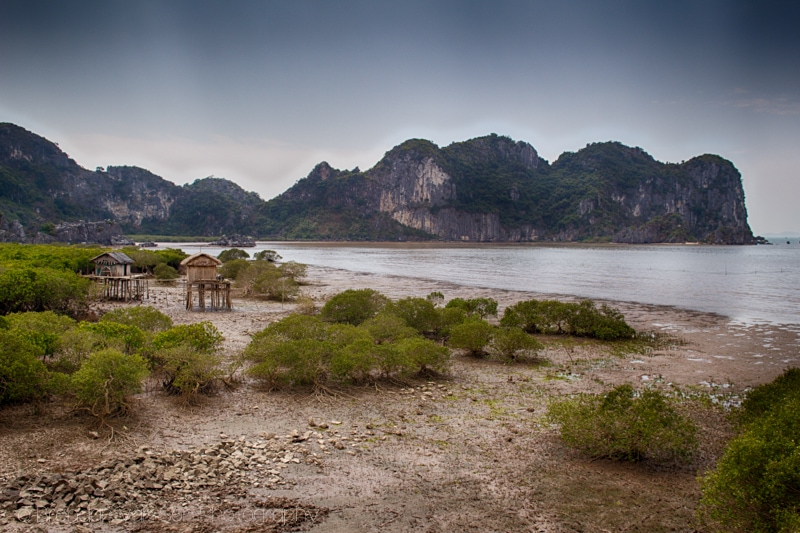 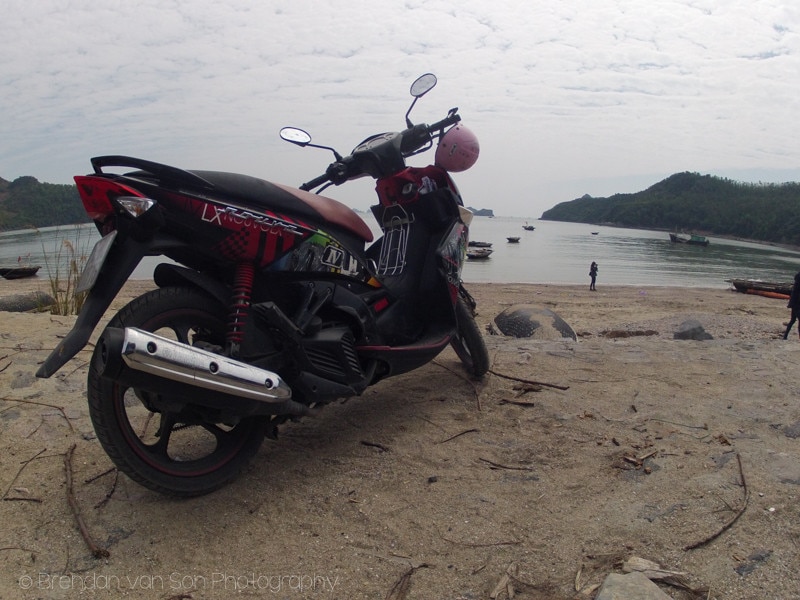 Again twisting at the throttle of the scooter, we turn up a hill inland and down into a valley of giant stone hedges.  They look like canine teeth peering out from the green forest.  We enter Cat Ba National Park, a hilly forest smack in the center of the island.  It’s here where the extremely endangered Cat Ba Langur lurks.  I have dreams of seeing one of these rare primates, only to start climbing through the trails wound in thick forest of twisted vines to realize how silly it would be to expect to see and animal so small in a jungle so vast. 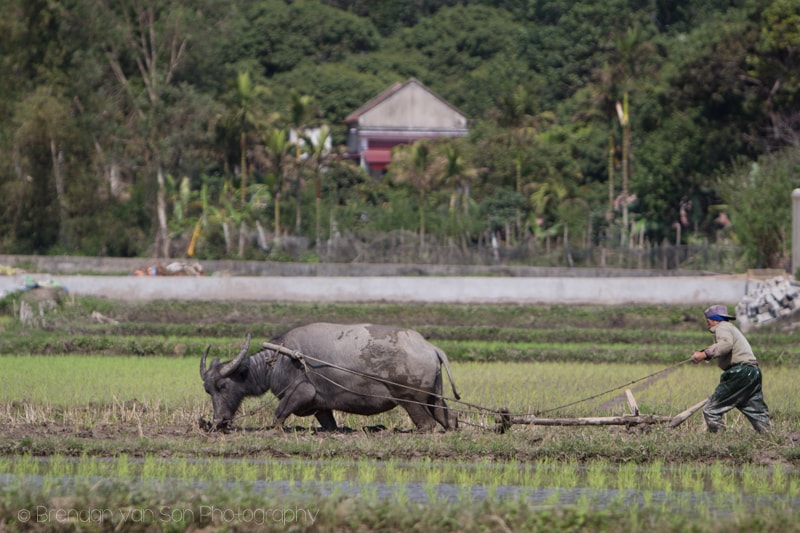 The path carves through rock passages and the trail narrows then climbs.  Steps are laid out, then a rusted out metal ladder is pressed upon a cliff wall too steep to step up.  As the jungle canopy opens to a sky of blue, we reach our climax.  Atop one of the highest peaks on Cat Ba Island, there is a tower some 75 feet high, swaying gently in the wind.  A sign warns that climbing is forbidden, that it’s dangerous, but I can’t resist.  Gingerly, I step up the rusty tower, some of the metal has been worn so hard it has all but turned to sand.  As I look down through my feet to the ground below, I sense a wave of vertigo.  As I force my eyes up to the horizon, the unsteadiness in my knees is replaces by awe as I peer out at the vastness of the island.  Out in the distance, the hills roll like the spine of a dinosaur.  It’s endless green upon green. 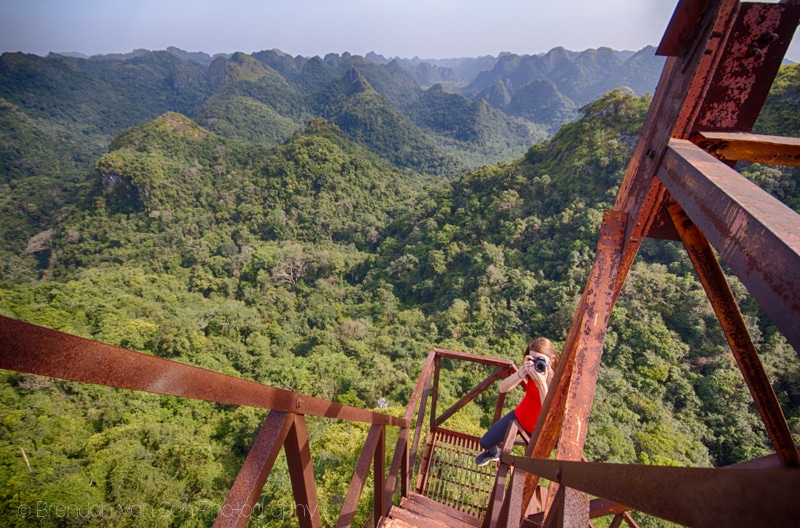 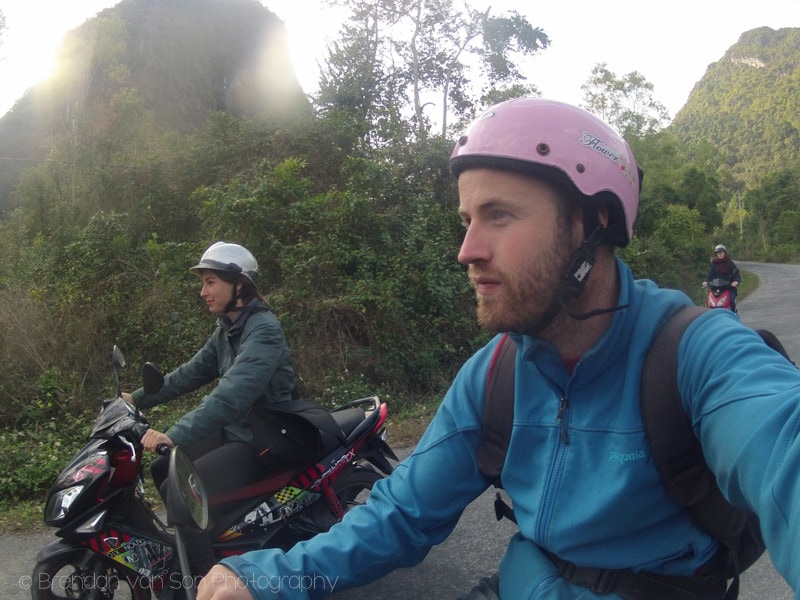 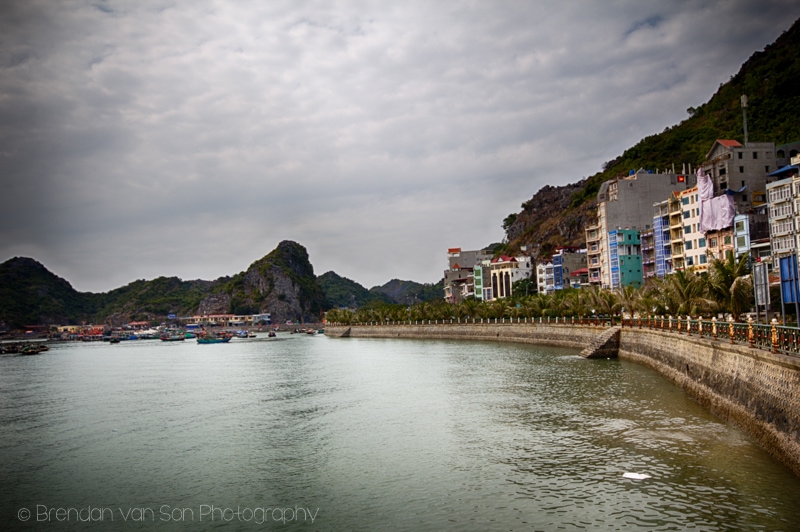 On Cat Ba Island, I’m again reminded a lesson I so often need to be told.  Getting off the beaten path is up to me.  I can just to flow with the currents of the rest of the travellers out there, or I can take swim to the side and enjoy the peak and beauty of this wild river’s eddy.  It doesn’t take much to get off the beaten path, just a little bit of energy, and the desire to explore.