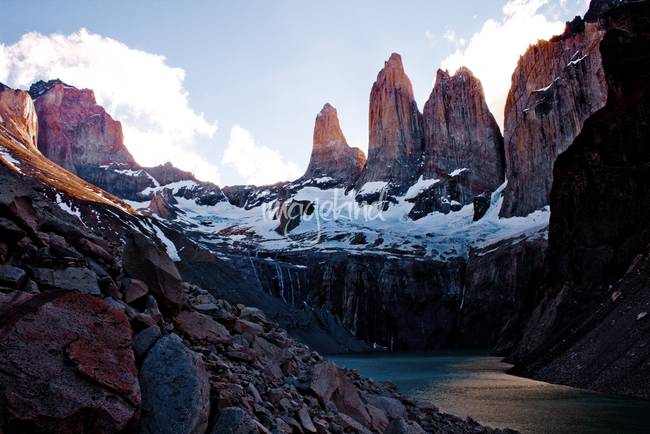 About six months ago I wrote an article called “Traveling Green in ‘Brown’ Countries.”  The article was basically the culmination of a couple environmentally related frustrations I had been having in South America.  My frustrations sat not only with the local society which had yet to realize the importance of the environment, but also with the travelers who seemed to just sit back and watch it all unfold, and often participate.  It seemed only natural to me that the local tourism industry in each destination would work towards a “cleaner” local environment.  There is an obvious correlation between a local environment and the tourism industry.  A clean environment should result in a stronger local tourism industry, and more business.  So why is it that in the past 18 months it has taken me to arrive at the tiny Erratic Rock Hostel in Puerto Natales, Chile before I have found a local tourism agency that is not only pushing for environmental change, but willing to lead the cause?

Puerto Natales is the gateway to the famous Torres del Paine National Park.  The park’s natural beauty goes without saying, and the amount of people who wander through the park each day are rarely let down by the scenery laying before their eyes.  Each and every day hundreds of people enter the park, many of whom spend multiple nights trekking and camping (or staying in refuges) within the boundaries.  Of the hikers, there are few that do not know about the people at the Erratic Rock hostel (http://www.erraticrock.com/) .  Each and every day the hostel hosts an info session for those hoping to hike the park, meet other hikers, or simply rent equipment.  However, what few know walking into the 3 o’clock talk, is that this hostel is leading the “green” effort in Chilean Patagonia.

Each day hundreds of people pack their way into the park carrying everything from tins of tuna to gas cannisters which boil their water and cook their meals.  It’s hard to quantify exactly how many tins of gas are consumed within the park each year, but I would guess that the number could be upwards of 50,000 to 100,000, if not more.  Instead of letting these tins gather rust in local landfills, they are now being recycled, thanks in large part to the people at the Erratic Rock hostel.

Within the hostel itself, cardboard, paper, and bottles are all recycled, among other things.  And to take things a step further the hostel has even turned old tents into shopping bags so no plastic needs to be wasted during a quick trip to the nearby supermarket.

For the guys who run the Erratic Rock hostel, Bill and Rusty, acting within the frameworks of the hostel alone was not enough.  Recently, the hostel has received government grants which they have used to purchase shipping crates to send recycling up to Central Chile where it can be processed properly.  They have also gone as far as to go through the community offering their recycling services to other restaurants and even competing hostels.

The process of changing a region’s mentality towards simple recycling and environmentalism is not something that happens overnight.  However, the guys at the Erratic Rock are beginning to break some of the unfortunate trends.  It is a breath of fresh air, quite literally, to see after spending months in frustration as a result of the lack of progress.  And it is a welcome change to find that these members of the tourism industry in South America have decided not to use the simple excuse of “the facilities simply aren’t available” and, instead, work to put the frameworks into place themselves.

If you’re spending a night in Puerto Natales, make sure you do it at the Erratic Rock.  Beyond the environmental record when staying there you will be a part of a welcoming family that always remembers your name, and who can beat fresh homemade omeletes for breakfast each day?  When you stop in, tell them I said hi.