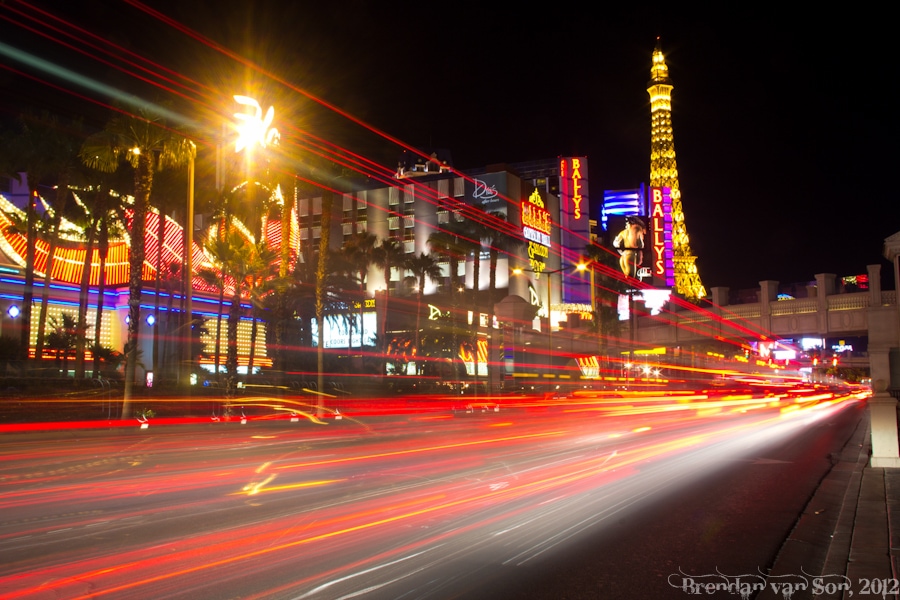 A Las Vegas Hostel has More Characters than Family Guy

It doesn’t take a long look in Las Vegas to find the strange ones, they are everywhere. Vegas is an awkwardly brilliant mix of tourists, people trying to “make it” in show business, and beggers and hustlers. A hostel is Las Vegas, well, it’s much of the same. I’ve stayed in a countless number of hostels around the world and never have I come across such a “manage-a-weird”.

My feet still ached from a long hike through the Havasu Canyon and my eyes still strained from a long drive into the city and I wanted nothing more than an early night an a potential warm shower. The noise, however, as I entered the main hostel reception made me wonder if that was ever going to be possible.

The sound of horribly angry gangster rap cried out from the mouth of a seemingly grumpy Caucasian local wearing a short tidy blonde mohawk. When he finished his loud song, he immediately started talking, which was surprisingly even more difficult to listen to as his gangster beat.

“You know who I wanna to collaborate wit?” the local – who I later found out worked as one of those people that leaves trash fliers under hotel room doors – questioned his surprisingly attentive audience “Adele! I would kill dat track.”

Across the room a wooly bearded German man slurped at a bowl of noodles as he told tales about his goal of travelling to every country in the world, and mars. When asked by a fellow traveller which country had the sexiest women he said in the thickest of German accents “I’m not interested in women, I am not interested in men, I am just interested in travel.”

I sit down at a table with a glass of much needed water and wonder what strange world I’ve walked into. It’s as if I’ve stepped into a Halloween special of the Simpsons.

Although the racket of hardcore rap being sung in the next room has begun to create an uncomfortable throbbing sensation in the back of my head, I can’t help but be intrigued by this clumsy mess of people. I open my computer, pluck my earphones in my ears with no music on and listen intently to the crowd gathered in the tiny room.

A Spanish girl tells of how she is hoping to live for a couple months in Vegas and works as a Burlesque model or showgirl. A top-capped man with a teenager’s rosy cheeks tells of how he is hoping to learn how to do magic, although right now all he can do is pull a rabbit from his hat. Finally, the quietest of the group pipes up and with a nervous rattle in her voice says “I’m not really sure what I want to do, I just know that I was meant to be famous, to be seen on the big screen or on stage. That’s the dream I have every night.”

I peek my head up from behind my computer screen to get a look at the girl. Her hands are shaking, her cheeks have swollen to a blush-bright red and her eyes are wide open as they stare at the roof with stars in them.

“Go get it then girl,” I think to myself somehow captivated by the passion in which radiated from her eyes as she spoke nervously to the group.

I laughed as I entered the room and saw this misfit bunch. Like most probably do, I looked at them as if they were living in a fantasy world, a dream world which they needed to shake out of and find reality. The smile on the face of the girl, however, reminded me of how many people must have looked at me the same way when I told them I wanted to travel the world for a living. The truth is that there is no truer path in this world than one walked with passion. The goal of life should not be to live, it should be to live for what you feel destined to be doing. Whether your dream is to be a musician, a model, a traveller or even an anger-driven gangster rapper you should chase it. No one can reach their dreams without chasing them, no one can tell you whether or not you can succeed, and no one can ever judge the amount of passion you have for your dream.

So what are you waiting for?