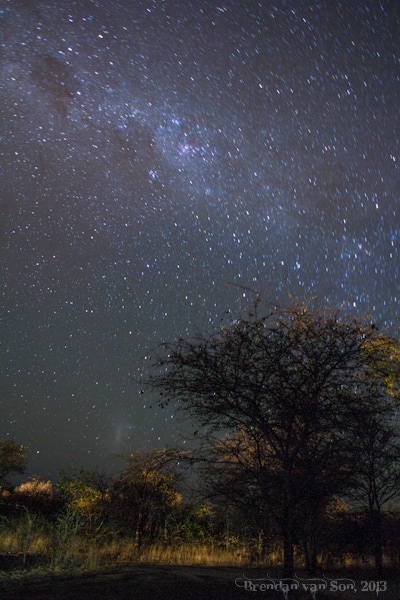 A Night Under the Stars at Roy’s Rest Camp

Namibia has quickly taken hold of my wild spirit.  It is open and wide, and it is picturesque in its near bleakness.  The highways hardly turn and the flat horizon constantly bubbles an oasis in the distance.  Occasionally, a stunning rocky hill protrudes from the ground desperate for attention.  The skies seem bigger here.  As if there is more heaven than earth.  As if there is more wonder than reality. 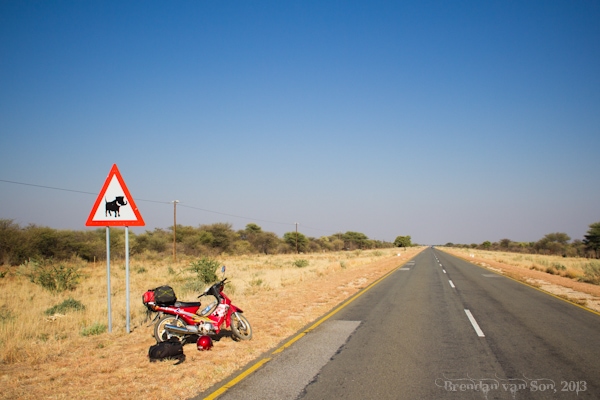 For 3 days now I’ve been driving through landscapes so bleak they’re inspiring.  For 3 nights, I’ve been camped under so many stars you wonder if one will suddenly crash down.  Often they shoot through the blackness so quickly one has to wonder where there off to in such a hurry.

I roll into Roy’s Rest Camp, near the town of Otjiwarongo, weary from the long road and worried about my ability to make it to the next town on the little fuel I have left in my tank.  Roy’s is a quirky establishment which fully encompasses the feeling of northern Namibia.  It is junk that screams “art!” and has a character that rusts elegantly.  I feel like I’m in the Wild West.  I’m certain that if I sit out on the dirt road long enough I’ll spot the Roadrunner being chased by Wiley Coyote. 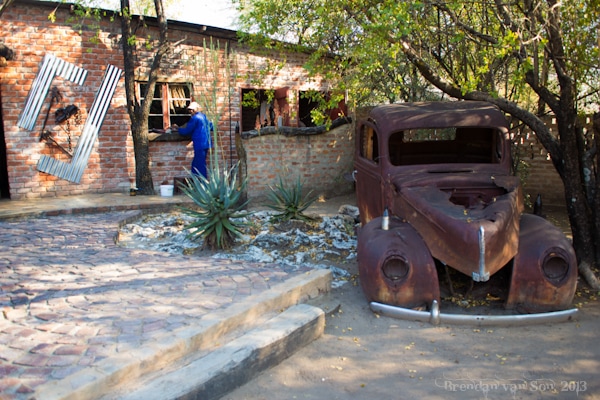 The night pierces the sky quickly at Roy’s Rest Camp.  There seems to be no sunset, no dimming of light, no warning.  One moment it’s light, the next the sky is coated with a blanket of black.  After not too long, that same ceiling speckles in a powder of white as if the gods spilled a shake of icing sugar into the sky.

The Milky Way rips a dramatic white tear into the flesh of the night sky.  Her light is dabbed with hints of purples and blues.  Her wonder is so great that with one look it’s hard not to imagine that there’s so much more to this universe than we’ll ever know.

It makes you feel small, staring up at the Namibian stars.  It makes you realize that no matter how much of this planet you explore, there’s so much more out there you’ll never get the chance to understand.

My camera is set to take some long exposure star photography, so I pull my sleeping bag from my tent and lay down beside it as it works.  There is a calm to the evening.  It’s quiet.  But if I listen close enough I can hear a hornbill rummaging through the branches of a nearby Acacia tree.  I can hear a small antelope grazing carefully through a patch of yellow grass.  I can hear a light wind carry a whistler’s song through the air.  That peaceful song puts me to sleep. 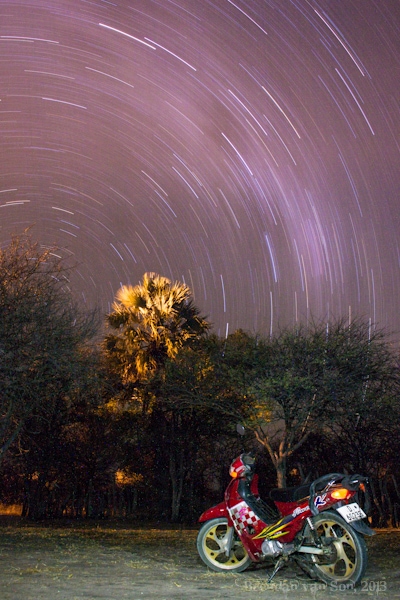 I wake to the rummaging of a small animal and the cracking of light over the horizon.  Morning has begun to warm the air and the starry sky has given way to a purple hue that dances from horizon to horizon.  I look at my tent, prepared and unused.  I grab a quick cup of coffee, pack my gear, and again set off in search of another starry sky, another perfect night.