Jeff taking a nap in the forest.

A Week in Saskatchewan

Every Canadian has their ideas of what Saskatchewan is. We all have our own pre-developed views of what it looks like, and what it feels like. But, very few actually give it the time it deserves for you to move past the stereotypes and truly start figuring out what Saskatchewan is all about.

I’ll be honest. I was one of those people who had not given the province a chance. I’d seen parts of it. I’d seen the prairies. And, the rumours are true: it’s very flat. But, thanks to a week-long photography trip with Tourism Saskatchewan and my buddy Jeff Bartlett, I got the chance to dig a bit deeper into the province most assume is just 99% covered in wheat, and the other 1% in grain elevators. 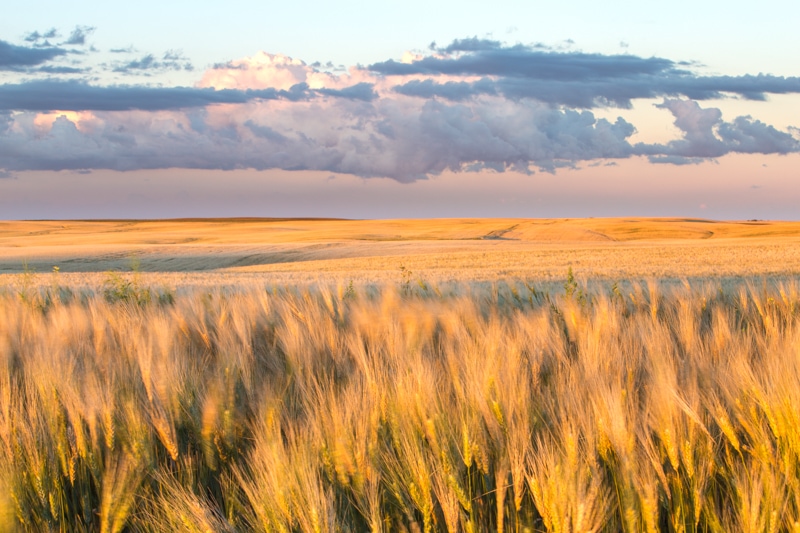 If I’m being quite honest with you, I’d never even heard of Grasslands National Park. Obviously, I didn’t know that there was also an east block to it. Jeff and I made the mistake in not doing our hard research, too. When we got near the park, we realized there was no restaurant, grocery store, or even fuel station in or near the park. We had to make a massive detour to find food, and stocked up for the 3 days we’d be in the park.

After a night of pretty beautiful skies, we set out on a bit of an adventure in the park. We headed out on a hike into a place called The Valley of 1000 Devils. This part of the park is home to some beautiful wild badlands that are relatively untouched. It’s beautiful in there, and there’s even quick sand – yes, it’s a real thing.

That night, we wild camped in the badlands. And, yes, it was wild.

Just as the sun was about to set, we got hammered by one of those epic prairie storms. We were soaked, destroyed, and cold. But, we trooped through it, as the light following the storm was amazing enough to make you forget that all your clothes are so wet they weight 20 pounds.

After our couple nights in the east block, we headed over to the West Block of Grasslands National Park. This part of the park is older than the other, and the infrastructure is better. But, there still wasn’t showers, or a restaurant. So, we were out in the wild for a bit longer.

For me, the highlight of this park was the prairie dogs. There were hundreds upon hundreds of them scattered all over the fields, popping up curiously and constantly. There are also wild bison in the park, but we only saw some from a bit of a distance.

Jeff and I were determined to show more of Southern Saskatchewan than just the flatlands and grasslands. We wanted to try to create a set of images that was diverse, and showcased a little bit of everything the region had to offer.

In our research, we found a place called Great Sand Hills Provincial Park. The information told of sand dunes out in this park. So, we headed out to check them out. And, sure, if you’ve ever been to the Sahara or any of the other major duned deserts of the world, you’ll probably be a bit underwhelmed by these dunes. But, it was still cool to see. Moreover, this region is also home to some of the best bird watching in the province. There are plenty of bird of prey, and the twitchers seem to love seeking out the burrowing owls in the area.

Honestly, I didn’t expect Cypress Hills to be what it was. It’s a beautiful pine-treed park set on a series of hills in the middle of the prairies. And while it might be a bit of an unknown park to outsiders, it’s no secret to people who live in the nearby areas.

I had a great time in the park, and it was the perfect way to wind down after such a busy trip. I headed out on a kayak one night, we shot some cool images in the pine forests, and we even got some jogs and workouts in. Really, the park is a great little escape.

If you’ve been following on social media, you’ll know that Jeff and I continued into Alberta after our project in Saskatchewan. We worked a big project with Google and Travel Alberta packing around a machine called “The Google Trekker”. More on that next time!