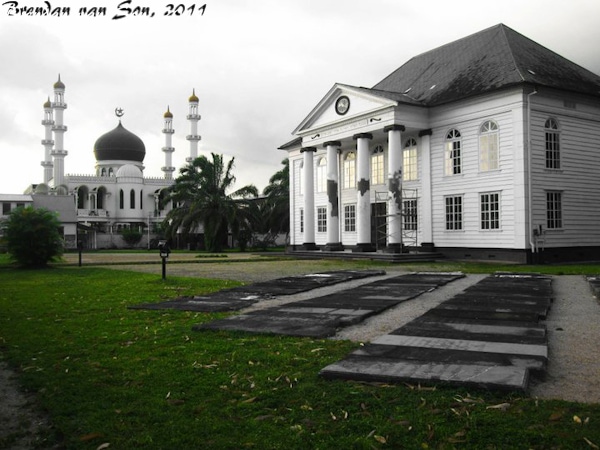 We talk so often about the things that draw us apart as human beings in this world.  We talk of the wars that differing religions have caused, the cultural traits that divide people, and how the simple colour of ones skin, eyes, or hair can cause hate.  All too often we see these items as dividing and competing factors, but in reality there is no reason why we these factors have to pull us apart.  In fact, I firmly believe that with a little bit of communication, understanding and an open mind that these differences in culture can actually bring people together.  In travel, these differences draw us closer to the cultures of people we visit because of our curiosity and willingness to learn.  Of all the places I have ever visited in my life there is no location in the world where so many different cultural entities are not only living in harmony, but somewhat in symbiosis as in Paramaribo, Suriname.

There are few places in the world where such a wide variety of different cultures share the same streets as Paramaribo, Suriname.  Walking the streets of this Northern South American country your ears eavesdrop on English, Creole, Dutch, Portugues, and so much more.  The streets are lined in architecture depicting the European, Caribbean, Asian and Middle Eastern cultures.  It seems as though with each corner turned a new country has been visited.  Where else in the world can you find a Muslim mosqueand a Jewish synagogue not only side by side but sharing a lot of land?

The reason for this cultural diversity is a direct result of the richly diverse history of this secluded country well off the beaten path of the majority of travellers to South America.  Obviously the culture of the longest history in the country is that of the indigenous people who make up only a small percentage of the population.  Of course this Dutch speaking country has a European population, albeit quite small as the majority of the Dutch and Boer community left the country during the countries independence revolution which was aggressively fought and very bloody.  The African descendants, which make up a strong 30% of the Surinamese population, mostly came to the area as maroons hiding away from the slave trade of the coast of Northern Brazil.  The majority travelled into the interior to find hiding and a home in the 18th century.  The largest part of the Surinamese population, interestingly enough, isn’t made up of African decedents, Europeans or even indegenous people.  Instead it is the Hindoestanen population that makes up the largest portion of the population, nearly 40%; the majority of which came in the 1800s on construction work contracts from India, Pakistan and even places like Sri Lanka.  There are also visibly significant populations of Lebanese, Jews, Chinese, and Japanese people living within the city. 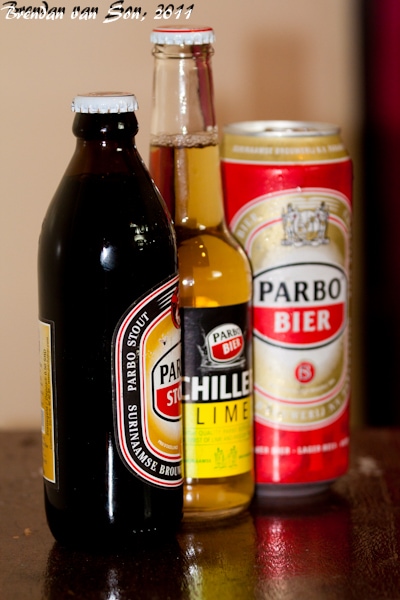 Even the beers are diverse

This cultural diversity plays out throughout the city from the shopping markets to McDonald’s.  As I stood in line for a Big Mac and fries I worried about my ability to point and mumble in dutch, the national language.  I listened intently as the blond girl three places ahead of me in line rattled off her order in Dutch as my nerves grew.  Behind her a black lady, accompanied by her daughter, quickly sounded off in the colourful sound of what I could only assume to be Creole.  And finally as the East Indian man ahead of me in line ordered a family’s worth of food in accented but perfect English I realized that I had nothing to worry about, regardless of what language I wanted to speak.

The history is explainable, the fact that there is such an acceptance isn’t. I have never been a country in the world with such a melding accepting sense of culture.  Perhaps it has grown out of necessity?  Many of the people who have come to Suriname during a point in this great country’s history did so in an escape from persecution, hardship, strife or a combination of all three.  Or perhaps, as the man with whom I hitchhiked from the border of French Guiana to Paramaribo with explained to me, perhaps it’s just a matter of the Caribbean lifestyle taking hold and chilling out the people. 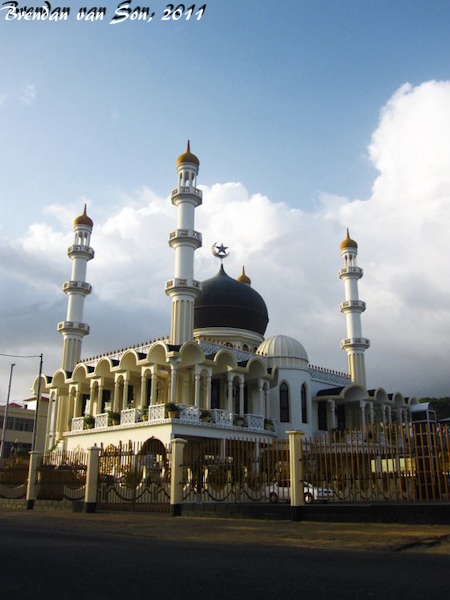 Culture is a beautiful thing that should be embraced and not ostracized.  Watching an East Indian man singing out the songs of African based-Creole, or a black server at McDonald’s chiming out everything from Dutch to English is something special.  There is a point that I came to the realization that the people of Suriname do not fight for cultural acceptance, they value the opportunity to have a diverse knowledge base, and the pride themselves on their ability to accept people no matter where they are from or what their views are, and that’s something we can all learn a little from.  Cultures don’t need to clash they can meld together in unison like two joining hands. 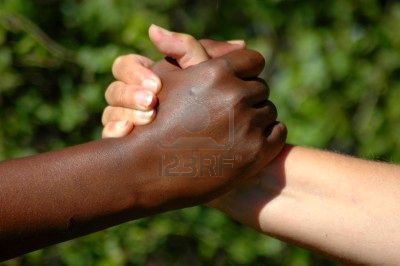