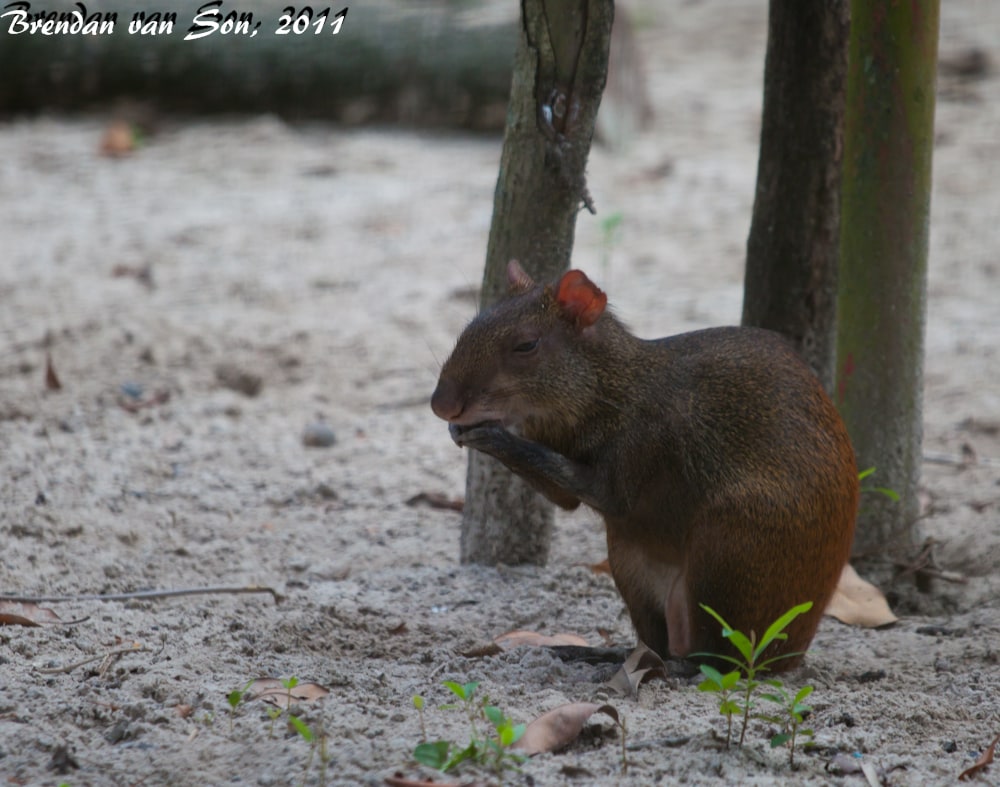 I’ve seen agoutis in a number of the places I’ve been but have never been able to capture them on camera.  Well not in a clean shot anyways.  I’ve seen them as far north as Costa Rica and as far south as the Pantanal of Brazil.  Each and every time I photographed them I got blurry photos.  They are very nervous animals and each time I’ve lined one up within range of my 200mm lens they’ve ran off.  So when this agouti wandered into the park I was wandering through in Georgetown, Guyana and stood nearby nearly posing I knew I had to take advantage of my chance.

One of the most difficult things about shooting animals in jungle environments is that there often isn’t a whole lot of light.  The tree canopy shades most of the light causing you to shoot with lower shutter speeds.  When you are photographing an animal that wont stand still, like this agouti, any photo taken at a shutter speed of lower than about 1/100 will likely come out slightly out of focus.  I normally tell people not to boost their ISO speed at all, but when it comes to moving targets in poorly lit areas sometimes it is worth it to boost your ISO speed to about 200-400.  I wouldn’t go more than that or you’ll end up with very “noisy”  photos.  Also, as I’ve said before, when shooting animals try to shoot them from their eye level.  For this shot I down on one knee.