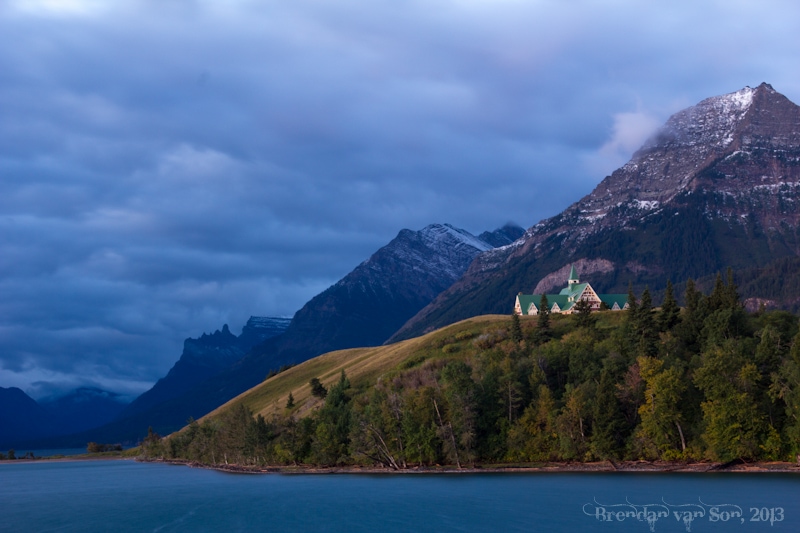 I spent the first 24 years of my life living in Alberta and never once did I visit Waterton National Park.  In fact, I used to run tours around western Canada for about 4 of those years and, again, I never set foot in Waterton.  Places like Banff and Jasper get lots of hype, and most of that hype is perfectly well founded, but Waterton is still completely under-travelled.  Even though I got rained on nearly my whole time in Waterton, I learned quite quickly that this is the perfect National Park alternative for travellers heading to Alberta but still hoping to avoid the crowds of the major attractions.

Part of what makes Waterton National Park so under-visited is the distance from a major airport.  Essentially, you’re 3 hours from Calgary International Airport or 4 hours and a border crossing from Great Falls.  Unlike a quick hop over to Banff from Calgary, it takes a bit of a commitment to get to Waterton.  However, that slog to get here is well worth it, and really part of the charm.

I drove the Cowboy Trail to get here, and am rewarded with a feeling like I’ve got this place to myself.  And really, visiting just off peak season here in September, I do.  There is no jostling for spots to take clean photos, there are no massive waits to get in to the best restaurants, and there are certainly no tour groups crowding the sidewalks.  Waterton it seems, is nature the way it was intended to be viewed. 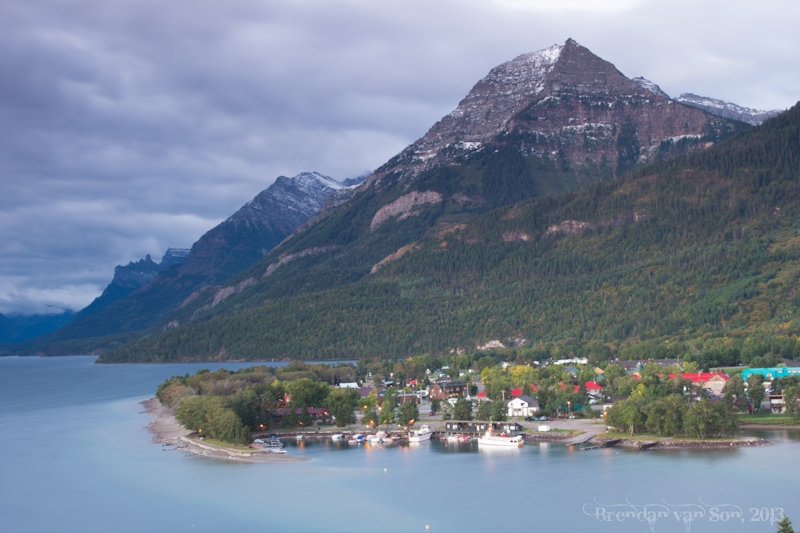 Unlike trails in the more visited parts of the Canadian Rockies like Johnston Canyon that, well beautiful and absolutely worth a visit, can be crowded, most of the region here in Waterton is still very calm.  Even places like Red Rock Canyon, which you might expect to be swamped with crowds of people are quiet. 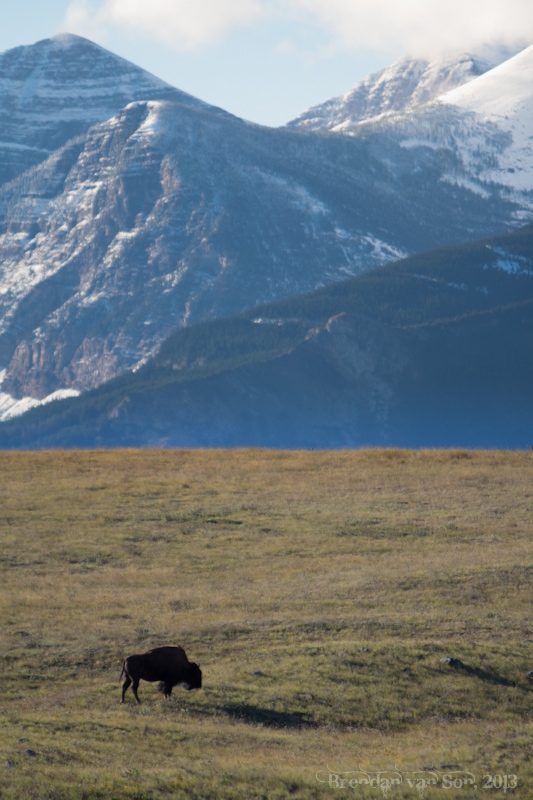 If you’re after wildlife, you can find it here, both wild and contained.  Bears roam the region in high concentration.  In fact, along the hiking trails the first question any passerbyers ask is if the other party had seen any sign of bears.  There are also wolves and other predators in the area, although you’re unlikely to see them.  Deer, on the other hand, are just about everywhere including in town.

For a bit of a contained wildlife experience, you can also visit the buffalo paddock.  The truth is, that after my time on various safaris in Southern Africa, this felt a bit like being in a wildlife park.  Though fenced off, the buffalo occupy a huge territory, and spotting them is more of a challenge than you’d thing.  When you do find them, you’ll be impressed.  They are such imposing figures and stand with a prideful burliness.

In comparing Waterton to Banff or Jasper, there are a lot of similarities.  Here you’ll find wildlife, lakes, waterfalls, canyons, and a comfortable town setting.  However, with sparse crowds and a little more space to roam freely, Waterton makes for a perfect escape from the bustle of the city.  It also allows you to feel entrenched by the natural setting without being so far off the beaten path it might make some uncomfortable.

Though this was my first time to Waterton, and much of my time was dampened by rain, I enjoyed it thoroughly, and it left me dying to explore the park a little more in depth.  I will be back, and hopefully it’s sooner rather than later.