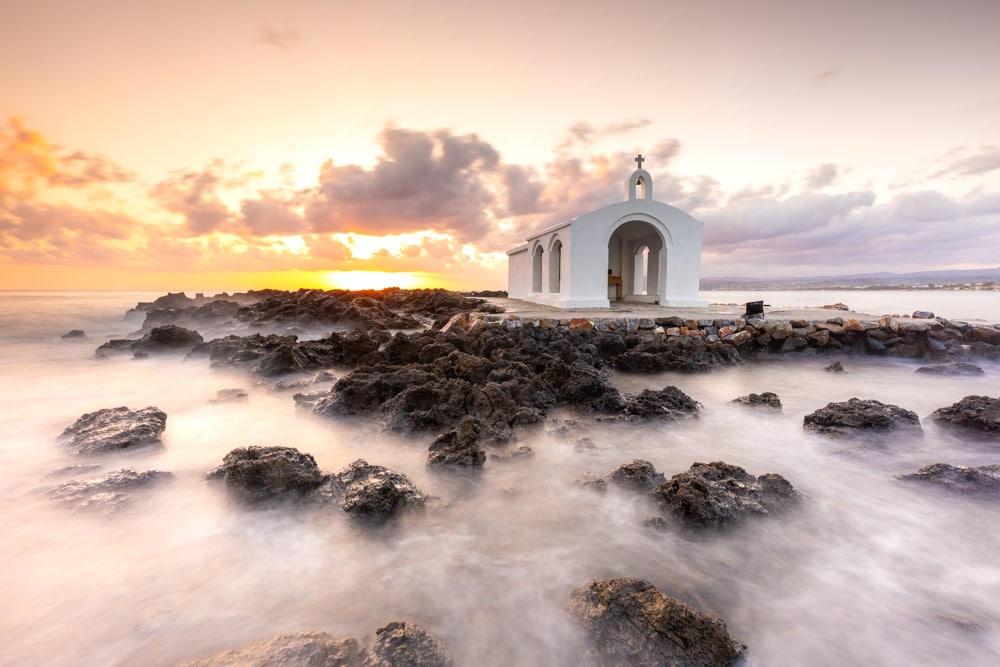 I’m going to be honest, I have a hard time “giving away” some of my locations. I often worry that I’ll return to a spot 5 or 6 years later and for it to be just swamped with photographers. But, the truth is, a quick google search or look on my vlog and you could figure out where this is. Moreover, my channel is partly about trying to help people find epic places to take pictures.

But, as a photographer, you also never want to be the reason a location “blows up”.

The location featured in this blog has all the chances of “blowing up”. It’s just too epic a photography spot for it not to.

This is in the little resort town of Georgioupolis on Crete, Greece. It’s not a secret spot, any local and anyone who has every vacationed in Georgioupolis will know it. But photographers might not be privy to the absolute gold mine that this location is. 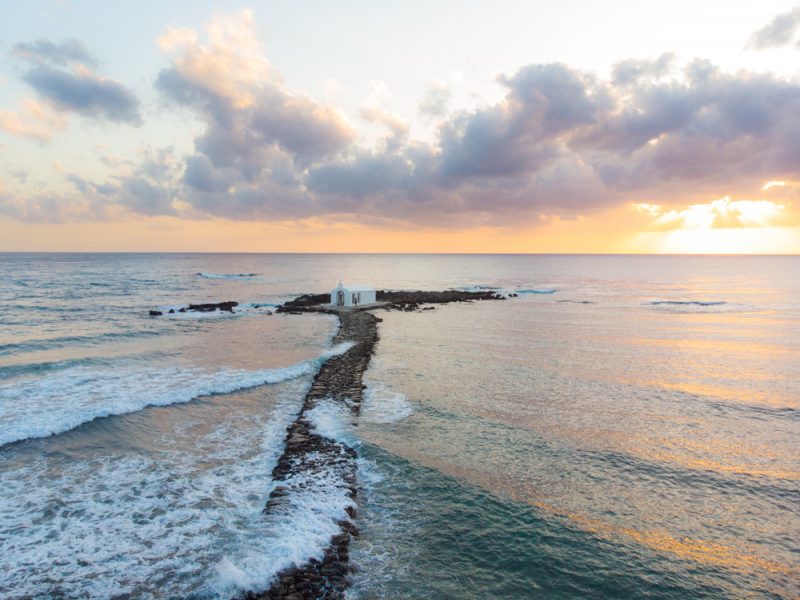 So, how do you get here? Well, it’s about a 30-40 minute drive east along the national highway from Chania. I was coming from Heraklion and it took me 90 minutes on my quad.

When to Shoot it?

Sunrise. At sunset, I can imagine you’d be battling with tourists for photos.

But, I think it’s also important to try to come here during a retreating tide if you can. The seas are pretty relentless, and even if the seas are calm it can be a bit of a battle with the conditions, I would think.

I think there are 2 obvious compositions – maybe a third that I only considered later on.

The first is shooting straight up the wave break. It makes for an obvious leading line, and if you don’t get hit by waves that are too intense I think it would make for a very tranquil photo. Unfortunately for me, I was being hit by waves so relentlessly that I could never really focus and just get a shot.

I think, in hindsight, I would have tried a 1 second exposure here to catch some of the jumping waves. But, alas, it’s a bit hard to concentrate when you’re being battered by waves. 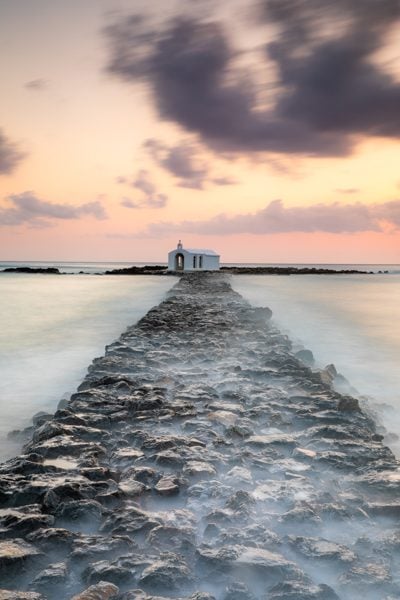 The second composition is to get right up to the church.

You have to “run the gauntlet’ of the wave break. I can’t imagine it’s always as wild as it was when I did it. But, just be wary that it can get a little bit intense.

Once you get up to the church, wade into the water and use the rocks to grab some cool images! 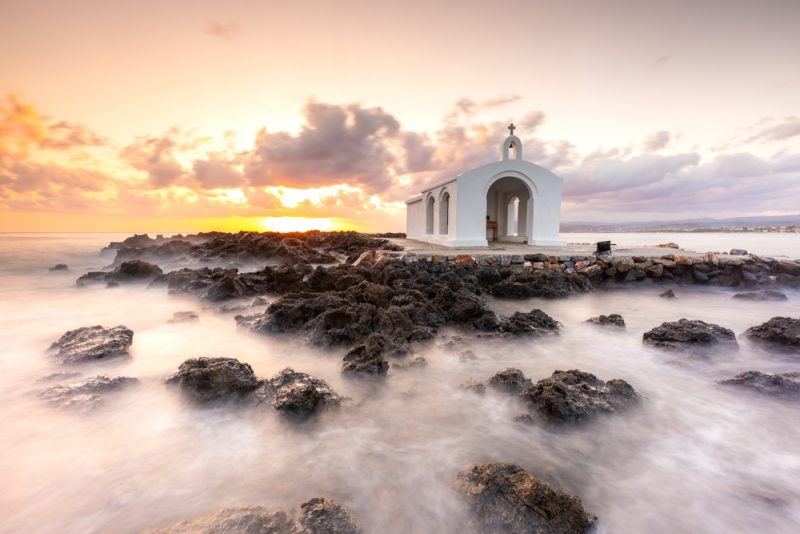 It should be noted that if you have watershoes bring them here. The rocks are a little bit jagged and harsh on sandled feet. But, the water will also be too high for gum boots.

The potential third composition might be to not actually go down the wave break but instead head over to the little lighthouse and shoot with a longer lens. I didn’t scout this, but looking at my vlog footage afterwards, it could probably work.

Jodie and I are packing up for a bit of an excursion. We’re heading to Syros for a couple days of exploration and photography. One of my pet peeves in travel is when people say a place is “the …… of ……”. But, they say that Syros is “the Venice of Greece”, so I’m looking forward to photographing it.

Afterwards, we’ll be back to Crete. I have a special guest arriving in Heraklion for a bit of a collab, which I’m really looking forward to!