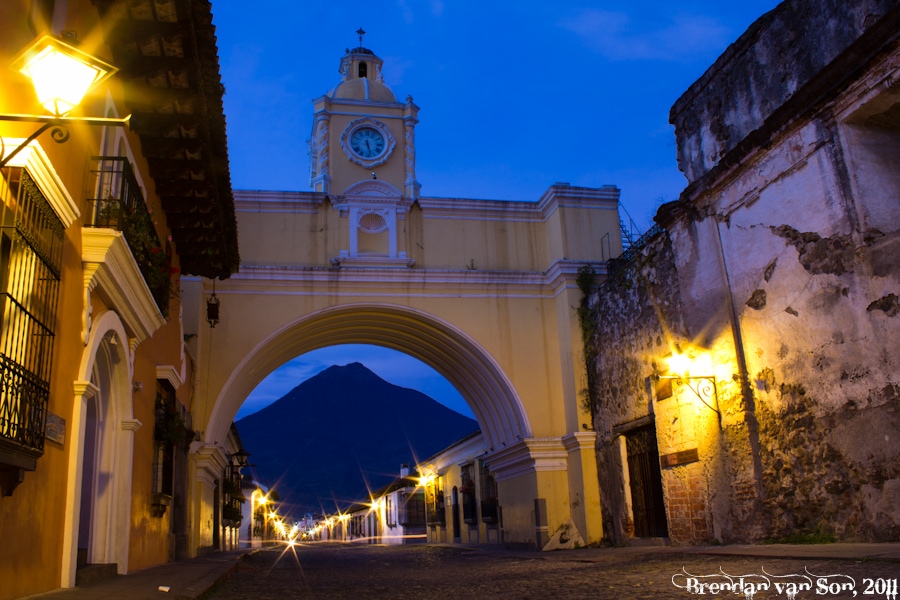 I woke up each day I spent in Antigua, Guatemala attempting to catch the blue morning glow of the sky against the colourful exteriors of the houses and shops that closely line the streets. The mourning light has a way of bringing out a soft colour from anything it touches. The yellow, pink and blue paint of the buildings would be magnified in this early light, although it meant waking up at 4 in the morning for 3 days in a row, it was worth it. The colonial city of Antigua is back dropped by an impressive volcano, and it wouldn’t be fair to photograph the city without incorporating the giant mountain.

I actually used three different, but basic, techniques to get this specific photo of Antigua. I wanted to incorporate the two iconic sites of Antigua, the arch and the volcano, into one image so in doing so I used the technique of framing. The second technique I used involved using lines. Using the lead of the street lights I created a runway in a way leading to the final light which provided the most powerful star. The final technique was that of starring the lights. To create the star effect I shot the scene with a narrow aperture (f/16).