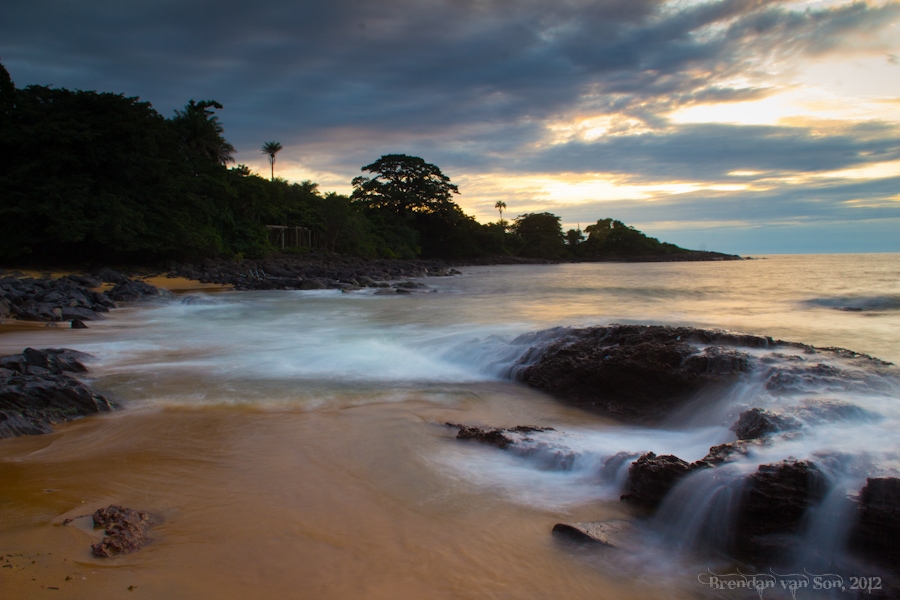 Throughout my time in West Africa I’ve kept saying the same thing: “people don’t think this image when they think (insert country here)!” Truth is, there is just so much potential for tourism in West Africa it’s unbelievable, but yet over the past 2 months I’ve not met another tourist anywhere. Sure, poor infrastructure, inept governance and a brutal history have certainly contributed. But the truth is that I think it mostly comes down to popular perception. For most, the name Sierra Leone draws only images of child soldiers and whatever other image they drew from “Blood Diamonds”. It’s not their fault, it’s the only images they’ve been fed from this part of the world. War. Hardship. Poverty. War. Fighting. Oh, and did I mention war? For me, the name Sierra Leone brings up images of some of the warmest people on earth, an abundance of wildlife, and world-class beaches. I travel to these places in hopes of learning of the realities on the ground.  And my goal is never to change your perceptions, but rather to report back what I see and feel in the world.  In places like Sierra Leone, I hope that my images can begin to help re-shape the perceptions our Western society has created for them.  Yes, some terrible things happened here.  No, we should not forget.  But, in the end it’s time for our perceptions to catch up with reality.

This is one of my images of Sierra Leone, did you think of an image before when you thought the name Sierra Leone?

The truth is I chose the wrong night to photograph this scene. The following night I watched from the beach eating my dinner as the perfect sky set over the water. Of course my gear was all packed away. The light on this night, however was a challenge. The clouds were thin and didn’t hold much light, and there just seemed to be a harshness to the light in general. Moreover, the scene I wanted to shoot was almost directly into the sun, which is never easy. However, I ended up getting the shot I wanted (or something similar anyways), by using a polarizer to cut out some of the harsh light. I shot at a narrow f-stop (f/16) to achieve the movement of the water. And I exposed somewhere between the bright sky and the dark trees to find an exposure that was a bit of a compromise. Obviously, the photo isn’t perfect.  The sky has areas that are blown out and the trees are too dark.  However, there’s a great mood to this image despite its few minor technical issues.  All-in-all, I love this image and it will always say Sierra Leone to me.