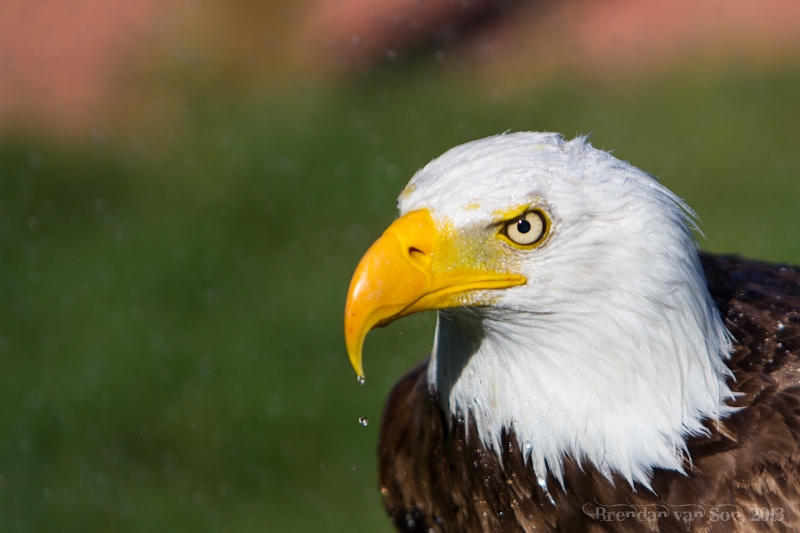 Birds of Prey: Toeing the Line of Conservation

My last stop in Alberta before heading out of the great white north and off towards Europe was the city of Lethbridge.  Aside from catching up with family that live in the area, I made a stop in at one of the more interesting projects in the area: the Alberta Birds of Prey Foundation just outside of town in the town of Coaldale.

For me, the most interesting thing had to do with the landscape and the actual environmental factors involved.  You see, when most people think about the prairies they think of massive flat fields of wheat and canola.  What they don’t often realize is that in terms of natural land, prairies are a gravely endangered habitat.  For such a massive area there is a shockingly small amount of natural prairie habitat left in Canada.  Much of what birds of prey has done is re-create a piece of natural prairie wetland right on the outskirts of Coaldale.  And well people come here for the birds, this bit of work can’t be understated. 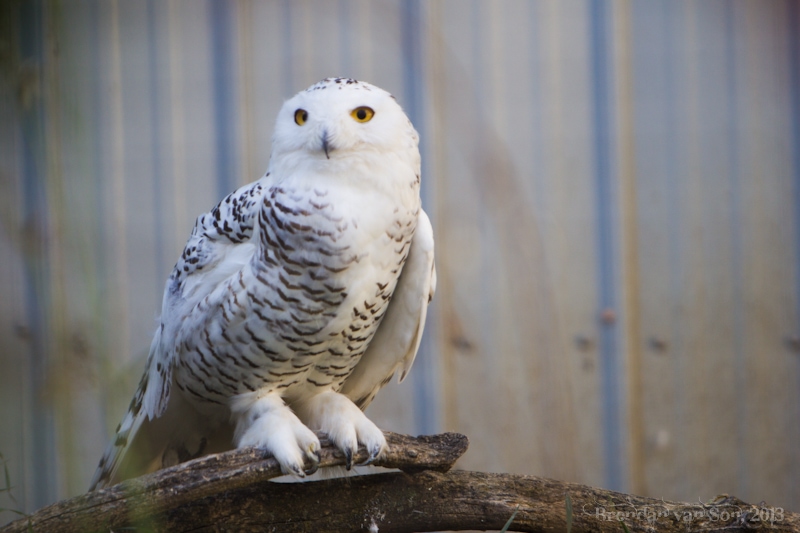 As such, many of the animals, in particular the typical prairie birds are becoming more and more restricted in their movements, or forced to adapt by sharing space with humans.  In fact, the first time I ever heard of Birds of Prey was via family members who had seen a couple baby hawks removed from a nest protected by adult hawks at a local golf course, who were later reintroduced to the wild via Birds of Prey.

Now obviously, it seems like it would make for a more natural solution to just let these birds taken from the golf course be, or play around them.  But the reality is that if organizations like Birds of Prey didn’t exist the chicks would have been put down to protect people from the protective hawks.  Instead, Birds of Prey works like a halfway house for these types of birds.  They come into a place like the golf course, take the chicks from the nest and bring them back to their facilities.  The adult hawks fly off and settle down again somewhere else.  Meanwhile, the chicks grow at the center and then are released once they’re ready.  Of course, they also do things like rescue birds taken as pets, and rehabilitate injured birds. 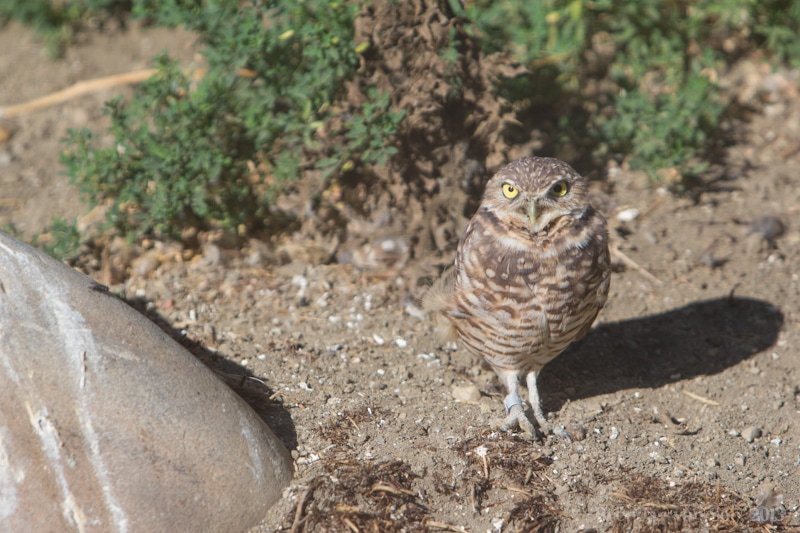 Back at the visitors center, the facilities are set up in a bit of a hybrid fashion.  On one hand, there is all the recreational feel of an open zoo, and the truth is that most people who visit this place do so in the form of entertainment.  On the other hand, there is a massive emphasis on education and rehabilitation.

Walking around the facility with Colin reminded me too that facilities like this, well seemingly toeing the line between conservation and entertainment, these days it’s nearly impossible to work in conservation without the entertainment side.  For one, the conservation efforts need funding, and plenty of money comes through via this channel.  Secondly, the education process is so greatly important, especially among kids.  For many children, it’s visits to places like this that instill that conversationalist mentality into their system.  It’s in places like this that they learn both love and respect for the natural side of life via interaction with wild animals. 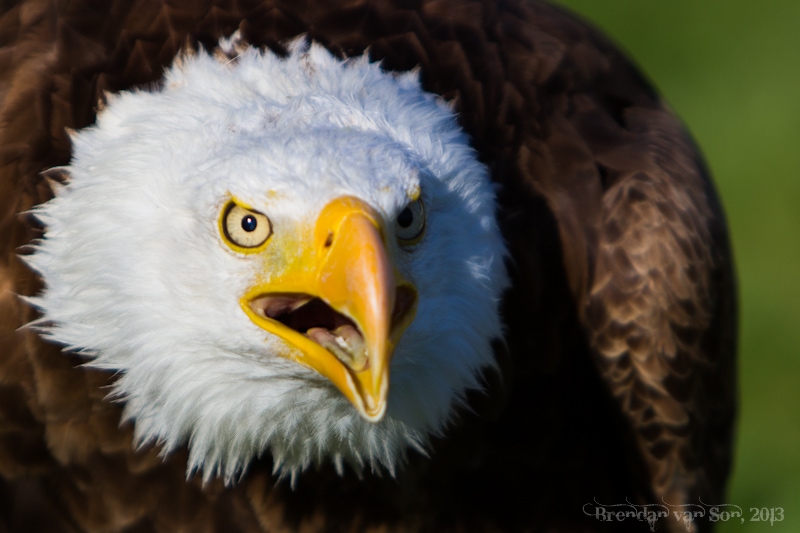 All-in-all, I couldn’t have been more impressed with the work Birds of Prey is undertaking across Alberta.  For a grassroots organization to have the type of positive impact they are having on the region is impressive.  With their work, we can only hope that the beautiful birds of Alberta, from eagles to owls and everything in between, can again begin to thrive.

For more information on the Birds of Prey foundation, visit their website here.