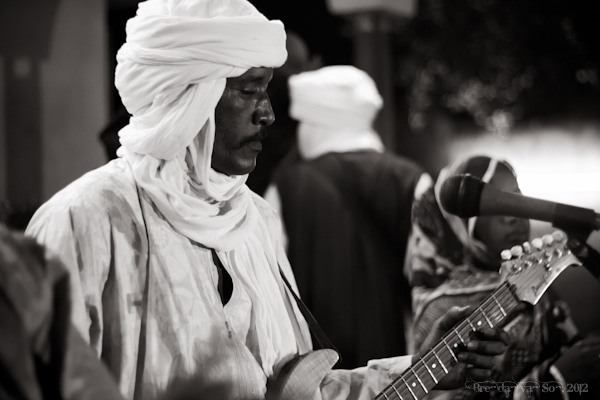 Camels not Conflict – A Night in Bamako, Mali

Camels not Conflict – A Night in Bamako, Mali

Whenever an armed conflict arises I’m always amazed to watch how a people respond in their daily lives.  Certain people take up arms, other people attempt to raise their voices to be heard, and others pick up their guitars and sing.  However, for me it has always been those who go about their daily lives as if nothing is happening that interest me most.  On the streets of Bamako, the majority of people seem completely unaware that their country is divided.  Even when engaged in conversation about the conflict, the usual response is well, this will be over soon.  But the fact of the matter is that there is a conflict, and there are thousands of people who are greatly affected by it.  And in order to raise awareness, and a little bit of cash for displayed people, Phil Paoletta from Phil in the Blank took it upon himself to do something exciting, unheard of, and never before done: a camel drawing marathon.

It all started at the Tuareg Cultural Center, a fitting start for such an endeavour.  The Tuareg have long been a people reaching for independence.  Whether in Mali or neighbouring countries such as Niger, most of the civil conflicts in the region have been wrapped around the idea of Tuareg independence.  In the most recent conflict in Mali, certain factions of the independence movement had tied themselves to extreme Islamist groups with direct ties to Al-Qaeda.  The most recent battle has divided the country in half and has left the north under strict control, and Sharia Law.  Although, as a sidenote, recently the there is fighting between the islamists, which esentially usurped power, and the MNLA (Mouvement National de Liberation de Azawad).

As such, many of the Touaregs who live in the Bamako area have moved out of town worried about distrust from Southern Malians, or even violent reprisals against them.  However, a few remain in town, and on this night many gathered not for talk about politics or conflict, but for a musical escape.  An event which could have carried the name of “Riffs not Rifles,” “Beats not Bullets,” “Guitars not Guns,” or an any other alliteration cliché, quickly turned into a camel drawing festival. 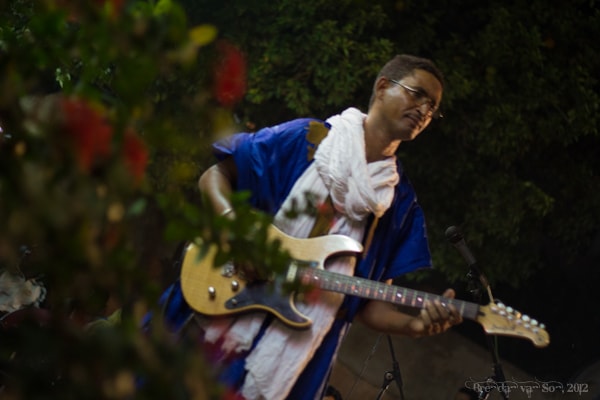 Phil’s promise to those who donated money was that he could teach 100 different people how to draw camels in a span of just 48 hours.  And although the silliness of the “event” was evident nearly every time he stood there explaining to full grown men and women that he wanted to “teach” them how to draw camels, there was more positive energy that surrounded it than could have ever been intended.

After shyly agreeing to taking part, tables would quickly evolve from calm amateur drawing stations to guilds of professional art critiques.  Grown men with straight faces could hold their laughter upon seeing the stick figure camels drawn by their friends.  And soon, the camel drawing experience would turn into an addiction.  In the time of war, camels and not conflict became the focal point of discussion around the tables of the cultural center. 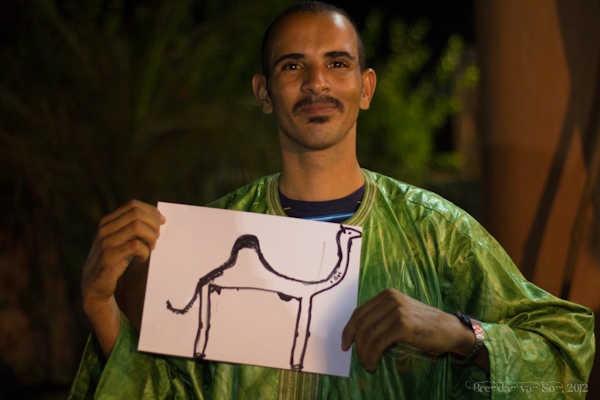 At the end of the day, I don’t know what’s going to happen in Northern Mali.  My gut tells me that ECOWAS troops will eventually be sent in, and rather than encountering massive resistance they will scatter rebels and extremists throughout the desert and into hiding, which could cause a military state rife with high risk for terrorism and guerrila style attacks that could spread throughout the country.

But really, what do I know?  I’m just another Joe with an opinion.  And really, who’s going to take my ideas seriously? I can’t even draw a proper camel. 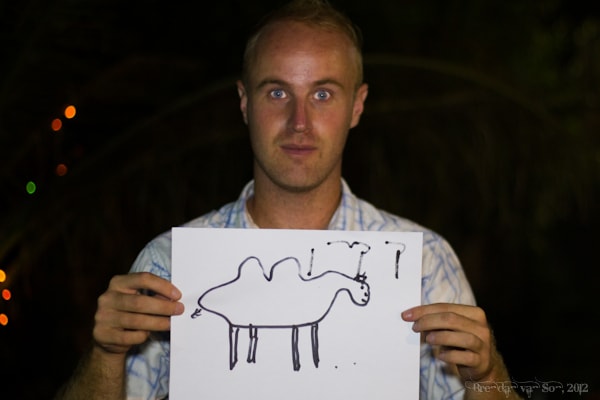