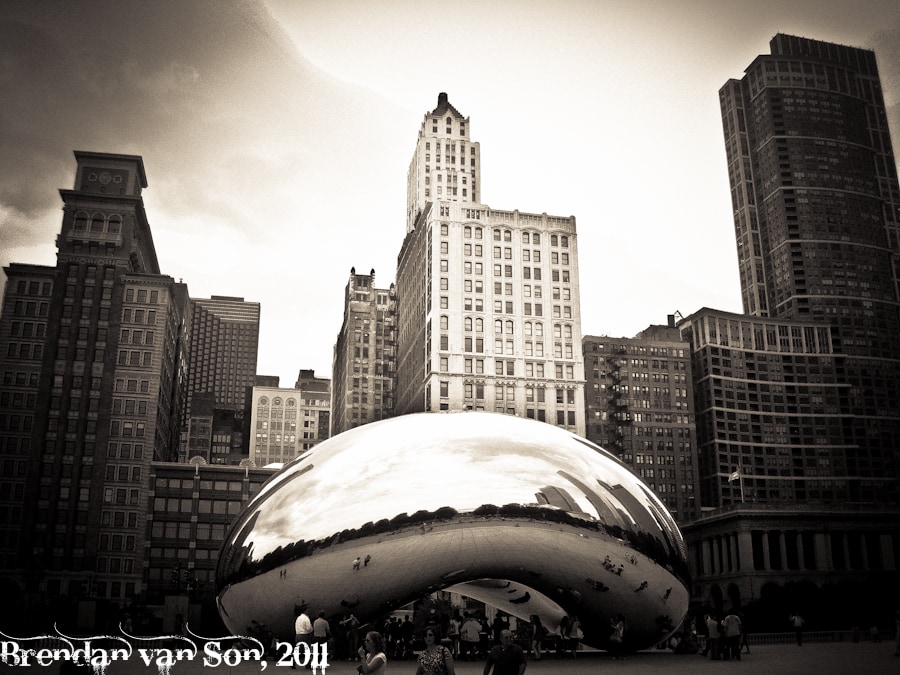 Chicago’s Skyline and “The Bean”

I got a message today from someone looking for images of Chicago, particularly a skyline shot.  I have only been to Chicago once for a couple of days and, although I did shoot a lot of pictures, I assumed most of my shots were pretty poor quality.  However, after going though my images I realized that, for the most part, the photos were quite good aside from the need for a little bit of editing.  I shot all the images while there on a point and shoot camera that wasn’t working all to well, but still, looking back, I got some pretty interesting images; perhaps because I was using a poorly functioning camera. Anyways, I did some fun little edits to the following images and though I would show you how they turned out.  The first image is a panoramic image of the skyline of Chicago, and the second an image of the famous mirror bean.

Don’t give up on an image right away.  Obviously if the image looks horribly blurry even on your LCD you can toss it right away.  However, wait until you get the images home on a bigger screen before you delete them.  Some of the favourite images I’ve taken I hated on the little LCD and then placed them on the computer to see they were much more powerful than I thought.  Also, don’t be afraid to play around with photo editing software with images you’re not too keen on.  The image of the bean was one that didn’t really have that pop to me, but I liked the perspective.  I played with some presents for Black and White on Adobe lightroom and was really happy with the result.