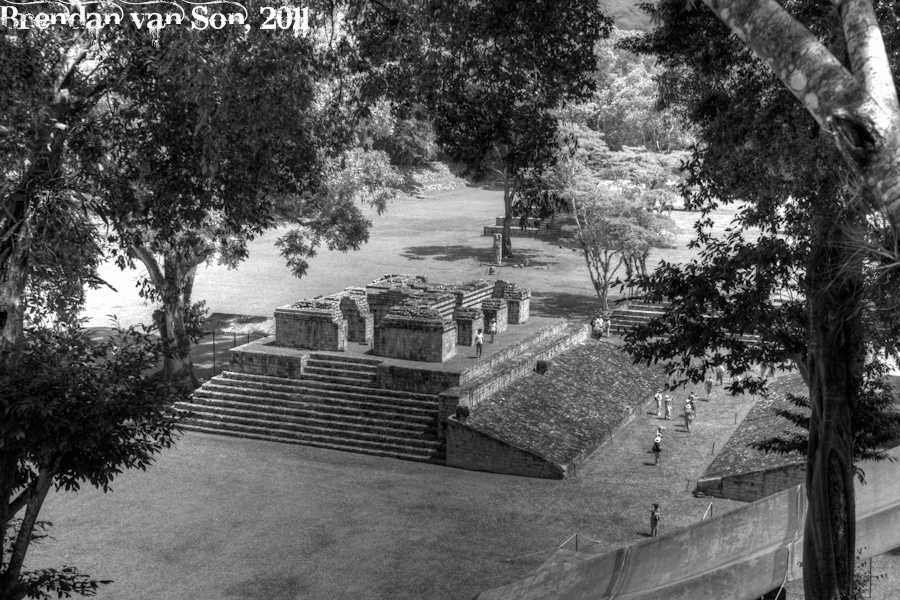 Copan in Black and White

The Copan ruins in Northern Honduras, are the country’s archaeological gem. Stretched across the open face of the Honduran countryside the ruins, like those in Tikal, Guatemala, have a way of drawing the imagination of visitors back to a time long before the arrival of Europeans to the area. Although much smaller than the site of Tikal, Copan was also once a large thriving city with a civilized social and political system. These cities in Central America may not get the same amount of press as the famous great pyramids of Egypt but the truth is that they are as impressive not only in their construction but the stories that they hold.

Copan in Black and White

This shot is the product of a combination of in the camera work as well as post processing. The photo is actually three exposures (one greatly underexpose, one on spot, and a final one overexposed). I have then placed the exposures on top of one and other while tone mapping the exposures to get one perfect exposure with no loss of detail in the shadows or the highlights. I then wanted to give the image a look as if it was from an old exploration. Thus, I flipped it to black and white making the tourists look like archaeologists and not gringos snapping pictures. Photos of ruins like Copan always look very interesting in Black and White because it makes us feel like we’re looking at some of the first images of a site. Note, if your camera has a black and white setting don’t bother with it, simply shoot in colour and flip it to black and white later in one of the photo editing software programs