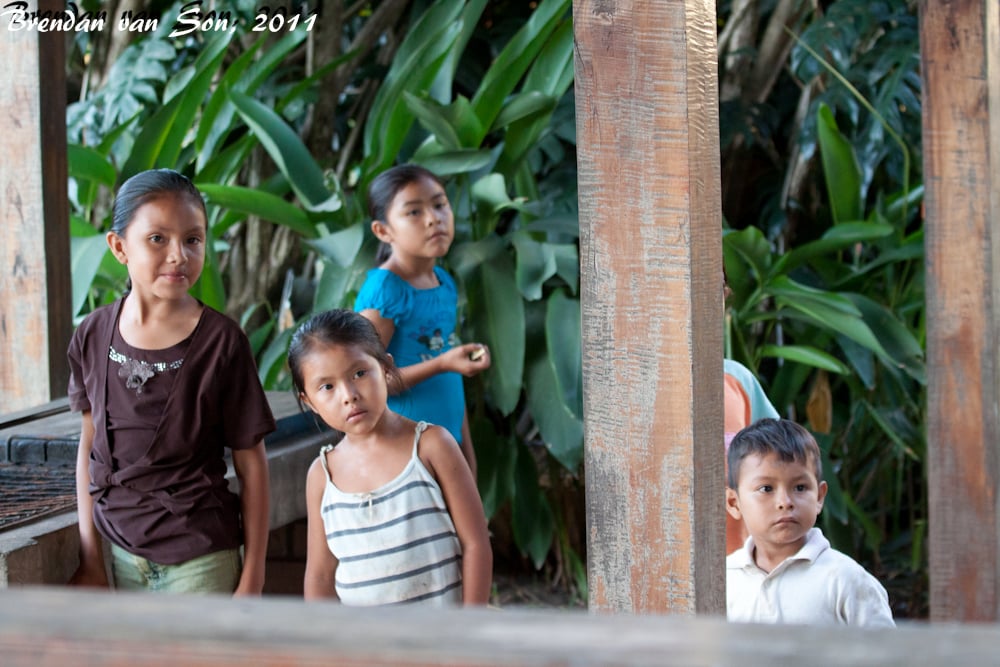 Guyana doesn’t see a whole lot of tourists.  In fact, I can count on one hand how many people I know that have been to the country.  I can probably count on two hands how many people I know that could point Guyana out on a map.  Most of the tourist that do come, however, do so in a whirlwind shooting off to see the impressive waterfall, and then skipping out of the country before really indulging in it.  The interior of the country sits even further from the beaten path.  Most of the indigenous communities in the interior require visitors to ask for special permission to enter, which I was granted on my stay at the nearby Rock View Lodge.  In many of these remote areas people see a foreigner with a big camera and they are excited, thrilled, and sometimes scared.  It is almost as if they are touring you, the tourist, for everyone else to see.  Children are always the most curious, and they always make the best photos.

Capturing people naturally is one of the most difficult things to do in photography.  There are two general techniques for photographing people.  The first is to snap when they aren’t expecting, which I call photo theft.  The second is by building a relationship with the people, asking if they mind you take their picture and then waiting for them to forget you have a camera, or are distracted before photographing them.  I’d be lying if I said I have never stolen a photo before, but I don’t endorse it.  In this case, I asked the older girl if I could take their picture and she said yes.  I then walked behind my guide as he talked to one of the locals, and I waited until the children returned to a relaxed state before taking this picture.  I think that the image captures great emotion.