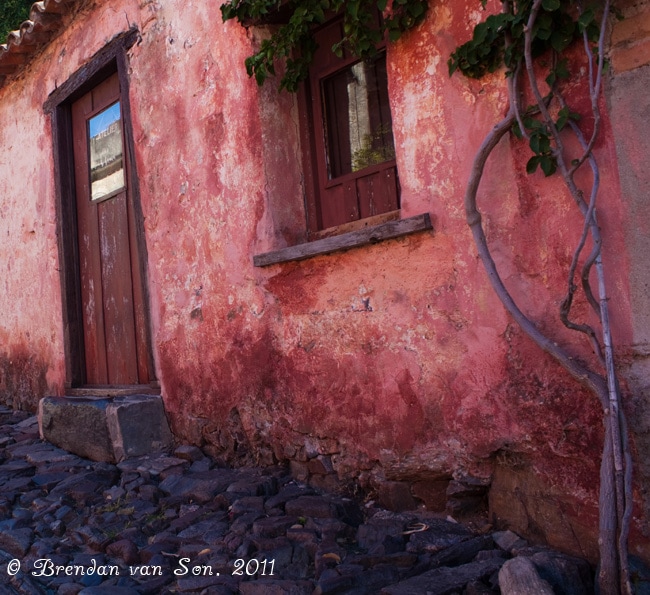 Tomorrow there will be a photo essay on this really cool little city entitled “Old Things in Colonia” so I wont spoil this set up too much.  You will just have to comeback and check the site out tomorrow to see it.

Stand and watch a group of tourists photographing and you’ll be able to see two of the three things they are doing wrong that I’ve done right in this photo.  First of all, they stand up straight, shooting the photo from eye level.  If you shoot at eye level the photo will not only just look like what you are seeing, but a smaller more narrow version.  The second thing is that you’ll see them all shooting from the same exact spot, you need to move around and find different angles.  The thing that you won’t see is what they are trying to stuff into their photos.  Most people try way too hard to get the entire building they are shooting into the photo.  Instead choose some features from it and take just that section in your photo.

Yesterday I posted a photo about the often forgotten but always beautiful city of Montevideo, Uruguay.

Tomorrow I will, as I mentioned, be posting the photo essay from Colonia del Sacramento.