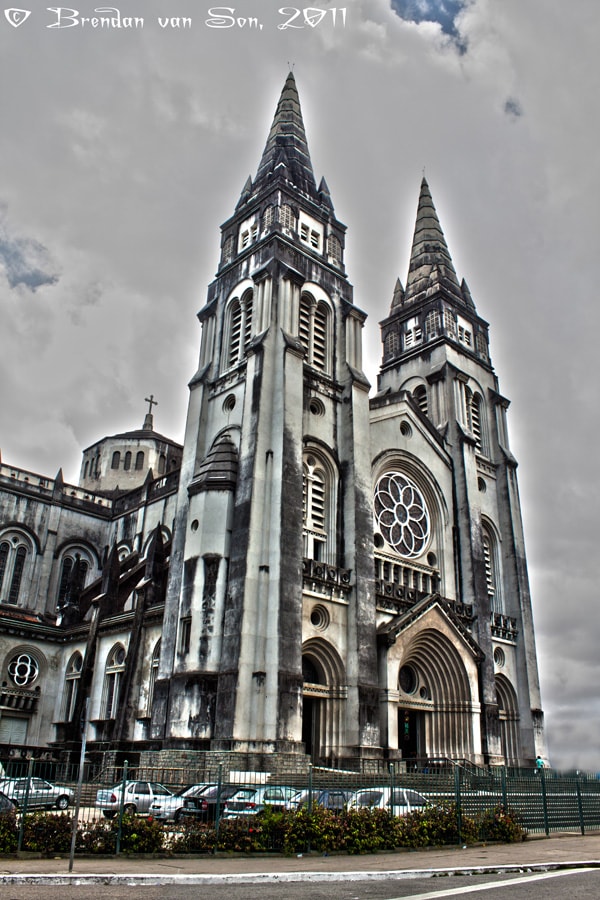 I traveled north to Fortaleza, Brazil and mostly had the intention of just spending a couple of days on the computer catching up on work that got missed during the craziness of Carnival.  When I got to Fortaleza I realized I what I needed wasn’t to catch up on work, it was to catch up on episodes of How I Met Your Mother.  Seriously, sometimes you just get tired of traveling, and sometimes you even get tired of writing about traveling.  I think every now and then you need to sit back and take a TV day or two to recharge.  I am not really proud to say this, but in Fortaleza, Brazil I didn’t go out much.  I didn’t explore very much of the city, and I didn’t get very much work done; but I did get recharged, which is equally important.

On the day I finally left, I decided I wanted to check out the Fortaleza church that was listed in the hostel amongst the things to do.  I actually really did not expect much as the churches, to me having traveled South America for 2 years, all start to blend together.  However, I really loved this church.  It was gothic looking, a bit warn down, and absolutely majestic in its own way.  It reminded me of something out of a vampire movie.

Obviously, I’ve edited the shot.  For those of you who aren’t photographers this is an HDR (High Dynamic Range) photo.  As you know photography can often reduce the range of lights captured than that of your eye.  So what many do is take 2,3,4 or even 5 exposures of the same photo in order to capture every bit of light possible and then combine them into one photo.   If I’m being honest, this is a really bad version of an HDR.  I only used two exposures and I didn’t tamper with the editing too much that’s why there is haloing around the edges of the church.  I had thought of touching it up to make it look less cartoon-ish, but then found that I liked the feel it portrayed.  I liked how it made the photo look even more like a scene from a vampire movie.