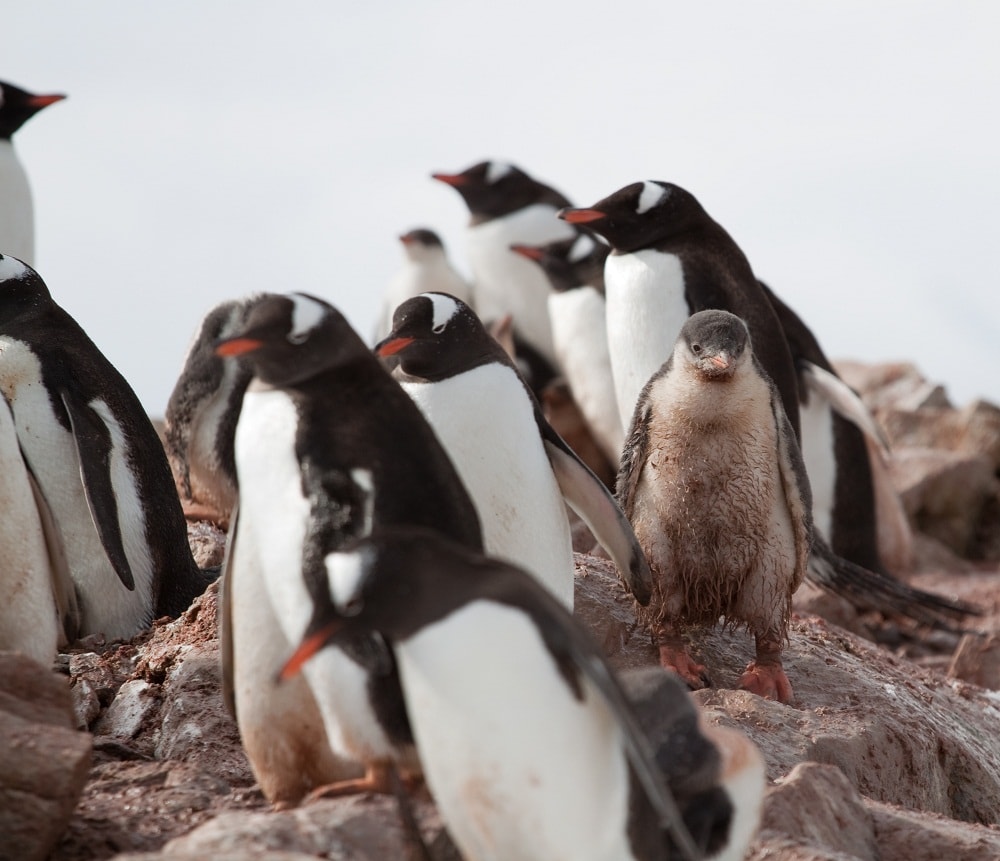 I had been meaning to save this shot for “penguin thoughts” but it was just too good.  This photo was taken on a little island just off of the Peninsula of Antarctica called Peterman Island.  I stood and watched a group of healthy chicks sticking close to their parents for a while.  However, this one started to look like it was lost.  The perfect misfit penguin.

Patience in wildlife photography is something that is so important.  I stood waiting for this chick to turn its head towards me while all the other ones turned their heads away for about 20 minutes.  It is also important to visualize the type of shot that you want, you should be trying to capture a moment rather than a picture.  That being said, always be flexible enough to grab another shot while waiting for the one you want to materialize.

On Monday my Antarctica series will sadly come to a close here.  My last post will be a long anticipated grouping series of penguin pictures which I’m sure you’ll like. Don’t worry though, after the Antarctica series some great stuff will be coming from Buenos Aires, Iguazu Falls, Ihla do Mel, and Rio de Janeiro.  The Adventure is always in motion, let’s keep it moving!