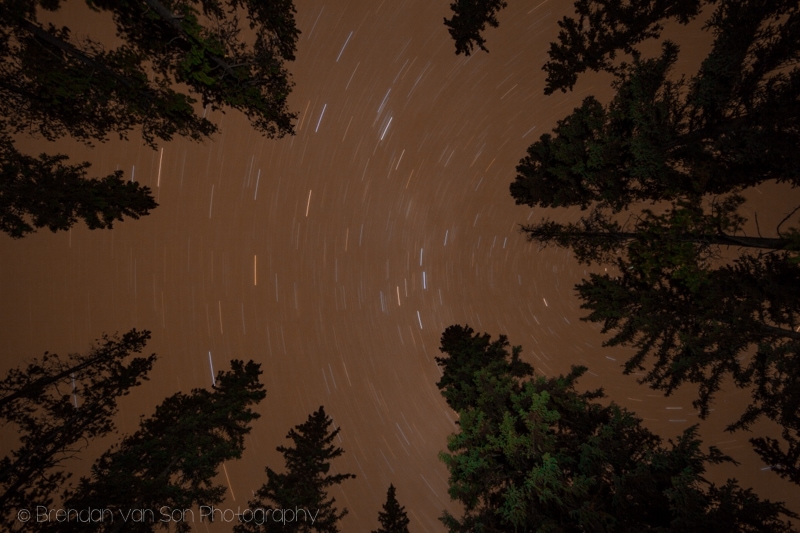 This is what the dark sky is all about. Shot this over 20 minutes. Lit the trees subtly with my headlamp.
PhotographyTravel Photography Blog

On Location at the Dark Sky Festival in Jasper National Park

It’s been so much fun being back in Alberta despite the fact that the weather is starting to scare me.  I got a huge taste of what I love about Alberta when I stopped in for the weekend at the Dark Sky Festival in Jasper National Park.  Of course, my visit to Jasper was also speckled with a few reminders of why I haven’t spent a full winter in Canada in the past 6 years: it’s cold.

In Jasper, we flickered between glorious moments and ducking blizzards.  There really wasn’t a dull moment.

Besides the photography, the trip included some really cool media events like the Q&A with Chris Hadfield you saw a couple days ago that went viral crazy on YouTube.  We also hit up one of my favourite restaurants in Alberta, Evil Dave’s Grill, for a special dark sky themed culinary night featuring some of Canada’s best chefs.  We capped it all off by catching the Jasper Tram up to the top of Whistler’s Mountain.  All in all, an incredible weekend.  Check out the video for the clips.

Despite what I mentioned in the video, Jasper National Park is now Canada’s second largest dark sky preserve as Wood Buffalo National Park has now taken over as the largest.  And, essentially, what the dark sky designation means is that the amount of light pollution in the area is below a certain level.  The Dark Sky Festival in Jasper celebrates that designation.  There are loads of events set up that promote the dark skies: telescopes to check out the stars, a star photography workshop, and speakers like Chris Hadflield that can talk about what it’s like to be up in the truly dark skies.

Why are the Dark Skies Important?

I think, quite often, we think about the dark sky in a really human-centric manner.  At the Dark Sky Festival, most of the talk was about “we need the dark skies so that we can enjoy the wonder of star gazing.”  And well that might be the selling point for most people in the world, we often forget that we need to preserve the dark skies for the various wildlife that depends on the night.  It’s so easy to simply forget how many nocturnal animals there are in the world when it’s animals like bears, elk, and deer that are up in your face.  So, yeah, being able to see the stars as a human is great, but the preservation of non-light polluted skies is really something that goes beyond our own desires.

Photos from the Dark Sky Event

I’m a travel photographer, and the biggest selling point to me about the Dark Sky Festival was the opportunity to shoot some star photography.  Unfortunately, the weather conditions weren’t great.  We got clouds on two nights.  Also, when you’re shooting star photography in the mountains you really want a faint amount of moon light so that your scene lights up a bit.  There was absolutely no moon in the sky during our stay. That said, Jasper National Park is such a beautiful place night or day, and even in just a three day span I still managed to capture a really nice variety of images.  Check them out:

What’s next on the Photography Blog?

Monday, I’ve got a massive announcement in regards to a photography tour and workshop that I’ll be running in May.  Stay tuned for that as well as other on location articles and some more gear reviews.