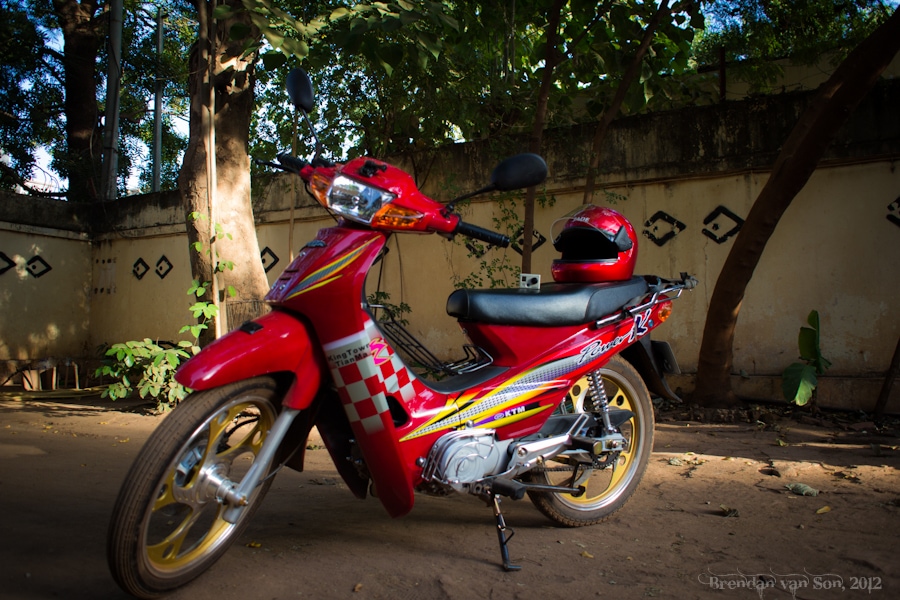 Since arriving in Africa, I’ve dreamed of having just a little bit more freedom.  Teased by moto rides in Guinea and Sierra Leone, the desire to get a feel for the open road, to travel on my own clock, and to truly be free to my own devices has been festering stronger and stronger.  And as of today, I’m pleased to announce that it’s all about to go down.  I’m going to drive a scooter from Bamako, Mali to Cape Town, South Africa.

I want to introduce you to my scooter, Anne Murray (Yes, I really named her that).

Yes, really.  To be honest, I have been craving the freedom of my own vehicle since realizing the challenges of West African public transport.  Moreover, I’ve realized that although taking public transport has given me a nice bit of interaction with the locals I’m also missing out on a lot as well.  I think I underestimated the lack of tourism infrastructure for non-rich travellers in Africa.  Everyone is on a tour or has their own vehicle.  Because I’m tied to public transport, I haven’t been able to stop along the road to take pictures, drive off route to special sights, and most of all I haven’t been able to travel when I wanted to travel.

How Did this Come About?

Like all my crazy ideas, I had this idea in the shower.  Before even completely drying off I had shot out an email to HostelWorld.com seeing if they wanted to team up with me on this, and really how could they not?  Thus, I am very gracious in thanking HostelWorld.com for helping to sponsor this incredible journey.  It’s obviously going to have some serious challenges, in fact just getting the thing licensed has been a challenge, but it will certainly also result in a plethora of stories. 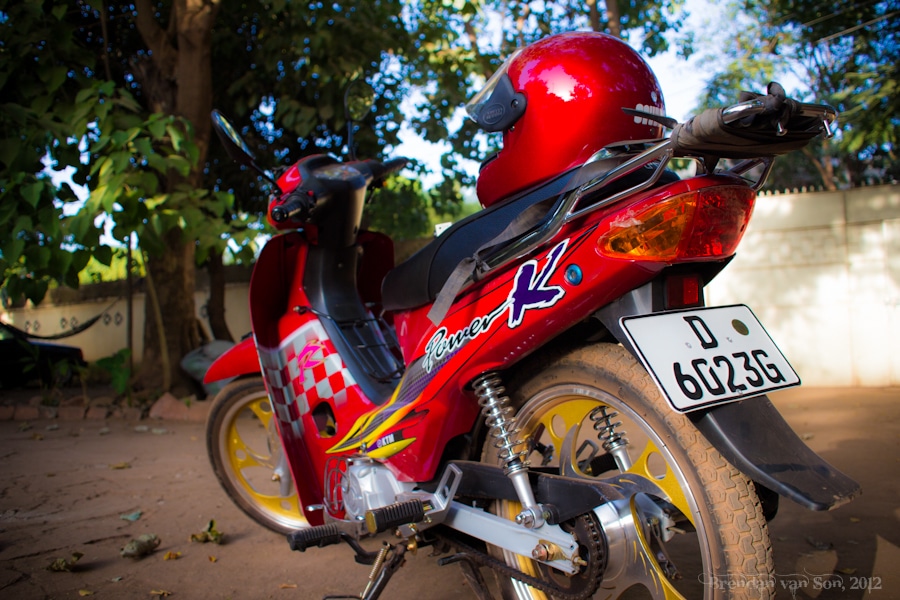 Why a Scooter? Are you Mad?

To answer your question in brief, yes I am mad. But moreover, there are a number of reasons why I’m doing this on a scooter and not in a 4×4 or even on a bigger bike.  I’ve listed them for you here:

Logistics? How are you doing this?

The beauty of this trip is that there are going to be a tonne of different ways to follow along.  Both myself and HostelWorld.com will be pumping out content from the trip on the various social media networks.  Below are some of the best ways to follow:

I am heading off tomorrow.  So be prepared for some great adventure footage from the road!