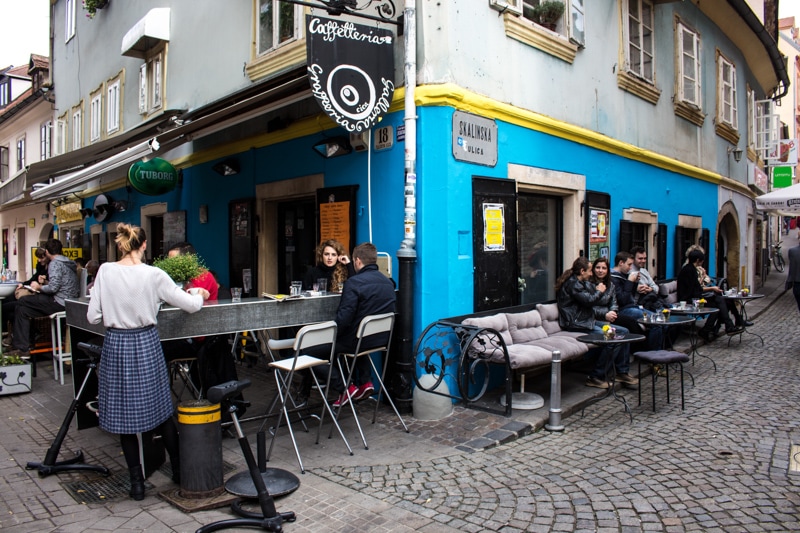 I was pleasantly surprised with Zagreb, and maybe it was just part of getting away from the dull urban rock pile that is the Western European city and somewhere with a little more life.  Though we really only had one full day to explore Zagreb, we really did make best use of our time in the capital of Croatia.  We started by wandering through the heart of the city.  It was quite lively with a wine garden, lots of live music, and plenty of good food.

Eating in Zagreb started in the heart of the city and had us at a local street restaurant where I grabbed a Croatian mixed grill that was basically just a pile of various meats on chips.  Tiffany was much more conservative instead chowing down on some hamburger and chips.  For dessert, we wandered deeper into the old town of Zagreb and hit up a place called the Cookie Factory which is incredibly popular with locals and tourists alike.  The food was unreal, as Tiffany devoured apple crumble and I made a mess out of a double chocolate cookie sandwich.  We finished off our day with sushi which we were craving like crazy.  But, if I can recommend one thing about dinning in Zagreb, it’s stay clear of this sushi place.  We waited for ages and then watched a local politician came in and got special treatment as we had to wait even longer.  The sushi was only average at best anyways.  Stick to the local grub in Zagreb.

Anyways, that’s it for Eating in Zagreb, next food video will have us off in the city of Split, Croatia.  Stay tuned!