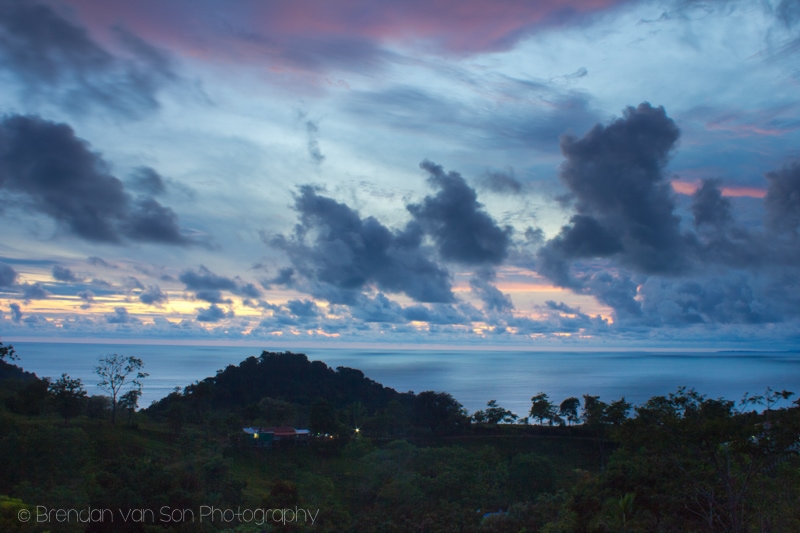 Everyone’s got a Poo Story

It’s crazy to think that it’s been nearly 10 years since I made my first ever solo backpacking trip.  It’s a little bit embarrassing thinking back to the green traveller I was back then, the travel mistakes I made, the way I acted so naively, and of course, the times I got sick.  Since then, I’ve found myself ill more times than I can count.  From extreme issues like malaria in Central Africa to more typical issues like traveller’s diarrhea, I’ve had pretty much ever travel illness you can have.  But, of course, the most memorable stories are always the poo stories.  And as the saying goes, everyone’s got a poo story.

The first of many of these poo stories takes place on just the fifth day of my first ever backpacking trip, one that started in Costa Rica.

Unbelievable to most who know me know, back when I started travelling, I was a bit shy.  In the town of Manuel Antonio, I had just been invited to join a group of extremely attractive American girls to dinner down in Quepos.  After eating traditional Costa Rican casado for the first  days of my travels, I was glad the girls chose a pizza place.  I had a salami pizza, got on quite well with the girls, and then we made our way back to the bus stop to head back up the hill to the hostel.  After waiting a minute, my stomach gave a bit of a rumble.  The type of growl that warns you that farts can no longer be trusted.

I lied to the girls.  Told them that I had forgotten something at the restaurant and that I’d meet them back at the hostel when I’d recovered it.  Of course, I hadn’t left anything, but rather picked something up.

I scurried down the hill butt-clenched looking for a gas station, public toilet, or, hell, a solid bit of rain forest to squat in but couldn’t find anything.  I shuffled down a street to a small farm house and rapped on the door reciting the words “baños, baños” over in my head so that I could beg the words when an owner finally opened the door.  Of course, the door was left unanswered, and the call of nature was about to leave me no option.

The street outside was fairly busy with pedestrian traffic, and without any other viable option left I turned around the farm house and found a small shelter.  Upon opening the doors, I realized I had no more time.  I stacked a pile of bricks like a throne in the middle of the floor, and destroyed all sense of dignity I had earned in my previous 20 years of life.

After cleaning up the best I could with a set of rags I had found in the shed, I opened the door only to come face-to-face with a Costa Rican man who was 5 feet tall and 6 feet wide.  He looked up at my red face with a confused glance, and I said to him some of the only words of Spanish I knew, before running away as fast as my still clinched cheeks would let me. 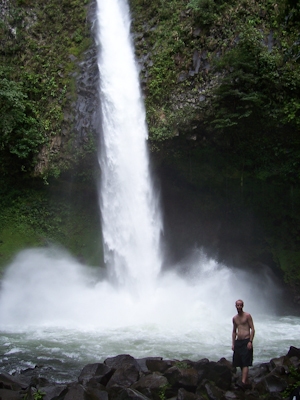 It’s funny to think back on things like this, although I’ll never be able to forgive myself for the horror I left that poor stout Costa Rican.  Maldito gringo! He probably still curses me every night before he goes to sleep.

But the truth is, this is just something we have to deal with when we’re travelling some times.  And, sure, we can try to take preventative measures when we’re out travelling.  We can avoid street food, avoid fresh unpeeled vegetables, and stick to foods we know.  But doesn’t that take away all the fun of travelling to begin with?

Anyways, the moral of this story is that everyone poops, and it’s nothing to be ashamed of.  All we can do is be as best prepared for it when it does take us down.

Now, since that original travel poo story I’ve had countless more.  But, thankfully, the meds have come a long way as well and help us get through this much quicker.

This article, has been promoted by a brand of oral medication that helps fight these issues of traveller’s diarrhea called Dukoral.  Because when you’re travelling, you can’t always avoid a fight with Montezuma, but you can ease the suffering considerably.  And, to enhance your travel experience, Dukoral is also hosting a competition on their website worth a $1000 Air Canada voucher or a GoPro camera.

If you’re wanting to win the prize of a GoPro Camera or the Voucher for Air Canada, all you have to do is head over to the Dukoral facebook page and take this quiz to find out what kind of traveller you are. It’s that easy.  Are you the type that lays on a beach sipping mojitos, the type the jumps out of airplanes with a parachute, or maybe the type that has a good poo story?  Find out on their quiz.  Also, be sure to follow Dukoral’s travel tips on twitter.

I told all you sweet Canadians out there that I’d finally have a competition that excluded the Americans.  Unfortunately for the others, it excludes them as well.  This contest is open to residents of Canada only.  Moreover, you must be above the legal age in your particular province.