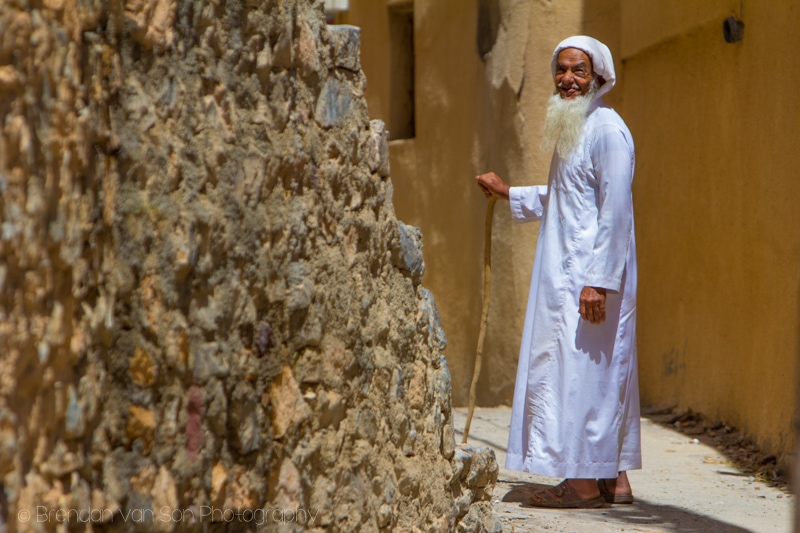 The third day of my photography tour through Oman started quite slow, and didn’t seem to be providing anything really worthy.  The day started in the town of Bahla which was moderately interesting.  We visited a pottery maker and I attempted to make some portraits of him as he worked, but the light was really strange, and there was lots of colour cast emanating from the clay he was working with.  From there, we headed to the mosque where we caught a bit of the morning soft light, but really wish we had been there an hour or so earlier. 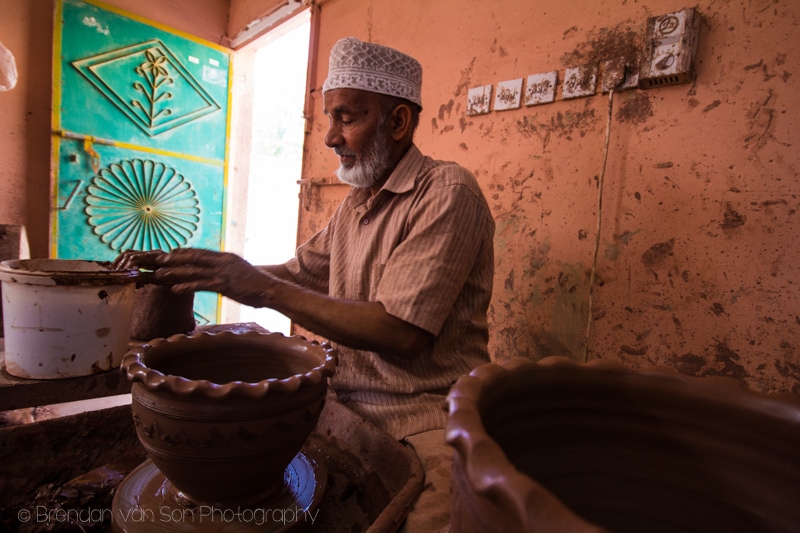 This shot of the pottery maker in Bahla was shot on my wide angle lens. I tried to get some of his work mixed into the foreground of the image, but I was fighting the light the whole time. 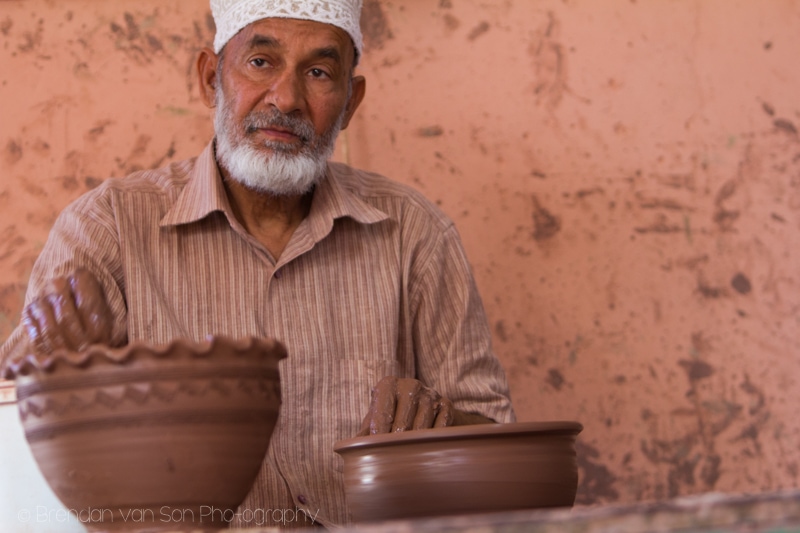 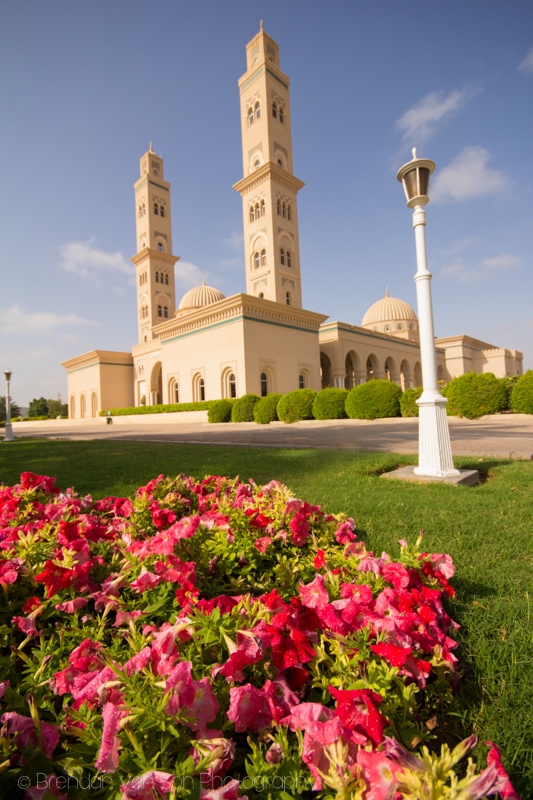 The mosque of Bahla in the morning light. The key to a good image is often to have three elements. In this one, I used a garden, a street lamp, and the mosque. 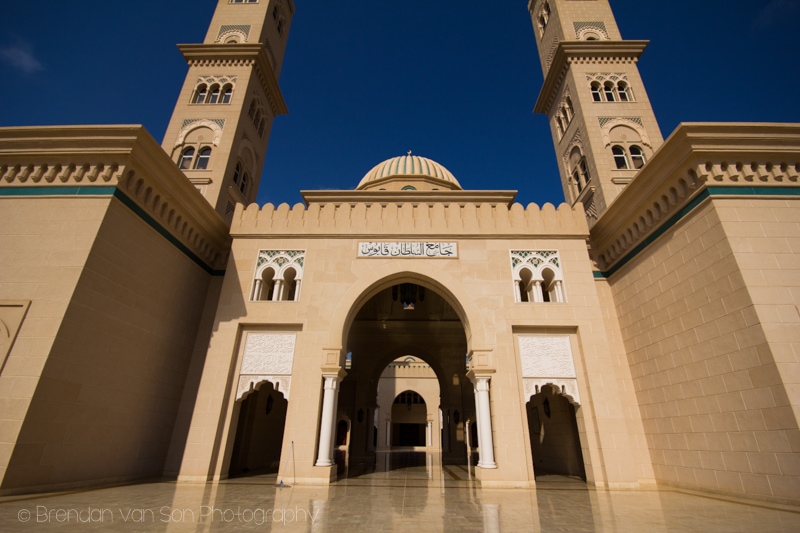 At the entrance of the mosque, I used my super wide lens to bring an interesting distortion to the symmetry of the building. 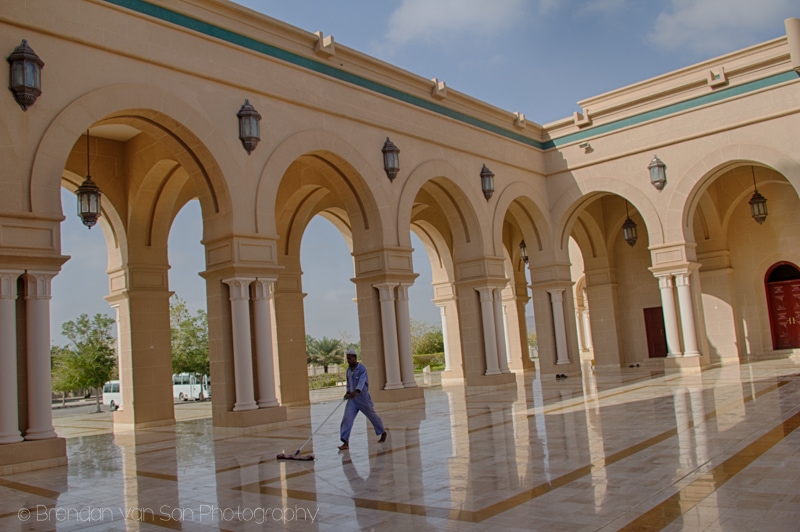 Inside the mosque, I tried to use people to add to my images. Though the architecture was beautiful in itself, I love the interaction between the people and their spaces. 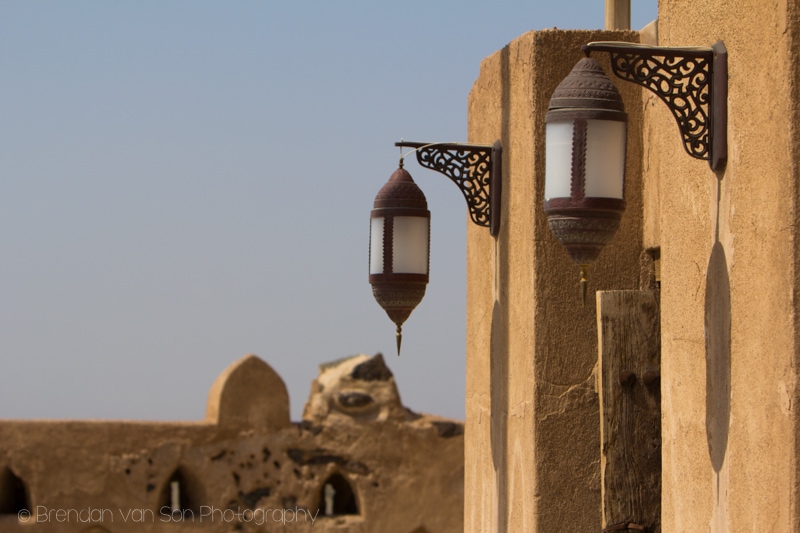 We also made a quick stop at Bahla Castle

After Bahla, we made the terrible mistake of heading to a place called Diana’s Point during in the harsh light of the midday.  We really had no idea what to expect here, and we were left standing in front of some of the most impressive landscape in the country.  Situated on top of a mountain called Jebel Akhdar, Diana’s Point is named as it is since it was apparently Princess Diana’s favourite view point in Oman.  It’s easy to see why, as the view into the “Green Mountain” and the villages that attach to it, is stunning.  Of course, photographing the scene in the middle of the day is basically pointless, so we instead explored the villages which were completely empty in the middle of the day.  Essentially, the 3 hour round trip here, was a bust. 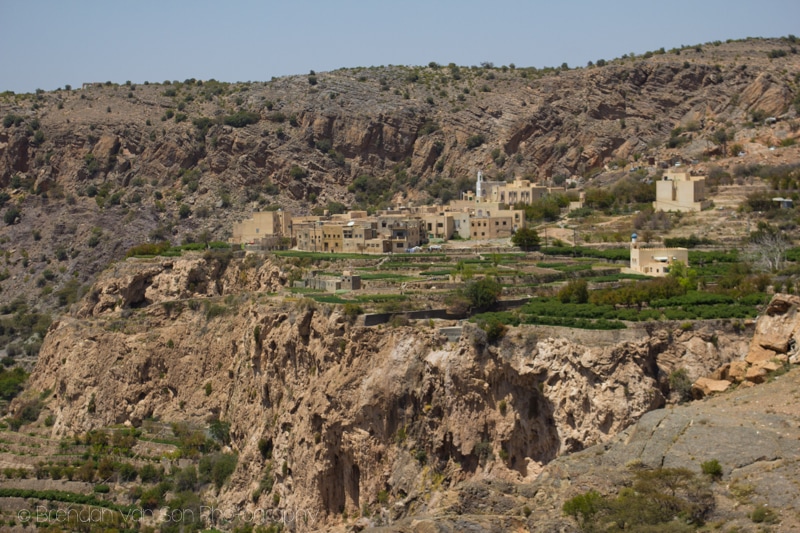 One of the views from Diana’s Point. This would have been amazing at sunrise. 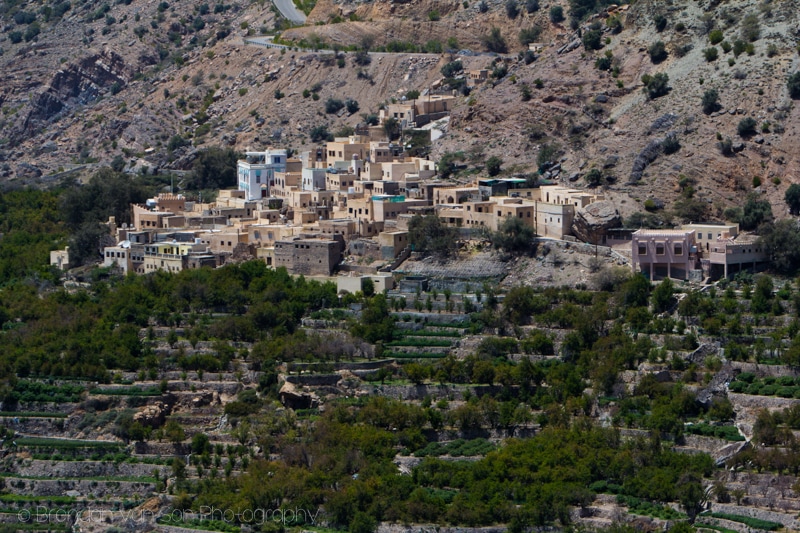 Another angle of one of the villages in the area. 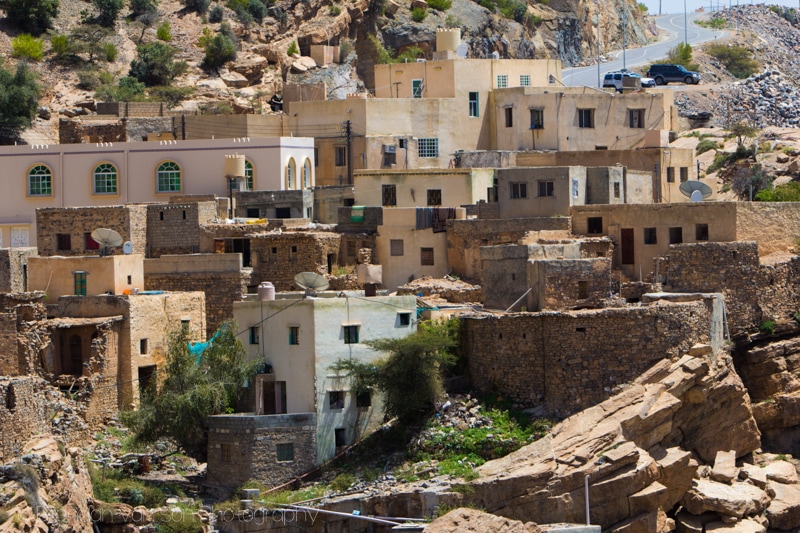 Trying to get creative in the harsh midday light, I shot a zoomed image of one of the villages. 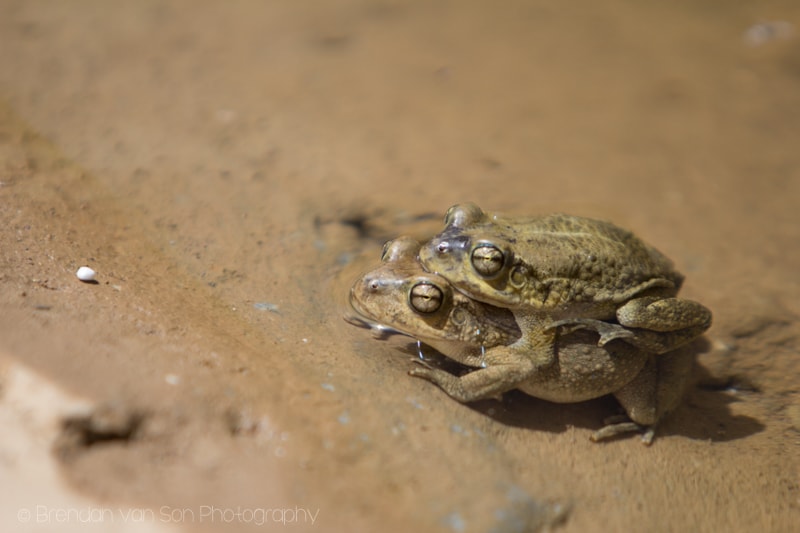 What do you do when you can’t take landscape photos? You take photos of humping frogs, of course. 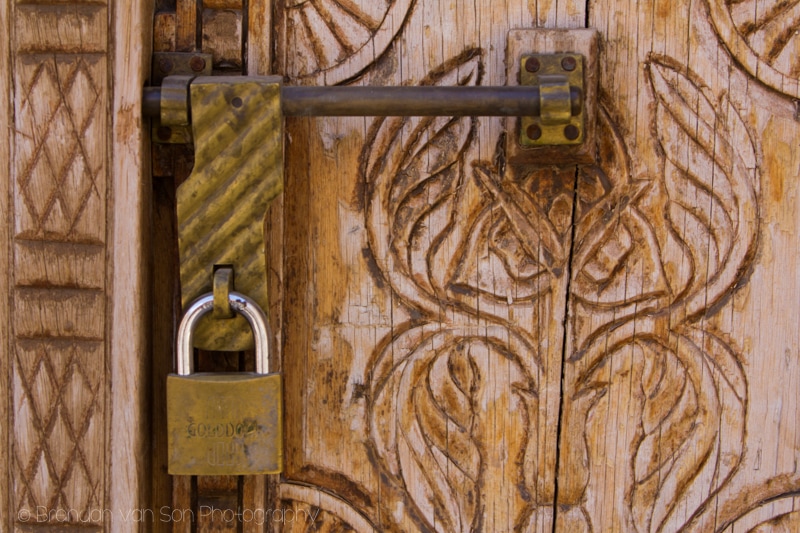 Ok, not only humping frogs, you should also take photos of the details, like this image of an old door and modern lock.

This shot almost made the trip out worth it, except I missed my focus point my a sliver and though it’s a cool image, it’s nothing I can print or sell.

However, we were rewarded with the perfect spot to shoot pictures in the end.  We ended up in the city of Nizwa at the souq and the Nizwa fish market at the end of the day for the good afternoon light.  There were plenty of interesting characters to photograph, and I got some of my favourite images from the trip here.  To end it all, we hiked a hill on the outskirts of Al Hamra to get some shots around sunset. 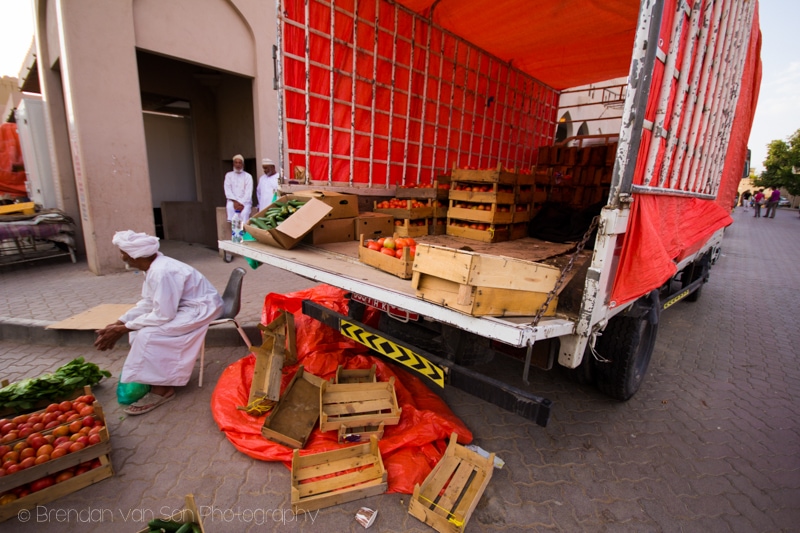 Love shooting the superwide angle lens at this time of day in markets. You get really interesting lines and light even on the most simple of subjects. 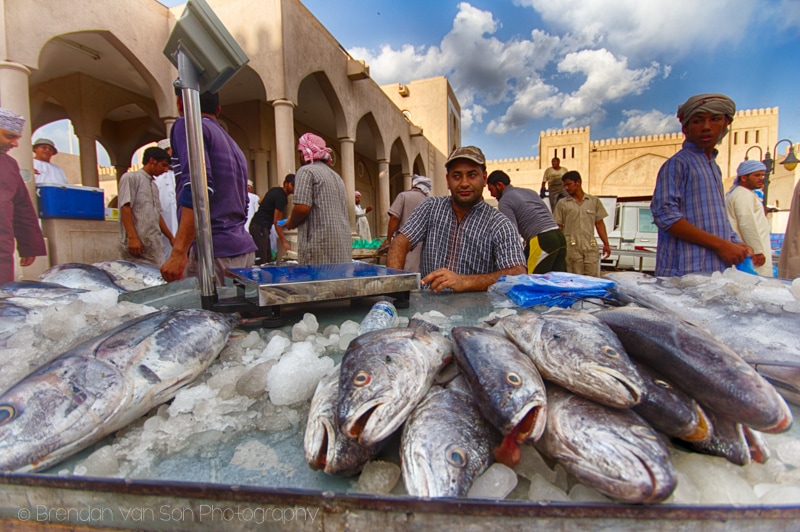 I liked this image a lot as well. We got some really cool light at the market, and when I used it right some nice shots happened. 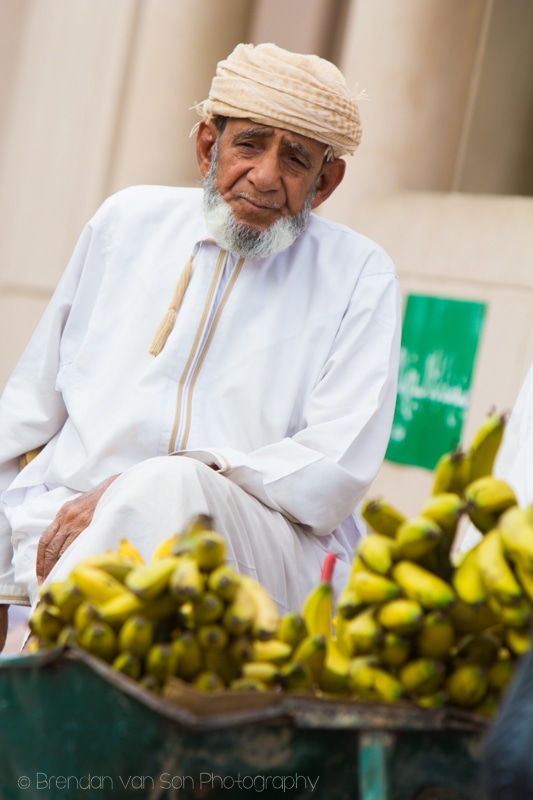 I tried a bit of a classic portrait with this man in the market. 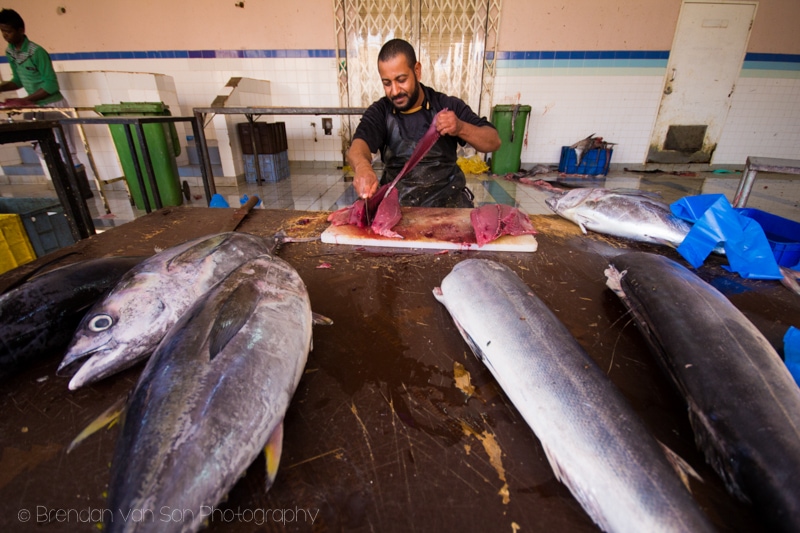 Another one of my favourites from all of Oman. The lines from this image came out really nicely. 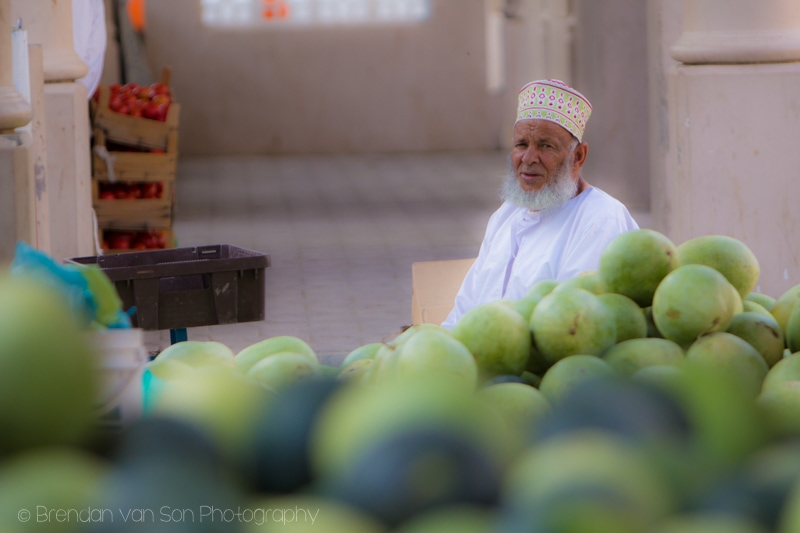 One of the photos I nearly chose to show off at the Royal Opera House in Muscat, but I decided to go all landscapes. Still, this is one of my favourite images from the trip. 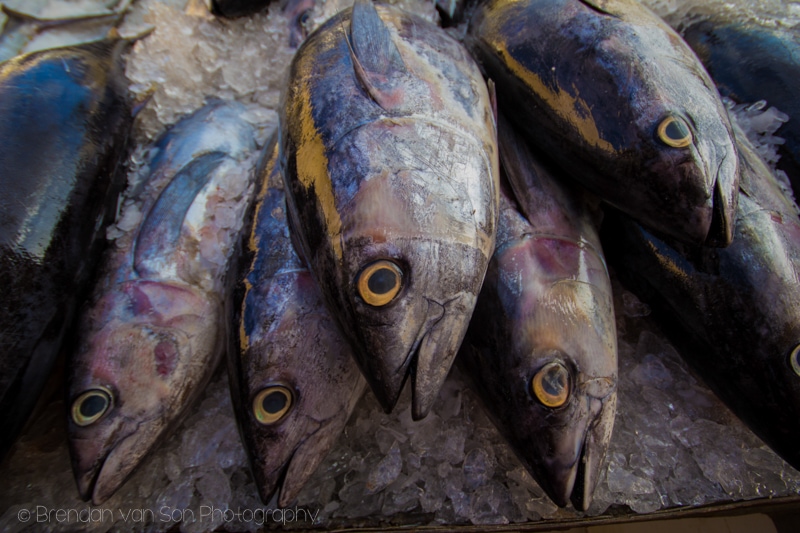 I also really like this image. It’s simple, but has some interesting light and feel to it. 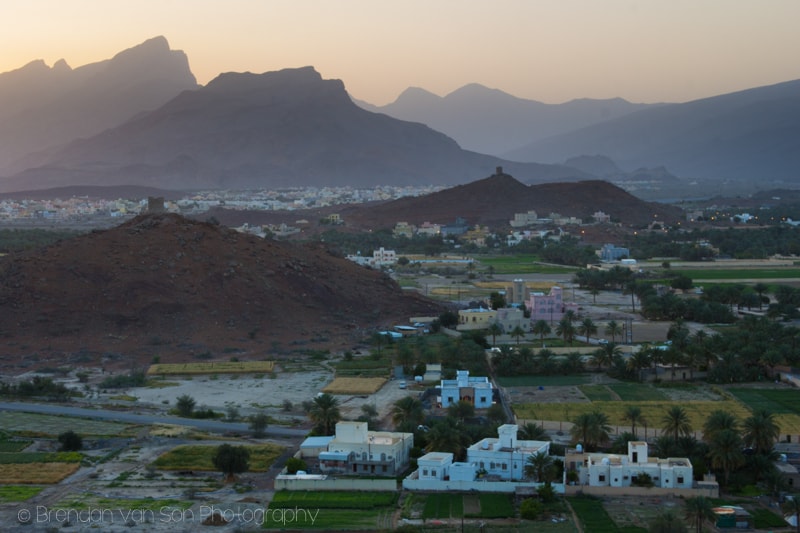 Hiked up a hill just to miss the sun going down past the horizon. Still managed to get a couple interesting shots. 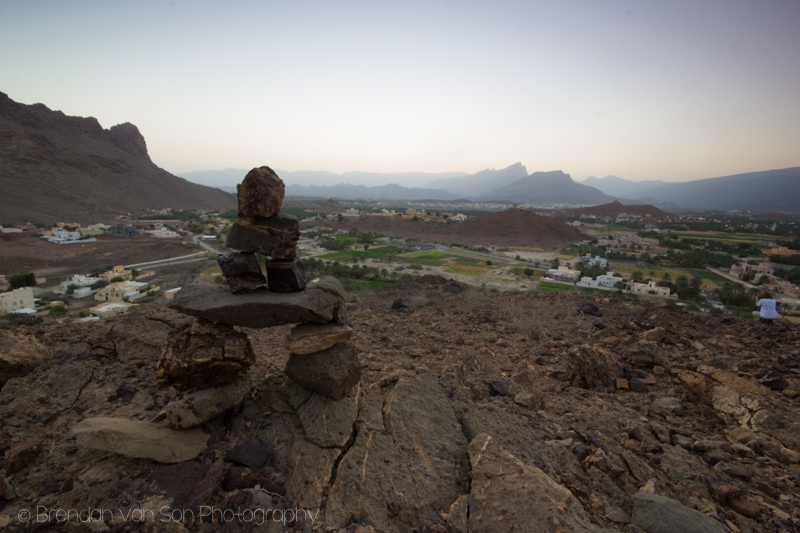 Was a bit bored, as a landscape photographer can often get, and decided to make an Inukshuk, 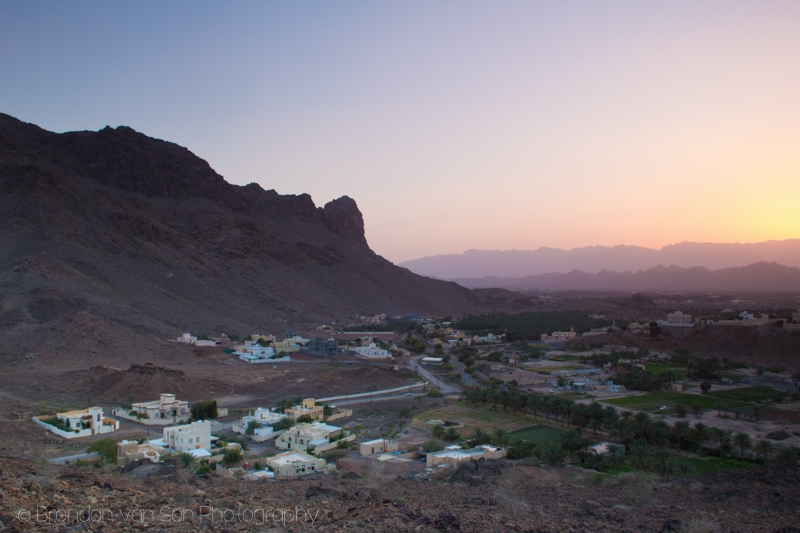 Some really interesting colour to the rocks came out at sunset. 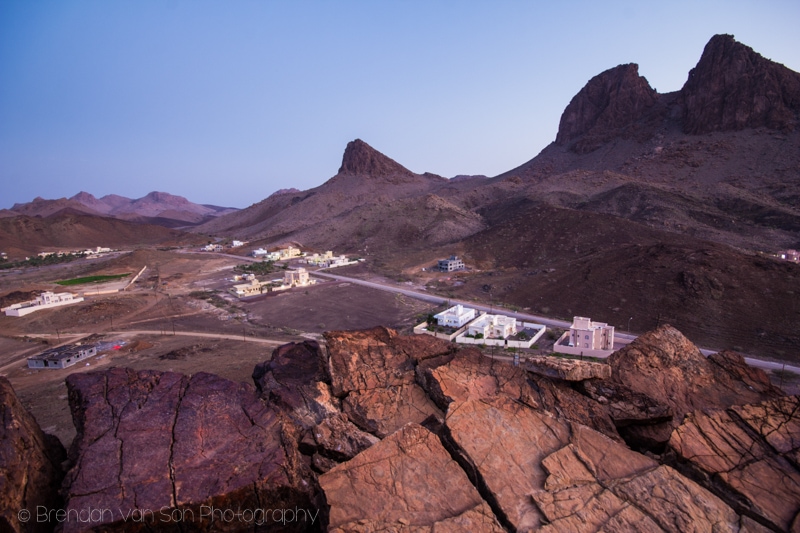 Last shot of the day. Tried to use some of the lines in the rock, but I think it just ended up being a bit distracting.

In the end, it was an extremely long day.  Oman in so many ways was fantastic.  The landscapes and people are amazing and a lot of fun to photograph.  However, the sheer lack of communication and organization was a constant hurdle we were left jumping.

Anyways, I think I have two more articles from Oman and then back to Southeast Asia.