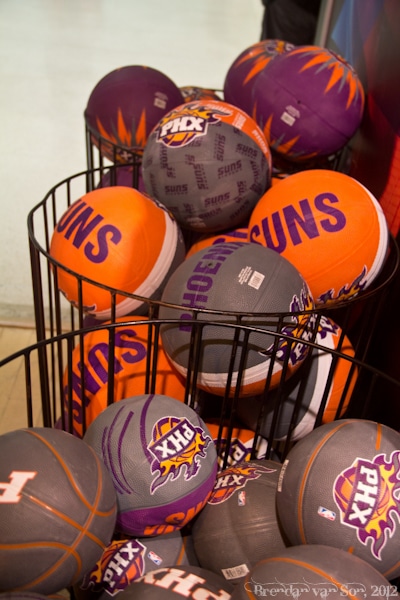 We have a basketball.. but we don't have a Suns basketball!
Travel Photography Blog

I pride myself on being able to travel on a budget. I mean, I’m not one of those people that brags about being able to live on 3 dollars a day while eating dry noodles every day. I believe it spending money reasonably while travelling to get the most out of it. I believe that there is little reason to spend hundreds of dollars a day on a vacation, and that there is always a way to travel cheap while still getting a great experience. I managed to travel French Guiana for about $30 a day while I was told that the cheapest I could do it was about $80 a day, and I tend to make the claim that one can travel basically anywhere in the world for $45 a day if they make the right decisions and put forward a little bit of extra effort.

However, since being in North America, I am failing miserably at my own game.

It’s not that it’s not possible. I have found, surprisingly, that North America, and especially the US has been quite cheap. Flights between cities won’t ever cost you much more than $100 and if you book a number of flights together you can get them much cheaper. Food is inexpensive too as long as you’re ok with not going to the fanciest restaurants. It’s not like accommodation is all that expensive either as the average hostel bed costs between $15-25 (and as cheap as $11) in Las Vegas. And even if you’re driving, the cost of fuel is unbelievably cheap at about $0.75-0.85 a litre. So how have I managed to spend double my usual budget? Simple. I have been taken by the powers of consumerism.

America has a way of telling you that you really want something, even if you don’t need it. We are so pushed towards new, better, more efficient items that using what we currently have is made to feel insufficient. For example, I don’t own a cell phone. Whenever I tell someone this I am looked like an alien. Sure, having a cell phone is great, and someday if I settle down I’ll get one. But in America the issue isn’t that people have cell phones, it’s that they always need to buy a new one. Seriously, who would ever want an iPhone 4 when you can have an iPhone 4S?? A slightly better item is meant to make you feel like the old model will hardly even work.

Also, the amount of options makes it difficult to chose only one item. For example, walk into a McDonald’s in New York City and order any meal. Then walk over to the soda machine to choose your drink. You will be presented with over 100 options of different sodas. Who really needs that many options? It’s only human nature to want to try more than one when you have so many choices in front of you. The same goes for nearly all products and before you know it your house if full of different types of ab machines said to get you ripped in just 10 minutes a day.  And you can’t just buy shoes can you? You also need socks, shoe shiner, in soles, and a spray that makes them magically impermeable to water.

While living abroad I was rarely persuaded by my shopping daemon to buy 5 different pairs of basketball shoes. But while in a mall or Best Buy in North America, all of a sudden I caught myself saying “oh ya, I need….” over and over again. The idea of need somehow became lost on me despite my teachings abroad.

So as my time in America comes to a close, I can’t can help but feel guilty for my wasteful spending since I’ve been here. I don’t blame the system, I blame myself for not being able to control my urges. Sometimes it takes a bunch of mistakes to realize a lesson, and hopefully I’ve learned mine since I’ve been back.

I’ve been to places in the world that have challenged me in nearly every single way imaginable, and I’m sure my future destinations will as well. However, there has never been an obstacle I’ve encountered that I’ve not been able to beat; while, not until I met up with an old foe: North American consumerism.