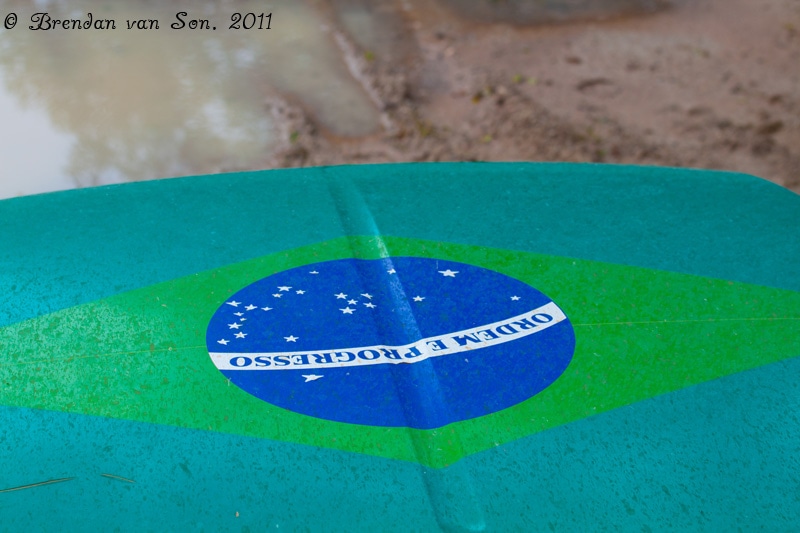 Fighting Rain, Mosquitoes and Expectations in The Pantanal 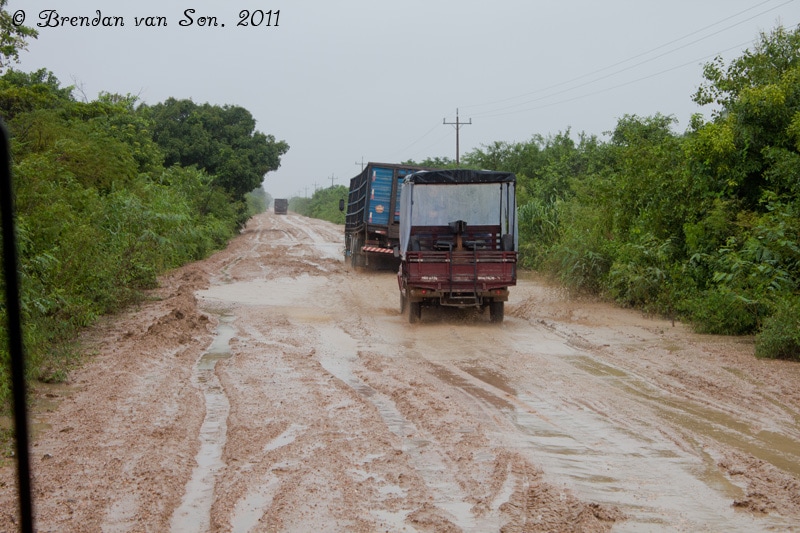 Only one road in, and it is bumpy

Fighting Rain, Mosquitoes and Expectations in The Pantanal

Have you ever felt rain so powerful that you realized why we adapted in a way to ensure that our nostrils pointed downward? As I arrived in The Brazilian Pantanal I came across that exact realization. The rain raced from the sky with the force of a small waterfall to the point that if I had opened my mouth I could have drowned. With a pack of clothes and my camera slung over my shoulder in the healthy confines of a sturdy blue garbage bag self-pity began to fight its way to the foreground of my thoughts. I had just had one of the worst weeks of my life in travel and it would have been very easy for me to toss my hands up and exclaim “of course” while wallowing away under the clouds which dampened my mood. Here I am in a place that has been on my must see list since I first heard of its existence, while trekking through the world’s second most bio-diverse region the Osa Peninsula in Costa Rica, and I can’t even pull my camera out of my bag to take a picture.

As we arrive to the camp which is now swelling with knee high water, I climb into the hammock slung for me in a wooden shelter. I look through my screen window and feel as if I’m on the rock wall hiding behind a waterfall. I being to laugh at the craziness of it all. When did I ever stand near a waterfall and not want to reach my hand out into it? When did I ever see a waterfall that I did not want to jump into? When did I ever see a tropical thundershower that I didn’t want to go run around in? Taking pictures has been a part of who I am. But for me travel isn’t about the photos it is about the story behind the pictures and the adventure they portray. This experience was about to be about the photos that were never taken. 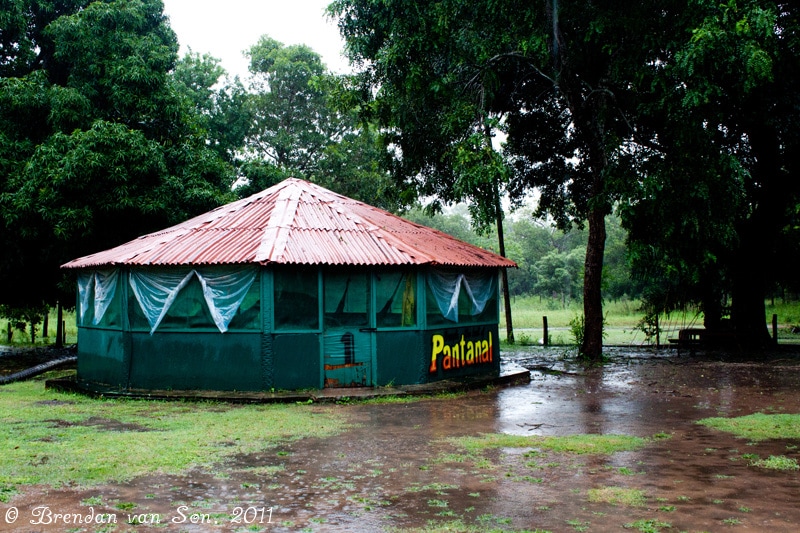 A smile grows across my face as I strip down into my swimsuit. I crash open the front doors to my cabin and race out into the rain and begin kicking around in the puddles like a child garbed in bright yellow gum boots. Instantly soaked inches deep I walk into the kitchen where dinner is being prepared for my guide.

“So what’s the plan? What are we waiting for?”

The night sets in and the rain continues, but my spirits can’t be dampened by the downpour. The guide has planned a night excursion for me, although he warns me that we might not see much wildlife because of the rain. I could care less. 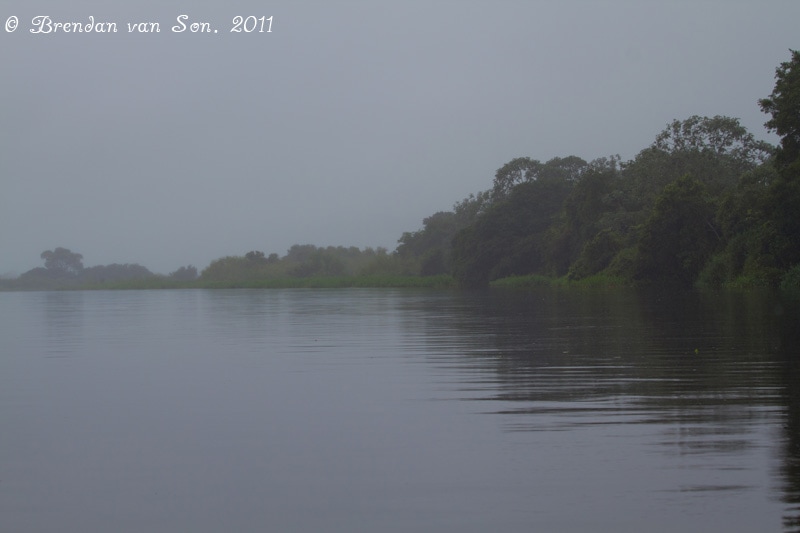 In the Pantanal, it’s not rain it’s wet air – click to enlarge

The water levels had risen to the point where no vehicles could enter the campsite, and the hike to the jeep is an experience in itself. The sound of bellowing frogs in the grass and the rub of the wings from grasshoppers act as the jungle’s soundtrack to our hike. I decide to walk barefoot because, well, that’s what my guide was doing. Warm mud presses its way between my toes acting as a natural massage, and the thought that three meter long anacondas could be swimming their way through the knee high water only heightens my excited senses. 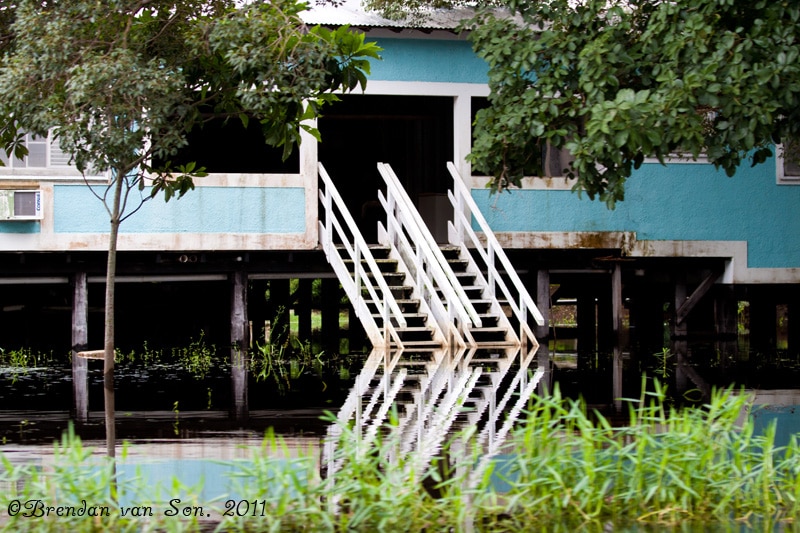 A house in the high waters – click to enlarge

We arrive to the jeep which allows two options for viewing: below in shelter or above in the rain. I climb on top of the truck throw my legs over the rails at the front and tap the roof to begin its movement. The vehicle presses along through the bumps and holes of the road and under low hanging branches. It’s hard not to feel like a cowboy hanging onto his angry bull as the road’s brutal conditions toss us from side to side.

In the open areas, the red eyes of dozens of cayman glare a red reflexion of the moon’s light as they waddle along. They say that there are as many as 20 million cayman in the pantanal alone, two-thirds the population of Canada. In the still waters of the waters the world’s largest rodent the capibara swims to the surface to catch a scent of the night’s fresh air. This is the most bio-diverse place on earth, and even at night the swell of its life engulfs you. 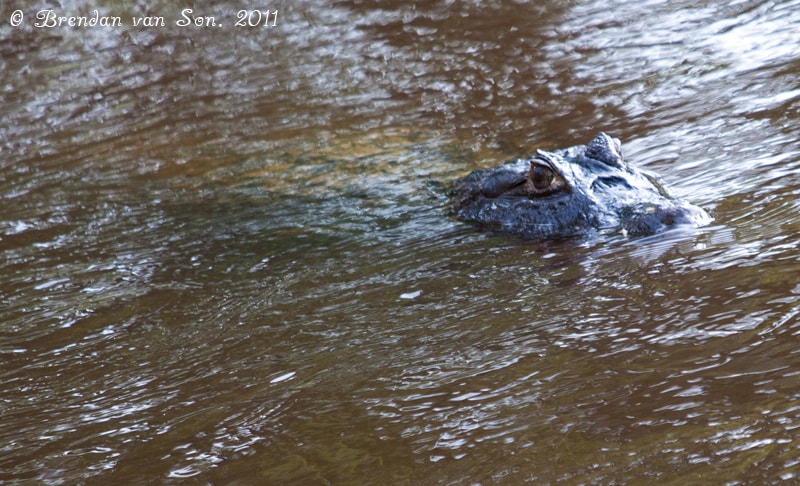 There are times when travel can beat us down. It is easy for us to stop and be mad at the lemon that travel has given us in a certain situation. It can be really easy, in these situation, to sit back in the hammock and stare out at the rain and feel bad for ourselves. But next time you feel like doing that, strap on your proverbial bright yellow gum boats and go run around in the rain, and remember that even if it isn’t what you had planned, it will probably make for a great story.