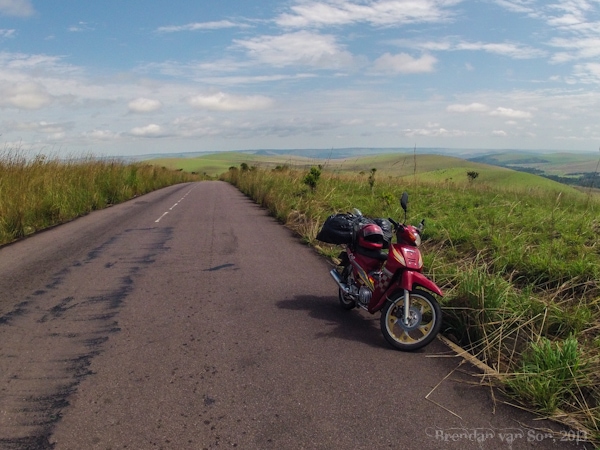 So I Forged a Visa? What Would you have Done?

Thanks to an issue shipping Anne Murray on the train to Franceville, I fell behind.  I fell way behind.  Now normally, being a little bit late in travel isn’t exactly a bad thing, it means you’re having too much fun to move on.  However, when I applied for my visa for Congo in Yaoundé, Cameroon I hadn’t been planning on going through Gabon.  I certainly wasn’t planning on spending nearly a week waiting in Franceville, Gabon for my scooter to arrive.  This time, being late in travel was about to cause major problems.

You see, when I applied for my visa for Congo in Yaoundé, they made me give them near exact days of travel.  I thought I’d travel directly into the Congo from Cameroon and then I’d have plenty of days to get through before my 15 day tourist visa would expire.  My visa would expire on the 10th of the month.

I ended up in Leconi, staring at my passport on the 9th of the month.  One day to cross the so called “worst road in Africa” and cover nearly 400km to Brazzaville, and then get across to Kinshasa?  Not a chance.  Unfortunately, I was left with few options.  I could cross all the way back to Libreville, setting myself back at least 2 weeks and more money than I ever dare to think, or I could add a little tick to the 10 on my visa to turn it into a 16.  I did what I had to do, this is Africa of course, rules are never really fixed are they? 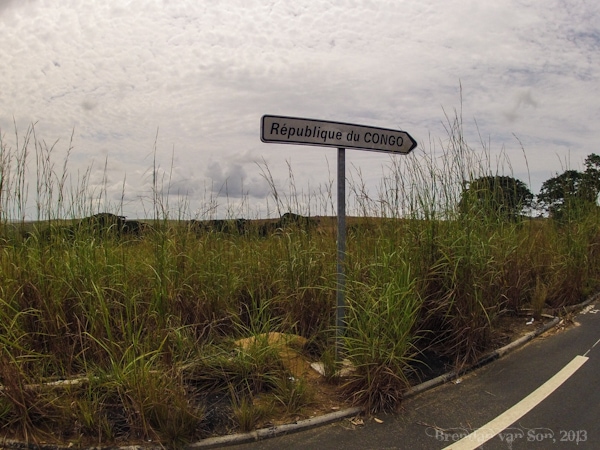 I passed through the country without anyone offering even the slightest hint that something was wrong with my passport.  Everything in regards to border crossings in Central Africa is done on paper and pen.  Information about my visa is probably filed away with thousands of other trees in some warehouse in Yaoundé.  No one would ever have a clue.  In fact, throughout West and Central Africa there have been few instances where a little forgery couldn’t get you anywhere you need to be.  Borders are all soft at best, and nothing is done on computer. 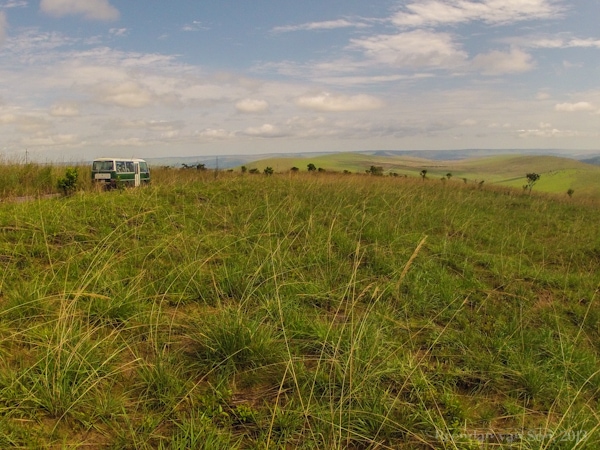 In the end, this is, thus, not a story about forgery, but one of development and corruption.  You see, as long as these parts of Africa are left behind when it comes to technology, there will always be ways around rules.  There will always be doors left wide open for corruption and abuse of laws.  The one thing that has surprised me more than anything in Africa thus far is the lack of communication technology, and if Africa is ever to pull itself from the shadow of corruption, this is the aspect that needs to change first.

Of course, what I did wasn’t exactly right, but it raises an issue which I think is important.

What would you have done in my situation?