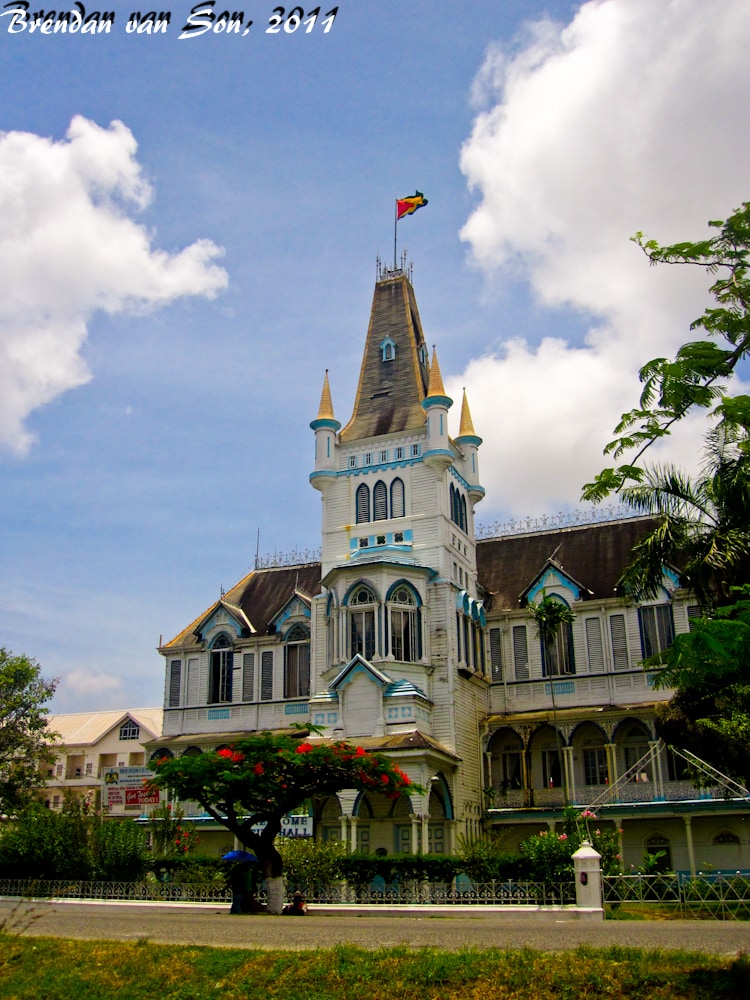 Guyana, have you heard of it?  Could you point it out on an empty map?  The truth is that Guyana has managed to lose itself between the Caribbean and South America.  However, I was more than pleasantly surprised by the variety of different things to do in this country founded by British pirates and privateers.  Georgetown, although quite grime on the surface is an entertaining city with an interesting population composed of African descendants, Indian and Pakistani immigrants and the indigenous people.  Walking the streets of Georgetown is almost confusing for those who visit.  Around one corner may sit a Hindu temple while a fried shop sells up soul food across the street to the sounds of kids playing cricket in a nearby park.  There is no way of truly describing the cultural creation that has developed in Georgetown, but it is, at the least, very interesting.  This photo is of one of the local government buildings which takes on the traditional British Caribbean character.

Sometimes getting the right shot means putting yourself into a strange position.  To get this shot I had to dodge traffic, an elderly man trying to get a couple of coins and perch myself in the median of the street while waiting for a break in traffic.  I’ve seen many people simply point up and shoot their photos, instead take a look around and look for the perfect angle.  A great photographer once told me that you should make a photo not just take one.

The last you heard of me I was still in Brazil.  Yesterday I posted a photo essay from the Coastal Amazonian city of Belem.

Coming up on Monday I will be posting an article on traveling the Amazon by boat. Have a nice weekend.