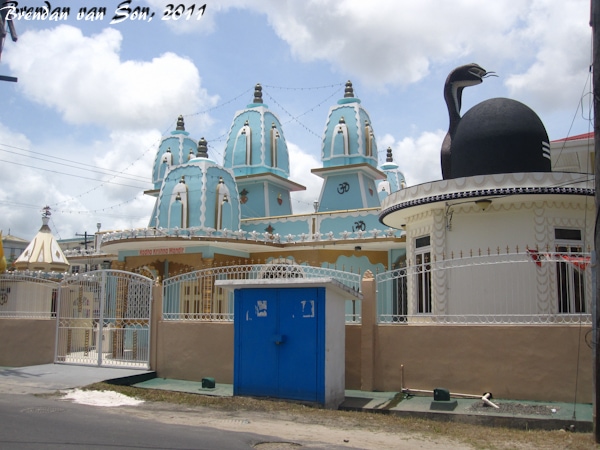 Georgetown is a Mess, a Beautiful Mess

As I crossed into Guyana I entered my final country in all of the mainland American countries. In fact, save for a few small islands and one big island in Greenland, I have now been to every country in the Western Hemisphere. I’ll be honest in telling you that I knew little about Guyana before visiting. All I knew was that it was home to one of the most beautiful, and under-rated, waterfalls in the world in Kaieteur Falls, and that it was also home to one of the most dangerous cities in west of zero degrees longitude.

Georgetown has crime and murder rates that show up near the same level of the infamously high Kingston, Jamaica rates. Petty crimes, like pickpocketing and gunpoint robberies, are not uncommon even during the day time. And although it is quite obvious when walking the streets that this dangerous streak exists below the surface of this somewhat obscure capital city, there is actually something quite endearing about Georgetown.

Georgetown was described to me by one of the very few travellers I met in the Guianas as a complete mess and borderline a disaster. It is like Suriname, he said, except instead of working out the cultural differences in a way that is both beautiful and productive the city is chaos, complete and utter chaos. Little did he realize, I love chaos, I think that chaos might be the most beautifully organized thing in the world. The paradox is intoxicating.

I loved walking my way through the rough markets where everything was sold from cheese over the counters to revolvers under the tables and in the back rooms. I loved changing my money in a shop owned by a 250 pound man drenched in sweat well a rickty fan spun laps on the roof causing the faint light in the room to flicker. And I loved that despite the external

chaos, everything had a purpose and a meaning above, or below, the law. Things in Georgetown might not behave they should by governed right, but they all seem to fall into place on their own regardless.

I loved seeing children of African decent playing cricket with kids of east Indian heritage singing their sporting instructions in brightly coloured Creole. I loved seeing colourfully painted mosques standing side by side with fried chicken shops. And I loved the way that the opposing cultural entities managed to meld themselves together rather than just existing in the presence of one and other.

I am by no means an anarchist, but it’s hard not to be impressed how things fall into place so neatly in such a randomly organized place full of varying and conflicting cultural and societal entities. Georgetown may be dangerous and it may not be an ideally organized city either. Georgetown may even be a mess, but at the end of the day, Georgetown is a mess that couldn’t be replicated with even the most diligent bit of planning, and that’s what makes it beautiful, a beautiful mess.