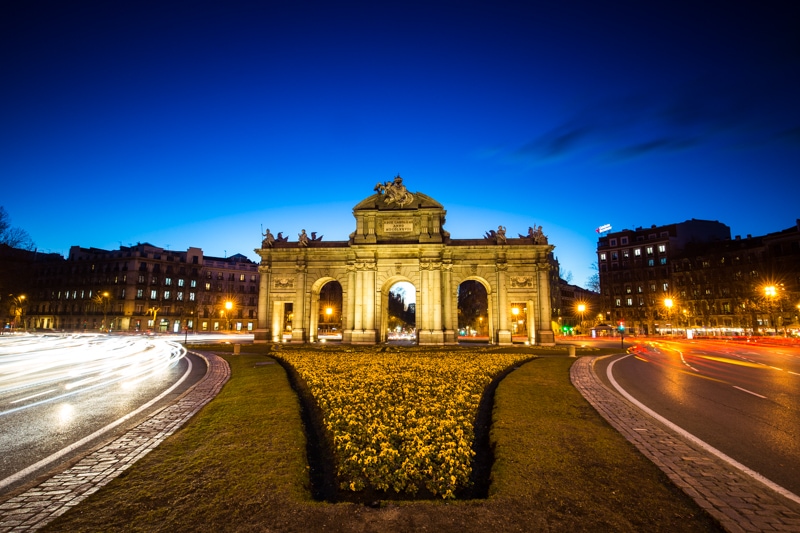 The gates to Madrid.

Getting Settled in Spain

I’ve said it a couple times over the past few blog entries, but the theme of 2017 is home. Or, at least the idea of starting to look at options for a future home.  Spain has always been the obvious location for me to start to put down some roots.  It’s centrally located, I speak the language, I like the lifestyle, and it’s fairly affordable to live in as well.

However, logistically, it doesn’t make a lot of sense this year.  I have projects in Argentina, Peru, and Iceland already sorted out for this year.  And, it doesn’t make a whole lot of sense to be jumping back and forth across the Atlantic when flight prices are so high.  But, I still kind of want to explore the idea of Spain as a future home.  So, I have given myself nearly a month to wander around Spain looking at different towns and getting a feel for what it would be like to live there. The first place I’ll be checking out is Madrid. 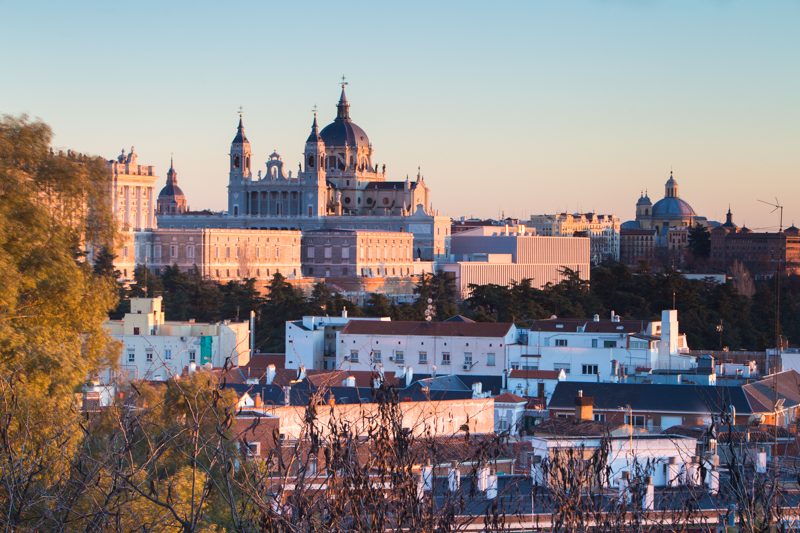 After about a week of full on travel that had me jumping from Medellin, to Las Vegas, to Los Angeles, to London, and finally to Madrid, I was exhausted.  I was also extremely jet-lagged.

The truth is, I wasn’t going to go out and explore or shoot photos, or do anything on my first day in Madrid.  But, I got the feeling that if I stayed tucked away in my hotel room all day I’d have a harder time getting over the jet-lag.  So, I made the most of my first day in the city.  I got out and had a really nice lunch off of a set menu.  It’s so nice to be back in Europe where you have the option of eating street-side and watching the world go by.  Then, in the afternoon I wandered around town doing some location scouting and shooting a little video.

Some Photography of Madrid

Day 2 in Madrid, I wanted to get out and do some shooting.  So, after taking care of some chores in the morning, I wandered out into the streets of the city to do some photography.  I hit a lot of the same places I scouted the day before.  And, for a little while I got some really fantastic light.

Honestly, I somehow remember the last time I was in Madrid I had a hard time finding photography locations that I liked.  This time in the city, I feel overwhelmed by the amount of different locations there are to shoot.  In one afternoon – or, really, in just a couple hours – I managed to photograph 4 different locations and came away with a nice set of images from the day.  Of course, it helps that the light popped off for me.

I had this grand idea that I was going to get up before sunrise in Madrid and shoot this epic hyperlapse of the city.  However, the night before I realized that I actually managed to lose my DSLR battery charger somewhere between Madrid and California (spoiler: I later found it in a secret compartment of my suitcase).  So, I had to run to the camera store and buy a new one.  While I was there, I was stoked to find that they also had the microphone I’d been hoping to use with my gimbal and vlogging camera.  So, I bought it, and tested it out.

That afternoon, I also went out to shoot some more photography in the city.  Unfortunately, the light was as boring as it gets.  There wasn’t a cloud in the sky.  I shot the Templo de Debod, and Plaza Espana.  And, despite the terribly bland light, I still managed to come away with a couple images I like of the city.

The truth is, I thought I had enough time in Madrid to shoot all the locations I wanted, but I think I need at least a couple more days in the city to create a proper set of images from Madrid.

I also have to say that one of my concerns with Madrid was that I wanted to live somewhere that had a plethora of photography opportunities.  I didn’t want to find myself living somewhere that didn’t inspire me to go out and shoot images on a regular basis.  I think that was part of the problem in Medellin.  Though I love the city, I just don’t think that there are enough photo opportunities in Medellin to keep me entertained on a regular basis. Places like Budapest and New York, on the other hand are so ripe with photo locations you can literally shoot every day and find something different each one.  My concerns with Madrid were quelled a bit over the past couple days.  I think there’s plenty to shoot here, and I’m looking forward to finding more things to photograph, and more neighbourhoods to explore.

I’m writing this from the train to Cuenca.  And while I’ve been to Madrid, most of this trip through Spain is about going to places I’ve not been before.  I had never even heard of Cuenca before (well, aside from the one in Ecuador), but after doing some research it looks like a cool little town for photography.  It’s also only an hour from Madrid by train (if you take the fast one).  I’m looking forward to getting my lenses out and covering it a bit.

After Cuenca, I’ll be heading to Valencia, Alicante, and potentially Barcelona.