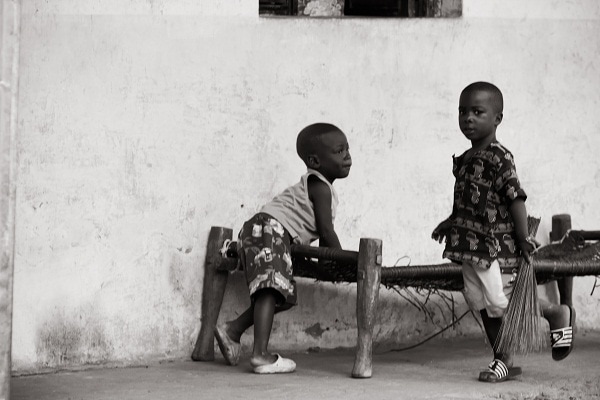 It was military coups and banking issues that worried me most about my visit to Guinea-Bissau.  The country saw its last coup just 4 months before my visit and the infrastructure of the country is still at a point where there are no international bank machines in the entire state.  However, despite the obvious issues that had the potential to challenge my adventures in the country, it was the rain, malaria, and a test of patience that beat me in the end.  I’m not exactly proud to admit it, but if travel was a fight, Guinea-Bissau kicked my ass.

It was 4 in the morning and the power had been off all night, and much of the previous day.  I packed my bags in the dark with the help of a weak flashlight.  Leaving the room, I left the key in the door and did my best to escape without disturbing anyone else in the building.

I hiked down the streets in near complete darkness as rain drizzled down and a wave of apathy ran through my weary bones.  I had been fighting muscle and bone aches and pains for a week or so and had no idea where they had come from. The port was completely dead when I arrived.  I had been assured the night before of a pirogue (a small dugout canoe with a weak motor) heading out to Guinea-Bissau’s travel calling card: the Bijagos Islands.  However, as I asked around on the muddy pier one seemed to know anything about a boat heading to the island’s capital Ilha Bubaque.

A shot in the dark, just as I had given up hope claimed he knew someone going to the islands and leaving at 8am.  But as I waited through the sunset, and into the beginnings of the port market it came clear that the boat would not come today.  I was told to try again tomorrow.  And I did.

The next day, as Yogi Berra once said, “it was deja-vu all over again”, although at about 7am I finally loaded my things onto a boat, well a canoe.  And along with a group of fishermen we embarked on a painfully slow, unbelievably uncomfortable 7-hour journey to the islands.  Through the rains we covered our heads in tarps only to force our heads among the fish guts and blood festering at the bottom of the boat at our feet now coated orange – a mix of fish and mud.

To call the boat safe would be a vast exaggeration.  Although fairly well build, and not nearly fast enough to crash, they are unstable, and any sort of weather could toss these things into the waters. In fact, as I’m writing this I’m watching the news about how nearly 45 people died on a pirogue just like the one I travelled on.  But regardless of potential dangers, I arrived in complete misery and unable to move my neck in any direction.

Despite the rains, I tried to make the most of Ilha Bubaque.  Fighting as best I could, I picked up a rental pedal bike and tried to make my way across the island to what I was told is a picturesque rural beach. The island is stunning.  It is lined with palm tree plantations, rural villages and some beautiful beaches.  As I made my way through the villages, despite an uncomfortable bike, I could feel my spirits lifting.

However, almost on cue, my bike somehow completely locked up as if someone had stuck a stick in my spokes and I flew over the handle bars and across the harsh rock surface leaving my shoulder and arm bloody and covered in mud.  After trying my best to clean myself with some puddled rain water I started on the return journey back to town, conceding defeat.

On the afternoon before I was meant to leave the island, again upon a miserable pirogue ride, I was hit with a fever like I’ve never felt before.  I wandered out to the hotel staff and asked them if it was just me or if it was freezing cold outside.  Right away, the owner said the words I’d been hoping to never hear: “you have malaria”.

After an injection in the butt cheek, and a variety of other meds I felt better almost instantly.  My muscle aches and pains disappeared, my headaches settled, I could again move my neck and the fevers were lessened.  And the truth is that I think I may have actually been relieved to hear that I had malaria.  I had begun to wonder if I was getting soft, if hard travel was now able to get the best of me, and if I had lost the ability to look at a rainy day, put on my rubber boots and go jump around in the puddles.

But still, I don’t like the feeling that something or somewhere is getting the best of me.  I like to tackle the road and the challenges it presents head on.  I like to not only get the best of a country, but give the best of me back.  So as I leave Guinea-Bissau I will probably not remember it for its shy people, stunning waters, or aging colonial houses.  I will remember it as the country that beat me.  And for that reason, it will likely remain the one country I feel the need to return to someday – hopefully next time without malaria.