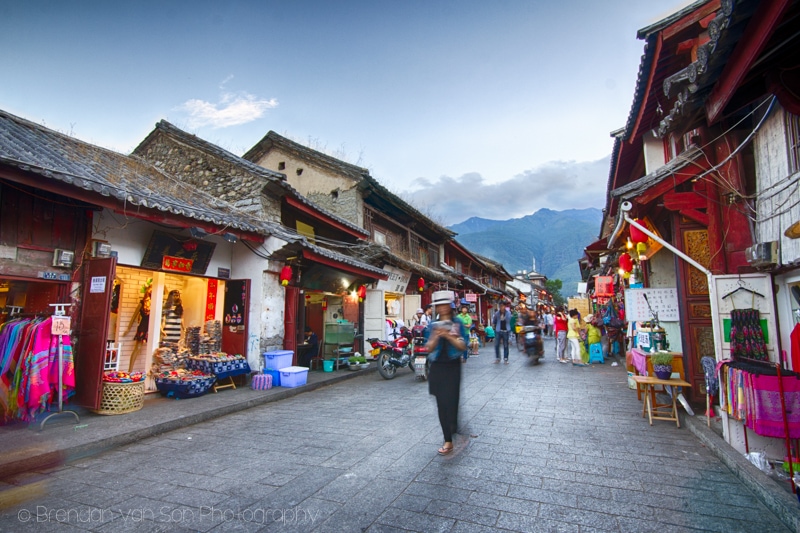 So we’re getting full swing here on the change to the format of the blog, I hope that you’re enjoying it!

The second video, since making the switch to more of travel photography and video blog, comes from the town of Dali, China where I did my best to try and do an HDR photography tutorial using a program called HDR Efex Pro which comes from the Nik Collection.  I struggled with crowds and mediocre light, but I got a shot that I’m happy with.

As you can see from the video, I shot 5 exposures to get my HDR photo.  I underexposed two of them (-4, -2), exposed one just right, and overexposed two others (+2. +4).  I shot the all the images at f/11 and changed the shutter speed to create the difference in exposures.  Now, it’s obviously possible to get your exposures using other methods, like switching the ISO or the aperture, but I also go with the shutter speed manipulation.  For one, if you change the ISO to create different exposures, you’re going to be dealing with a lot of grain and noise.  If you’re changing the aperture, you’ll have different ranges of focus, which isn’t cool either. I brought the images I took home and edited them using HDR Efex Pro as an add-on from Lightroom 5, which for me is the easiest way to edit HDR photos.  Of course, there are loads of other programs out there, Photomatix Pro and Photoshop being the most obvious alternatives. Anyways, that’s it from Dali, China.  I’ve pasted some more of my photos from the city below.  I’m off to Shangrila next, so stay tuned both here and my travel photography YouTube channel. 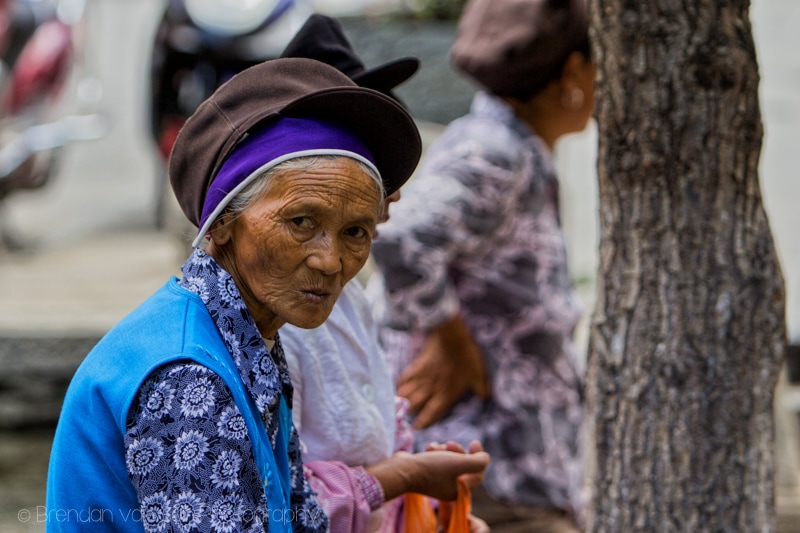 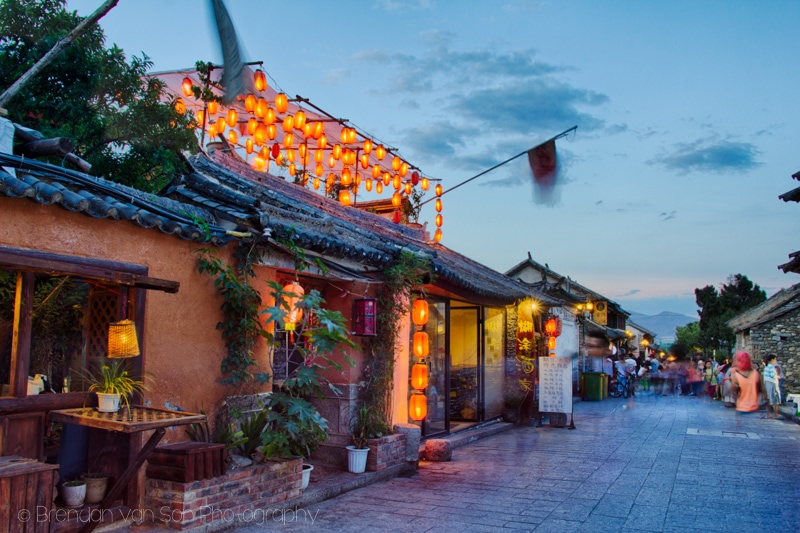 Another one of the HDR Photos that I took. Came out alright. 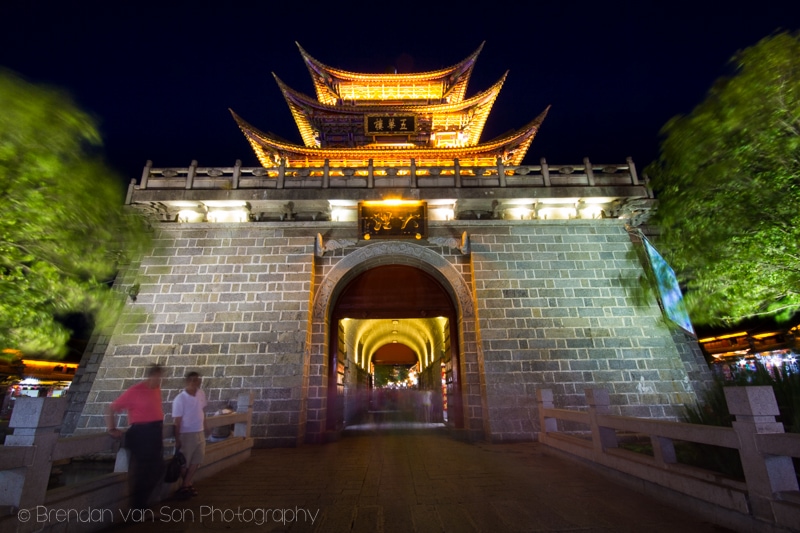 Got to this photo spot a bit too late in the evening. Nice scene though.

Of course, this is the HDR photo I showed you all how to make. 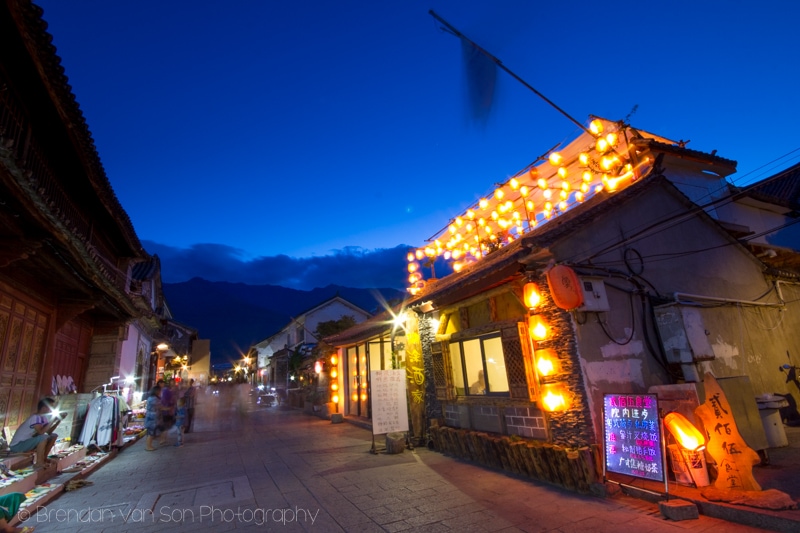 Non-HDR photo taken just down the strop of shops in Dali. 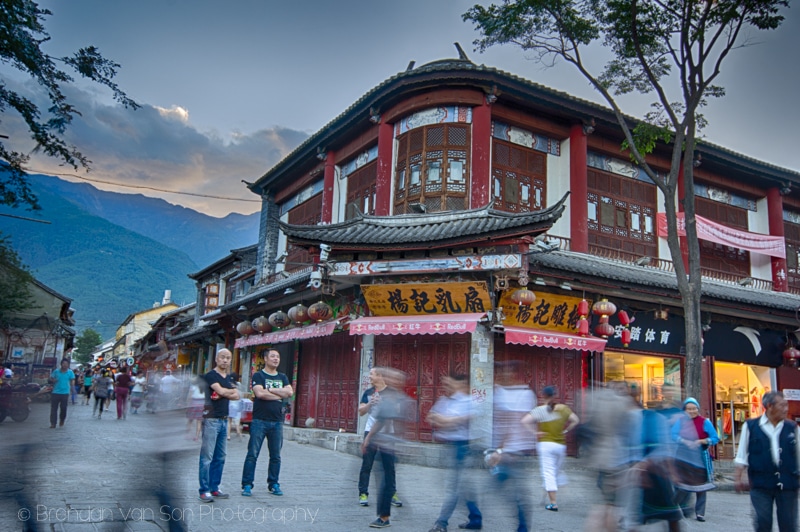 This was the otiginal scene I tried to shoot in my HDR tutorial, but it was so busy and the scene was messy. 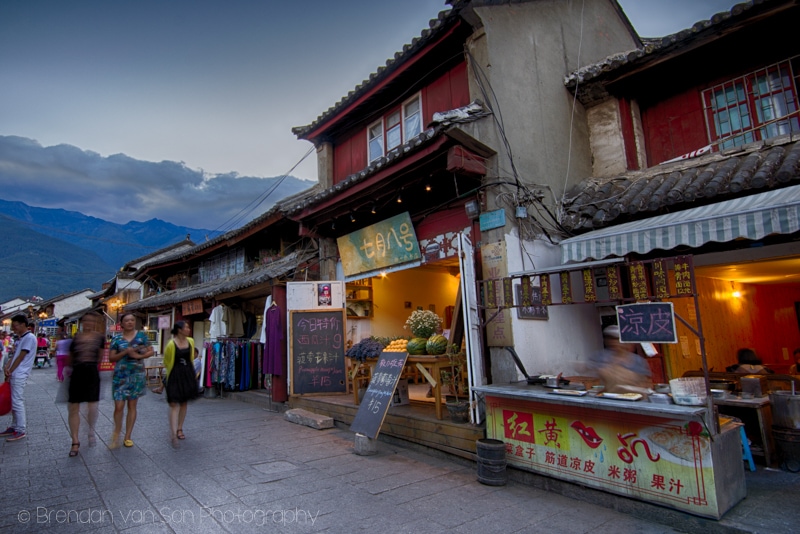 Final HDR from the shoot. Love the soup lady in the side, I should have photographed her alone. 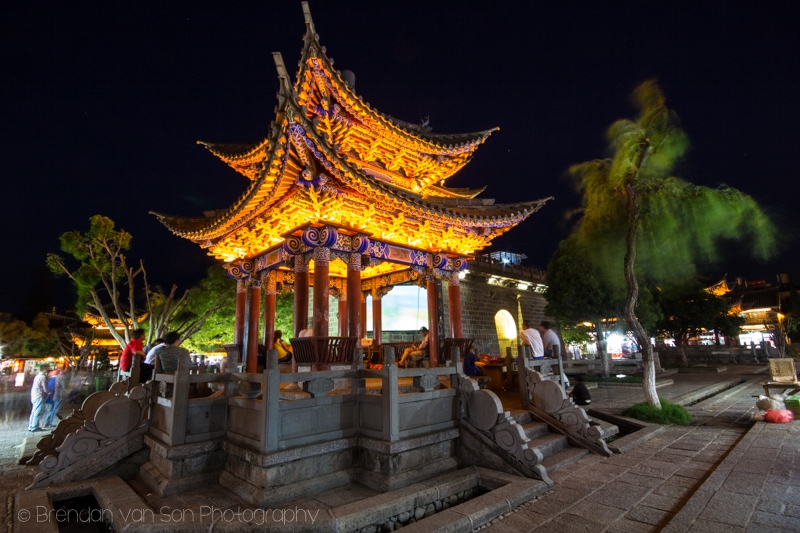 Saw this on my walk home and had to photograph it. Light wasn’t great, but the contrast of light is cool.