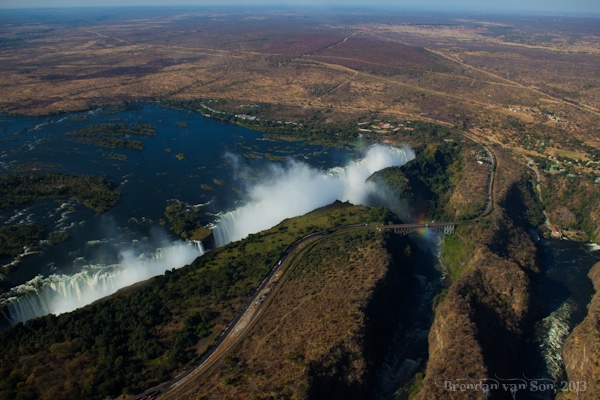 The heavy grey feet of the chopper begin to hover above the tarmac surface and lift us towards the sky.  Before we reach 10 meters, the pilot bends the helicopter and pushes us wildly just over the bright orange brush the coats the soils of this part of Zambia.  Eventually, we gain altitude and what appear to be clouds rise from the ground: Victoria Falls.

This helicopter ride over Victoria Falls is something I’ve always dreamed of.  This fierce bit of falling water is among the most impressive in the world.  For me, only Iguazu Falls rivals this great wonder.

We follow the high-flowing Zambezi River which this time of year packs as much water as nearly any in all of Africa.  It’s amazing to think about the fact that all the water from this flow will soon stumble over a ledge and into a thin crack in the earth’s surface. 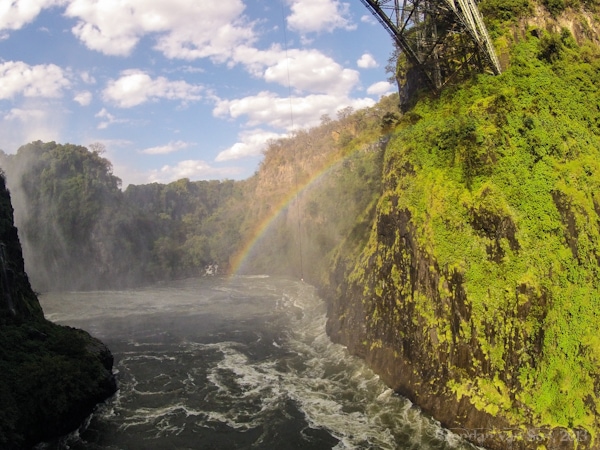 The pilot points to a rainbow reaching out of the mist of the falls.  Within our sights is my first real look at this famous natural feature.  I’ve been in Livingstone for over a week now, and this is still my first view of Victoria Falls.  In hindsight, I wouldn’t want to have done it any other way.  The sheer scale of the falls is unreal, but what is even more impressive is the weight in which the water seems to fall. 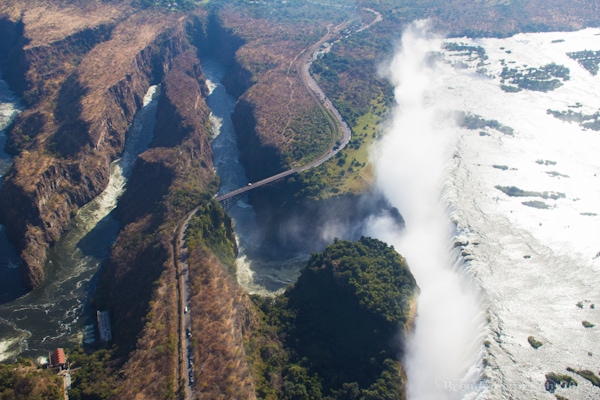 Perhaps more impressive in general is the winding canyon that lays behind Victoria Falls.  Millions of years of carving has been worth the effort.

After a couple passes along the mouth of the falls, our helicopter dives behind them and into the gorge.  We twist through the bends and skim only a couple meters above the white rapids of the churning Zambezi River.  A light waterfall trickles down a ledge an into the river below.  What a difference from the scene just a kilometer up river. 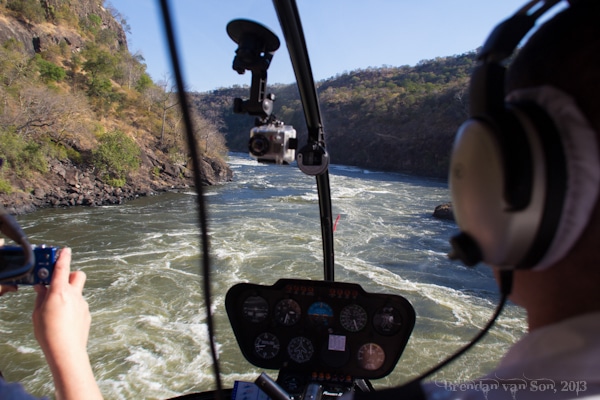 The falls fade behind us as we make a hard turn over the countryside of neighbouring Zimbabwe and back towards the landing pad.  An island floats just upstream from Victoria Falls and we’re told to keep our eyes out for wildlife below.  A hippo jogs across from the water to the shelter of some trees.  A small herd of elephants play in the mud of the shores.  I’m again amazed by the life this river holds. 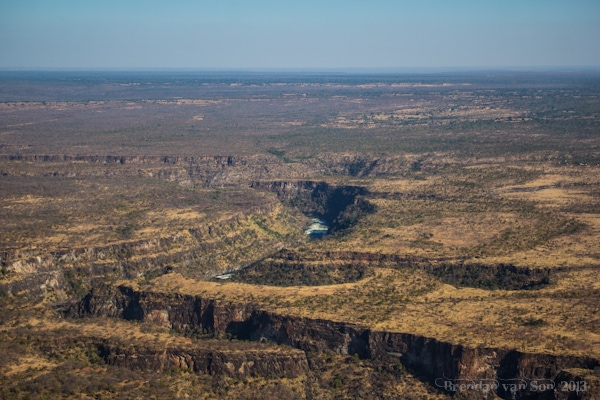 It’s not until after the hooves of my chariot touch the surface that I realize what I’ve just seen.  Living a life of travel can sometimes spoil us to the point that the unordinary seems average.  At the end of the day, there is nothing ordinary about a helicopter ride over Victoria Falls.  There is nothing ordinary about this place in general.  This really is one of the must visit travel destinations on the planet.