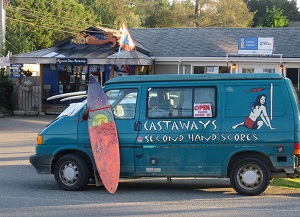 Holding Tight to the Roots in Tofino

I still remember the first time I heard about Tofino.  It was about 10 years ago and the conversation went something like this:

Dude: “Have you ever heard of this surf town called Tofino?”

Dude: “It’s on the west coast of Vancouver, actually.  The place is about to go off.  Beautiful beaches, killer waves, and a really cool kind of hippie vibe.  And the best part is that no one knows about it yet.  If I had any money, I’d be putting it into Tofino.”

Well, years later I’ve been to Tofino a handful of times and the truth is that most of that conversation still holds true today; well, except that it is much more well known now.  Tofino has become well entrenched in the conversation of top British Columbia tourism destinations over the past decade.  As such, the population has swelled and the amount of tourism activity has grown exponentially in recent years.  But still, despite the notoriety of this left coast island town, Tofino manages to stick true to its roots.

A beach in nearby Pacific Rim National Park

Despite my ignorance, I was on to something, without knowing it, when I wondered if Tofino was in Hawaii.  The town’s history and makeup holds a variety of similarities with many once secluded Hawaiian island towns that have felt the pressures of tourism and foreign investment.  Beyond the obvious surf comparison. Tofino was once populated mostly by first nations people.  People who chose to live out in the Tofino region, were left to their own means, somewhat secluded from the rest of the island.  But as tourism grew, so did the foreign population.  And with tourism, the locals now both desire what tourism brings, but work hard to protect what makes this place special to them.  Nature, peace, and community harmony are all important factors of life in Tofino.  In fact, the majority of Canada began hearing about Tofino due to that protection of the local environment when they took part in what, at the time, was the largest protest in Canadian history as people took to the trees to protect the area from being over-logged.

A bear cub outside of Tofino Tofino Brewing Company

One doesn’t have to wander much farther than the center of town to realize that Tofino is a different type of settlement.  The center piece of town is not a square, but a skate park teeming with activity.  In between spins around the park, the kids chat about the waves, girls, and the usual.  But the kids here seem more conscious than the usual North American teens who seem to be more concerned with iPhones and what’s going down on the latest episode of Jersey Shore.  Here they chat about the environment and other social issues, both local and global.  And thinking locally, to protect both local businesses and the greater global environment, is something that is wildly practiced here.  The ability to stave off fast food chains like MacDonald’s all these years, as well as the injection of growth of local businesses like the Tofino Brewing Company, are all proof of that prevailing localization.

A local skater at the Tofino Canada Day skate contest

Even the bigger businesses, like the famous Wickaninnish Hotel, manage to stay true to their roots in Tofino through their protection of the historical fabric of the region.  Amidst the beautiful log buildings of the lavish hotel and incredibly powerful ocean views, lies an old wood cabin that was inhabited by a hippie who has long since made his mark on this town.

Henry Nolla was a part-time practicing nudist who could often be found wandering the beach with a group of admiring young women.  But it wasn’t his exploits, but rather his art, that will leave his name forever engraved, literally, in the fabric of Tofino.  Throughout town, Henry’s beautiful pieces of woodwork are found.  And like the town itself, his work is a montage to the regional past, including traditional first nation’s designs and inspiration.  His totem poles, and variety of other pieces, are scattered throughout town.

The view from my room in the Wickaninnish

Despite the fact that we are now decades from the time that protesters were chaining themselves to trees to protect the beauty of the region, the powerful voice of conservation has not been drowned out by the greedy calls for development at all costs.  Tofino is a gift to visitors, and those who enjoy their time here have no one to thank more than the local people who have fought hard over the decades to protect this little island town’s charm.  Here’s to hoping that the fabric of this beautiful community can remain in tact for decades to come.  And judging by the character of the people who work hard to protect it to this day, I’m certain that will be the case.