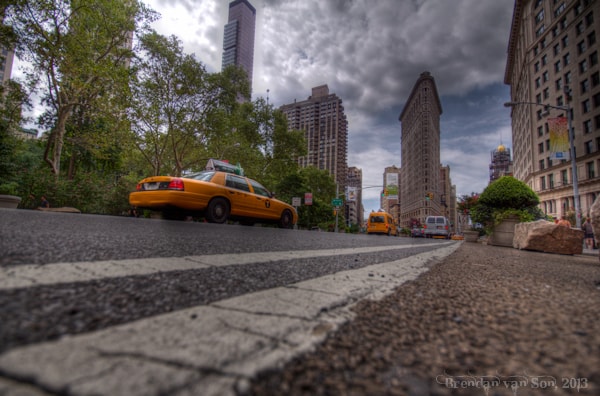 My arrival was New York. Not only did I arrive to a time zone 8 hours west, but I went from Winter to Summer
Travel Photography Blog

How to Beat Jet Lag: My Westbound Solution

I’m not a big flier, I’ll admit that.  I hate flying.  I’m not scared of planes, or crashing.  I just don’t like flying.  In fact, I love people watching at airports.  It’s just that airplanes are cramped and loud, it’s incredibly uncomfortable, and then you are usually stuck with a massive bout with jet lag at the end.  Hating flying is one of the main reasons I almost always travel overland, or at least stick to short flights.  In fact, between February 2012 and August 2013 I visited about 35 countries while only taking 4 flights.  However, once I got to Johannesburg, South Africa, it was completely necessary to fly across about 9 time zones to get back home.  Luckily, westbound travel is usually easier.  Even more lucky, I’ve sorted out how to beat jet lag.  Well, at least west bound.

Follow these steps, and beating jet lag is easier than you think.

I generally start my jet lag preparation 3 days before flying.  Preparation is simple when heading west, you just stay up a bit longer each night.  The main reason travelling west is easier is because the body naturally has a slightly longer biological clock than 24 hours.  Some say it’s actually 25.  That means that staying up later than usual is easy.  It’s also the reason that if you try to go to bed a couple hours early, you might have a hard time falling asleep.  Remember back to when you were in college, or summer vacation as a kid, and you got yourself in a bad trend of staying up later, and sleeping in later, each day until it got out of control?  That’s what you’re going to do here.  Of course, this is easier done if you have a good travel partner who can keep you entertained at 3am on a Sunday night when everyone else is sleeping.  Preparation isn’t completely necessary, but it will ease the transition.

Sleep on your Arrival Time

One of the biggest mistakes that airlines make in dealing with jet lag, is that they have you sleep on the departure time.  They do this so they don’t get 500 grumpy passengers. However, it’s going to hurt you in the long run because it kills all preparation you’ve made.  Don’t sleep when they tell you to, sleep at your arrival time, or as close to it as possible.  It used to be harder than it is now.  They used to kill the lights and you’d have nothing to do to keep you awake.  However, now with the personal screens on planes, it’s actually quite easy to stay entertained.  Again, don’t sleep because its sleep time in England, sleep because it’s sleep time in California.

If all else Fails, don’t Sleep

Sleeping on flights messes up your bodies clock, so if you can’t sleep on your arrival time, don’t sleep at all.  Stay awake.  It might mean you have to stay up 24 consecutive hours, but don’t sleep until you’re tired and its time to sleep on their time.  Have you ever gone to an all night party then stayed up during the day?  The next night you fall asleep at 5pm and wake up at 4am?  That’s essentially how you beat jet lag.  Stay awake so long that you sleep at a strange hour.  When you wake up though, you’ll actually be on the right clock.

Like sleep, your eating patterns mesh with your biological clock.  If you eat full meals at the time of your departure city, your clock will stay screwed up.  If you instead just eat small meals, closer to the arrival city meal times, you’ll help out a lot.  If you can, you should also try to adjust your meal times in your preparation stage.

Upon Arrival, don’t Force yourself to Sleep

I’d say the biggest mistake people make when they arrive is they force themselves to sleep because it’s time to sleep at your destination.  If you’re not tired, don’t sleep.  You’ll only lay in bed and actually make things worse.  If you’re not tired, stay awake until you’re exhausted, then take a short sleep and set an alarm for a respectable wake up time in your arrival city.  If you only sleep 3 hours that night, 5am-8am, then by 10pm that night you should be tired again.  You’ll likely crash that night and have zero jet lag effects from then on.

My Sleep Schedule for when I beat Jet Lag Westbound: South Africa to USA

How do you Beat Jet Lag?