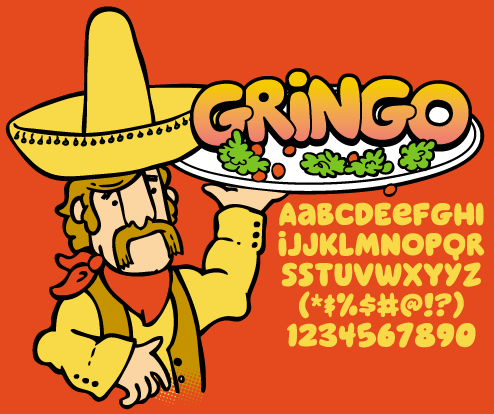 How to Spot a Gringo 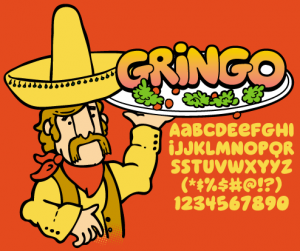 I hear it all the time from tourists travelling South America, they are shocked that the locals can always pick them out as foreigners.  I even remember one guy telling me that his family is 100% Peruvian, but he was born and raised in the US, and it didn’t matter if he was in a group with 10 other Peruvians people would be able to pick him out as the “gringo.”  But there is more to spotting a foreigner than the colour of their hair, eyes and skin.  Obviously, a goofy looking white guy with bright blonde hair and glowing blue eyes like myself cannot hide himself, but it comes down to so much more than that in the end.

Some backpackers in South America feel it very necessary to wear flip flops everywhere they go, including the business districts of  large cities.  This is a dead giveaway as most locals in the big South American cities, with the exception of perhaps Rio de Janeiro, wouldn’t leave their house in flip flops.  South Americans pride themselves on dressing well, and wandering around downtown in flip flops doesn’t not fit their mold of business casual.  If you want to fit in while travelling South America, pack some shoes.

When I talk about hair I could talk about hair colour, but after spending some time in South America you’ll notice that even many locals here have light coloured hair.  It comes down to more than just the hair colour, it comes down to how we wear it.  Latin American men are more worried about how their hair looks than any girl I’ve ever met.  You’ll find them in the bathrooms picking at each and every strand to make sure that every one of them has fallen in the right place.  It is almost comical to see at first, but after a while you become slightly embarrassed about the state of your hair.  Most western men have never combed their hair or picked at their hair in front of a mirror.  I don’t spend a whole lot of time in women’s bathrooms so I can’t say for sure if this is the same with women.  However, I’m fairly sure that I’ve never seen a Latin American girl pass a mirror she didn’t want to check her hair in.  If you want to fit in a bit in South America, make sure that hair-do is carved like a prize poodle.

I am probably more guilty of this than anyone I know, but South Americans are rarely found with a beard, and if they do carry one it is very well manicured.  This all comes down to appearance, and having beard stubble in South America simply means that you don’t care enough about yourself or how you present yourself to others.  I know that the backpackers all think that because “Che” Guevera had an epic beard that they should too, but that’s just not the case.  If you want to fit in, get the razor out and keep that peach fuzz to a minimum.

I personally think this is the biggest giveaway of all our traits.  We, as gringos, always walk as if we are late for somewhere.  We are so focused on our destination that we often walk at a near sprint.  Take a look at the locals walking and try to keep pace with them someday, you’ll find yourself in pain trying to walk that slow.  Picking out a gringo can be as simple as watching which person on the street is walking at a near sprint with their or her head up and eyes tunnel visioned on their destination.  If you want to fit in, slow down a little bit and remember that it’s not the destination but the journey that is important.

I’m not talking about eye colour at all in this sense, but instead the eye movement.  How the eyes appear is a dead giveaway for your gringo status.  In crowds gringos tend to have a nervous look in their eyes and you can just tell that they are trying to hid their fears.  In the open their eyes are constantly on the move exploring every spec of the landscape that they’re surrounded by.  There is nothing wrong with trying to get to know your surroundings, or being cautious, but if you want to fit in try to act as if your walking down main street in your own hometown.

Shorts people?  Seriously?  You’re going to wear shorts downtown Bogotá?  As I mentioned in the section about shoes, if you’re wearing shorts in a South American city, again, with the exception of some Brazilian cities, you might as well be carrying a giant flag with “gringo” written in bright sparkling font.  Latin Americans place a very high emphasis on personal appearance and that means always dressing nicely.  Personally, I would be straight up embarrassed to walk downtown Bogotá with anything short of jeans and a nice shirt.  It is a respect thing too.  People feel that if you don’t care enough to put on some decent clothes that the people you see and the city that you are taking part in aren’t worthy of your best.  Walking around downtown in shorts and flip flops should feel to you the same way as you would showing up to a business meeting in a clown costume.  If you want to fit in, and be respectful at the same time, throw on a decent shirt, a pair of jeans, and your shoes before wandering around downtown or going out for dinner.

It’s not the fact that we have bags that gives us away, it is how we carry them.  It is actually quite entertaining to watch, but so many gringos carry their possessions with such a death grip that their fingers turn white.  This is not only a flag that your are a gringo, but a sign that you have something of value in that bag with you.  I am not telling you to carry you bag lightly, but maybe just look a little less like you’re worried about it.  And please, I am begging you, don’t wear your bag on your stomach unless you’re in a very crowded space.  This basically tells people around you that you think they are thieves.  When I see gringos walking like this it actually makes me want to try and rob them, and I’m a pretty honest person.  If you want to fit in while traveling South America act natural with your possessions, or maybe see if you can leave your bag full of sunscreen, snacks, and a sweater that you so nervously clutch to in your hotel for the day.

In South America they use the term “gringo” as a joking term used for all non-Latinos.  However, in Central America the term has a slightly sharper meaning.  Despite what the wikipedia listing says the word gringo comes from, the people I talked to in Central America say the term comes from the days of American occupation in the region.  The marines that occupied many Central American countries at a point in history wore green.  The locals who wanted the marines out of their country used to say “green” “go!”  It was eventually melded into the term for Americans, and basically all intruders, to form the word gringo.  As such, I do my best to avoid the word since no one wants to feel like an intruder.  So when you travel South America do your best not to act like an intruder, an outsider, a gringo, be yourself but be respectful at the same time and you will be treated with that same respect in return.