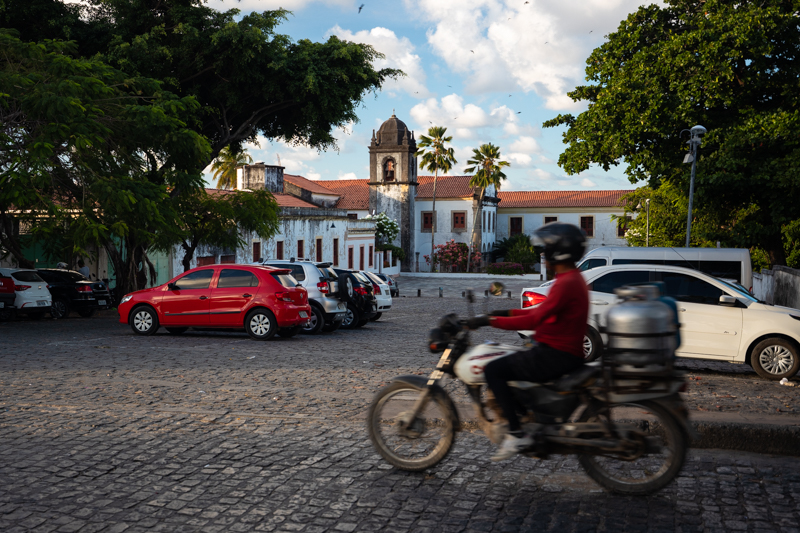 How To Stay Safe with Camera Gear While Travelling

Apart from camera gear questions, the thing I get asked the most about is how I manage to keep safe while travelling the world with camera gear. The truth is there’s no way of ensuing you’re going to be safe. Whether you’re home or travelling, there’s always at least some risk of theft or worse. But, if we all lived according to the “ifs” of the world, we’d never leave the house. And, in most cases, the demises and dangers of the world are greatly exaggerated.

That said, there are some things you do to improve the odds of your (and your camera gear) safety while travelling. This – unlike many of my posts – isn’t “do as I say, not as I do”. These are all tips and practices I follow every day while travelling. As a result, in the 10 years of being a professional travel photographer I’ve never had a piece of camera gear stolen or been robbed – knock on wood.

*Note: I did get camera gear stolen the year before I started working as a photography.

Limit Risks – Take Only What You NEED

A lot of camera gear and travel gear safety is about limiting risk. As I mentioned in the intro, you can never guarantee something isn’t going to happen. Whether you’re in Cote d’Ivoire or Calgary, things could happen.

What you can do, though, is to limit your risk.

One of the ways I limit my risk while travelling is by limiting what things I take out when I go and take pictures or explore. For example, if I’m going to do street photography in Manila I tend to only bring the lenses and gear I need. I don’t bring my 100-400mm or a 16-35mm if I’m not going to use it. I also won’t bring all my filters, GoPro, back up body, etc. This way, if you do get robbed, you won’t lose everything.

It’s the same with money and cards. There’s no point in taking all your credit cards, passport, and money when you go out to take pictures. Take only what you need that day. That way, if something happens, you won’t be totally out of money options.

Negative press campaigns went after apps like Uber hard. But, the reality is Uber (and other apps like Lyft and TaxiNow) aren’t more safe. This is simply due to the fact that there’s a record of your trip. If you flag down a taxi on the road, there’s no physical record. With Uber, if there’s an incident you have all the driver’s information – and there’s a record of the trip.

In countries like Brazil and Colombia, it’s become famous for taxi drivers to take passengers on a ride or hold them up. Or, sometimes they call or text a friend their location letting them know they have a “high value” client to rob. Use a taxi app. 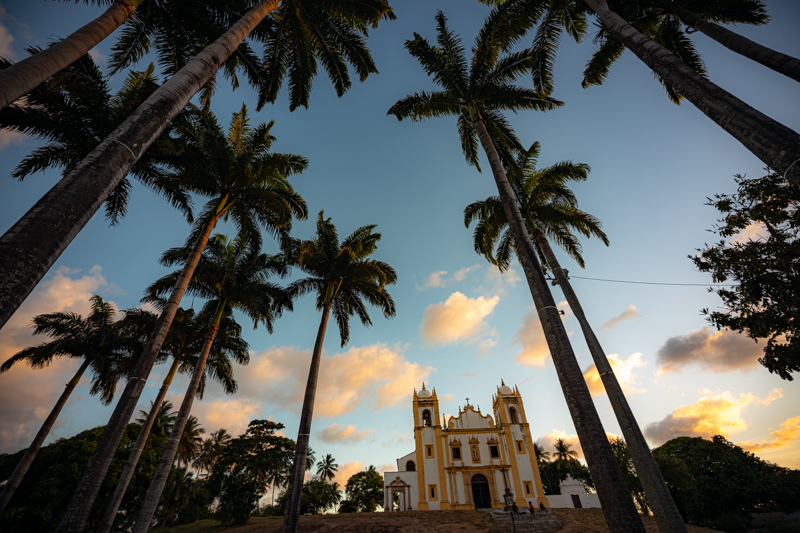 For the most part, I think professionals get robbed less often than amateurs for the simple reason that pros look confident and like they belong. Also, I don’t think most thieves want to rob pros as they think the gear might have GPS traces on them. And the truth is that they often do. 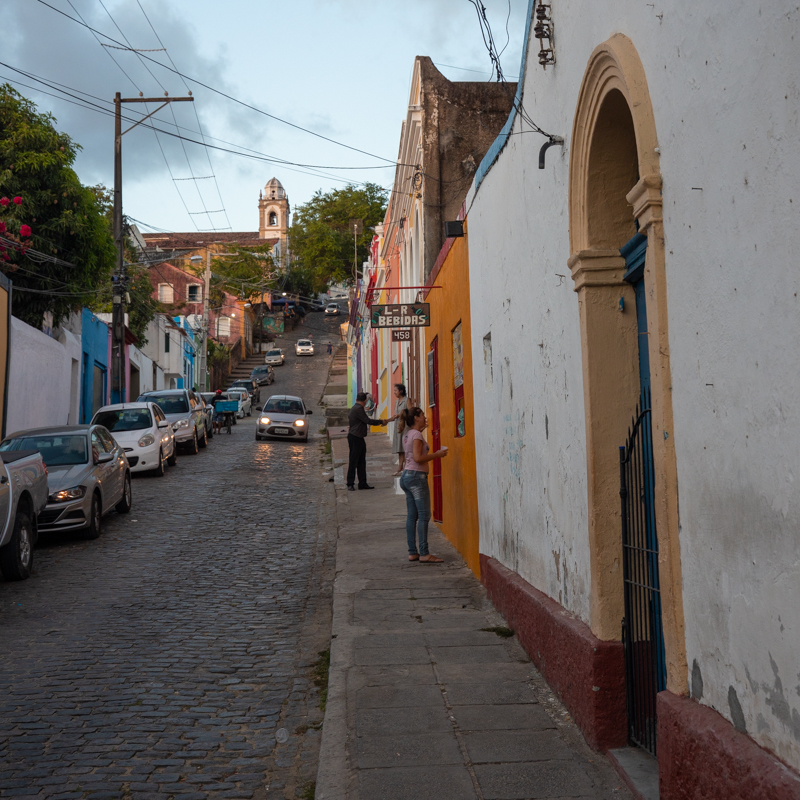 When you can, ask a local.

Locals know best. They know what’s safe and where isn’t. They usually know the limits. And, the reality is that they’re often more protective than anyone. Locals don’t want their area to get a bad reputation

Be Aware of Your Surroundings

It might sound really silly, but you have to be aware.  Most robberies, anywhere in the world, are crimes of opportunity. People linger in areas popular with tourists and wait for someone to be careless or lazy with their valuables.  So, keep an eye around on the people who aren’t doing anything. Those who are just standing and watching, or pretending to be on their phones.

It doesn’t mean that anyone just hanging out in public spaces is a thief.  What I mean is just to be aware of those around you.

You also need to understand the surroundings. For example, you’re not likely to get robbed at knife or gun point on a busy street. But, you might need to watch your pockets for pick-pockets.  And, you might want to avoid dark empty streets at night in places like Rio or Quito.  Those are places where you could get held up.

Just, be aware. Keep an eye on what’s going on around you. 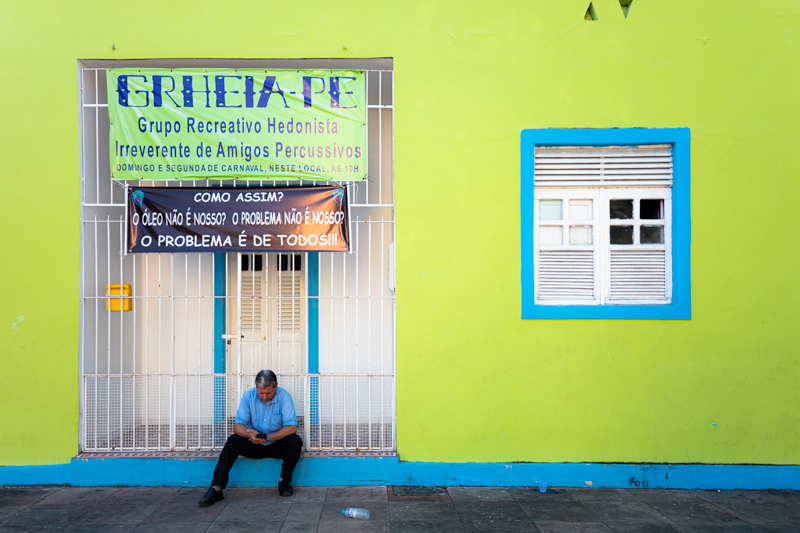 Here’s the thing, if you’re trying to be a professional you just need to go for it.  You can’t worry about having your camera gear stolen and still try to make a living.

Limit your risk, though. Don’t take everything, everywhere. But, my rule as a travel photographer has always been: always have a camera on you because you don’t know what’s going to happen, or what images are going to appear.

Over on my YouTube channel, the top comment came from Tom Cooper and I thought he made some good points. So, I thought I’d share some of them here:

The blog posts are going  to be a bit all over the place for the next little while as I try to get caught up.  It keeps things interesting, anyways!

I still have a post from Nepal on the way.  And, there are some posts already coming from my trip to Ecuador with Jodie and Morten Hilmer. Then, I’m heading to Arizona for the holidays which is going to be brilliant!  See you there.