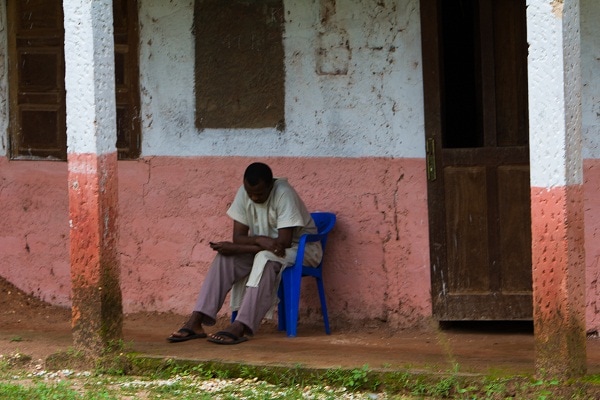 Rite of Passage: I got Malaria!

It was 28 degrees outside and rain poured heavily onto the thatched roof of my guesthouse on Ilha Bubaque.  The humidity had reached levels so high that one could almost peel a film of humid air from the bleach white cement walls.  And there I lay, so cold and shivering that I had to pull out my sleeping bag – rated for -7 degrees celcius – just to keep warm.

I lay tucked away in my bag like a mummy attempting to shake its way free from its tomb. 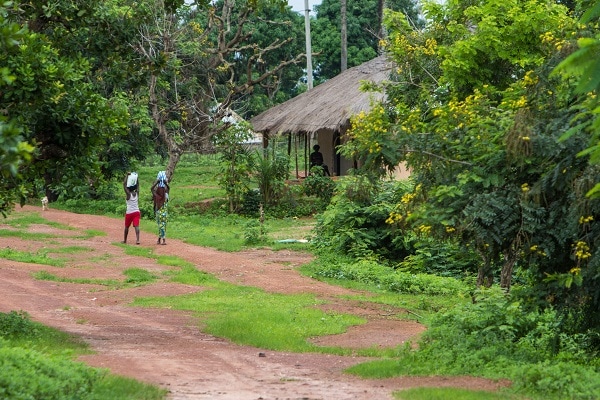 It’s amazing to me, looking back on the situation, how I didn’t realize that I had contracted malaria sooner.  I had been showing signs for the past 3 or 4 days; but I seemed to always give myself an excuse for the symptoms.  My sore muscles and bones were just from sleeping on bad beds, my neck so stiff I couldn’t even look down to see my toes was just from the tight sept-place taxi rides, my chest cold a result of a lack of sleep, my headache caused by minor dehydration induced by my attempt to keep up with the Muslim’s fasting for Ramadan, and the chills being of simple origin in the rains of the wet season.  But this was a fever so fierce I couldn’t ignore it any longer.

The truth is that I had been feeling miserable since leaving The Gambia.  I was listless and my energy levels were mellow at best.  I almost felt depressed, if not only just a little bit bored by the world.  And the truth is that when I got the malaria treatments, and started to feel better I was kind of relieved to have something on which to blame my week’s worth of apathy. 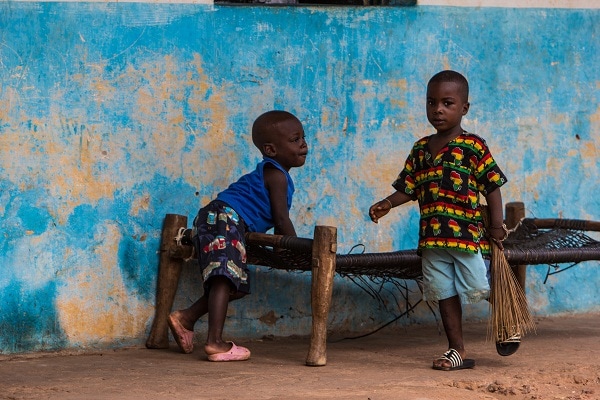 I staggered out of my hut and into the rains, swaying awkwardly towards the guesthouse staff all gathered under a covered roof.

“Is anyone else really cold?” I asked in terribly shaky Portuguese. “It’s really cold out, right?”

They all looked back at me with a little bit of laughter.  I examined them quickly; a woman wearing shorts and a t-shirt, a young boy in thin black pants and a tank top, and an old man who sit shirtless in the chair.  Myself, I was covered by a sweater, polartec jacket and a toque from the Peruvian Andes.

“Do you have a fever?” The woman quickly asked in French.

“I don’t know,” I respond back. “I’m just really cold.  It’s cold like this in Canada, but we have indoor heating.”

Immediately, the host realized the seriousness of my situation and told me that I had to get to the clinic.  Perhaps murky and a little disoriented, but probably just a little bit more stubborn than I might like to admit, I claim that I’ll be ok and that it’s probably just the weather.  But after a couple minutes of convincing I find myself hiking towards the clinic which is about a kilometer away. 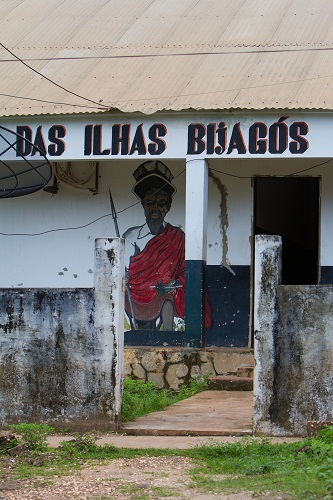 Inside the dirty walls of this rural hospital, and amidst some of the roughest conditions I’ve ever seen in a medical facility, I managed to find a nurse.  Along with the help of a de-facto translator I explained my situation.  She immediately muttered the words I was really hoping not to hear: “malaria”.

The only problem was that there were no drugs left on the island to treat the disease.  She claimed that there is not a lot of malaria on the island, and that anyone that shows up with the illness has usually come from Senegal; as I had.  She told me to get on the next boat back to the mainland and get treated as soon as possible.  It was really only at this point that I began to really worry about the state of my health.

Luckily, after a few minutes of persisting, and the promise that I could pay, the nurse made some calls and I was given an injection and a set of drugs to treat the disease.  It was amazing, but within about 4 hours I felt way better.  Slowly, the symptoms started lessening.  My neck motion came back, my headache disappeared, my bones and muscles felt strong again, the fevers softened, and most of all my energy came back.

3 days later, I arrived in the Fouta Djallon of Guinea, symptom-free and ready to take on the world again.

The truth is that in many ways I kind of knew I would eventually get malaria, even though I took the prevention drugs.  Malaria has a way of getting to travellers; especially those spending as much time here as I am.  In Mexico, people joke about Montezuma’s revenge: a diarrhea to serve as retribution to the first intruders that set foot on those lands.  It’s not something you can avoid unless you want to live in an astronaut’s costume the entire time.  I feel like malaria in West Africa is much of the same.

For me, it was almost a rite of passage.  That being said, I find myself blessed and lucky to get through it with as much ease as I did.  Many people do not have the money to treat this illness, and the fact of the matter is that malaria kills more people every year than any other disease – a couple times more people die from malaria each year than die from AIDS.

Regardless, Guinea-Bissau and malaria seemed to get the best of me.  And for now, it’s time to move on to greener, and hopefully healthier, pastures.