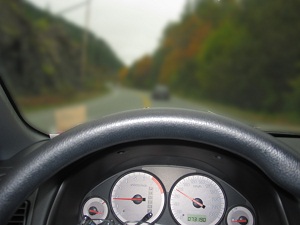 I’m in Canada: Introducing the BC Rally

Over the past couple of months I have been harbouring a secret. It’s unfair of me, I know. I hope that you accept my apologies and that you are as excited about the project I am about to present as I am to be taking part in it.

Starting this Monday (June 25th), I will be joining of an amazing project put together by Tourism British Colombia. The BC Rally is essentially an extensive media blitz of my favourite province in Canada, British Columbia. BC, as us Canucks refer to it, is a natural playground. It has pretty much everything that you could ever need in a tourism destination: mountains, a beautiful coast, pristine rivers and lakes, vibrant cities, a wine region, and a whole lot of wildlife.

I swear I didn’t take this while driving… ok, maybe I did. But it’s not against the law in British Columbi… ok, maybe it is.

So What Exactly is Going to Happen?

There are actually 4 of us taking part in this project, Rob from “Stop Having a Boring Life” and Dina and Ryan from “Vagabond Quest“.  We have been split into two teams covering two parts of the province, the interior and the coast.  I will be travelling along with Ryan in a hybrid car along the coast of British Columbia and through some of the islands.  Along the way we’ll be taking part in everything from surfing, rafting and kayaking to spa days, cultural tours and wildlife excursions as well as just about everything else in between.

One of the best things about this project is that it’s going to be a fan-powered experience meaning there will be times that you decide what activities we take part in on the road.  And, if you’re in the area, there will be times that you’ll be invited to come out and join us in our activities.  To get the best out of this, be sure to check out the facebook app that has been created by clicking here. While you’re over there, don’t forget to “like” the Tourism British Columbia facebook page to be kept up to date.

When I was a kid, I always wanted to live in one of these houses in Victoria

Rob and I are a part of team Orca which means that we’ll spend a lot of time along the coast.  Some of the highlights of our Itinerary are Victoria (and Butchart Gardens), Tofino, The Queen Charlotte Islands, Prince Rupert, Barkerville and Squamish.  Our itinerary basically has us somewhere new every single day and is jam packed with activities.  Be prepared to witness the beauty of one of my favourite places on the planet.  We are starting in Vancouver, but heading out to the Island immediately.

Look at that map and tell you it doesn’t pump you up?!

Looking into Stanely Park in Vancouver

Well, many of you don’t know this, but I actually put myself through university by guiding tours in Alberta and BC.  I also did a marine biology field school, way back in the day, on the west coast of Vancouver Island.  I know Southern BC like the back of my hand.  As such, what I’m most excited about is the unknown.  I’ve always wanted to visit the north of British Colombia, especially the Queen Charlotte Islands.

The beach in Tofino

What Should you Expect to See?

This part of Canada is full of wildlife – probably more than any other part of the country – we will almost certainly see bears, orca whales, and a variety of other wildlife.  I think you’ll also be blown away by the coastal landscapes and beaches that British Colombia has to offer.  The area around Tofino is especially spectacular.

A grizzly bear on Grouse Mountain in Vancouver

How Long Will this Last?

This is a 30 day rally.  Both teams will start and end in Vancouver.  And I have a feeling that at the end of the 30 days we’ll all be due for a big party in Vancouver.

If you live anywhere along our route of travel, or will be in the area by chance, don’t hesitate to contact us as we’d love to meet up with as many people as possible on the road.  So come out and join us!

What Happened to Africa???

Africa was amazing, and I have a lot of content still to come.  It will likely be mixed in with the content from British Colombia over the next month on Brendan’s Adventures.  When this project is done at the end of July, I am flying back to Senegal to resume my African Adventures.

Don’t forget to head over to the Tourism British Columbia facebook page and like them to stay up to date.  I’m looking forward to getting on the road and exploring British Columbia, and I hope you’re excited to see what it has to offer.