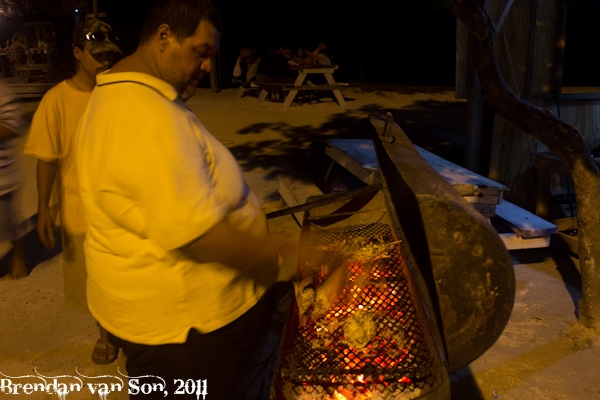 During lobster season in Belize the scent of the popular shellfish being grilled can be caught wafting through the humid Caribbean air each and every night. On the sandy island of Caye Caulker, barbequed lobster is more than simply a meal, it’s a pastime. On the island there is no one more famous for their take on this delicacy than the animated Jolly Roger. 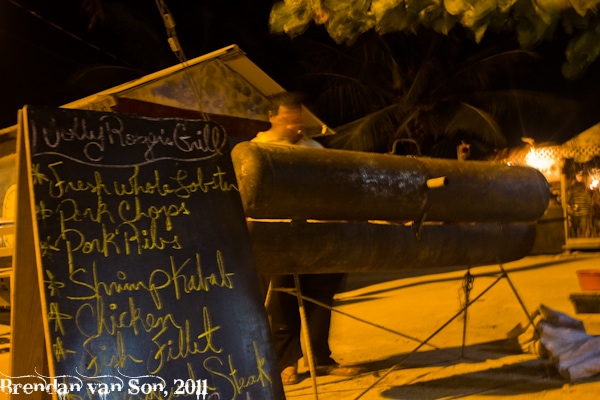 When indulging in a meal at Jolly Roger’s, however, one shouldn’t expect fine dining. One shouldn’t expect table clothes, chandeliers, properly set tables, or beautifully presented dishes served on plates far too big for them. But that doesn’t mean that you can’t expect to encounter chefs who have spent a lifetime perfecting the art of grilling lobster. And it certainly doesn’t mean that you can’t expect to be served some of the best lobster in the Caribbean. 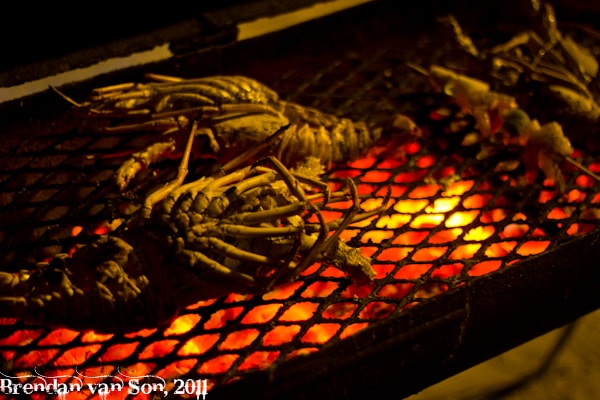 Lobster on the BBQ

While lobster basically everywhere else in the world is seen as a meal of the rich, when seated in this open-air restaurant even the backpackers enjoy lobster nightly. The price of a lobster dinner at Jolly Rogers isn’t just an affordable delicacy, it is economical. For dinner you can expect to pay 10US$ for your meal which comes with your choice of two meats (generally shirmp, jerk chicken, beef, and of course, lobster are available), as well as three sides. Throw in another 2.50$ if you want to sip on a sweet rum punch as you wait for your meal.

If you’re one of the many travellers that falls in love with this little island as you pass through Central America you’ll have surely fallen in love with Jolly Roger’s. It’s no wonder that people seem to come back to this place each and every night they spend in town and that Jolly Roger himself has become a celebrity on the island. Lobster at Jolly Roger’s won’t whet your appetite for lobster, it will only feed your newly acquired addiction. 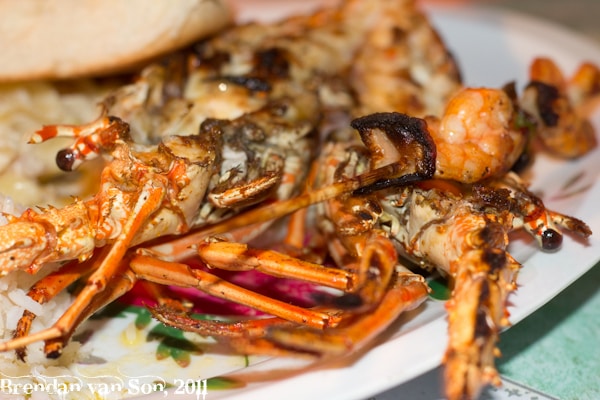