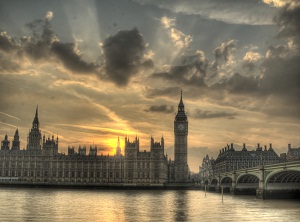 London and the Downfall of the Global City

I like London. I mean, I don’t love London. But then again, I don’t hate it. And I supposed that the previous statement pretty much sums up my feelings towards London: “meh.”

When I was younger, I dreamed of living in a city like London. In fact, I dreamed of living in London. I wanted to live in a global city, a place so full of international culture that one could simply wander down any street and be rewarded with whatever their heart desired. I imagined being able to crave any sort of food and being able to head out and get it. I wanted to live somewhere that any variety of tongues could be heard on the train, on the streets, and in the shops. I craved a city that embodied not only their own culture, but that of the entire global community.

However, on my recent visit to London I came to the realization that I don’t want to live somewhere like London.  Because as much as I love multiculturalism, as much as I love variety and the global community, I love a place with a strong identity.

Colour is a beautiful thing, and even the mix of a few can create a beautiful mosaic, but I guess that the problem with the global city is that everything becomes grey. I think that a sentiment of placelessness is something of a norm in London.  As I wandered the streets home from a night shooting photography I couldn’t help but look around at the scene and think I could be anywhere.  Subway and MacDonald’s fast food restaurants line the streets along with Turkish kebab joints and Indian curry spots.  Even the pubs, it seems, are more likely to be pouring Foster’s and Budweiser than anything local.  As the thoughts placelessness strike my mind, a red double-decker bus whizzes by a equally painted phone booth as if they are trying to convince me otherwise.

I spent the week in London trying to figure out what this famous city’s defining figure is, but I couldn’t.  Beyond the obvious landmarks of Big Ben, the London Eye, Parliament, Buckingham Palace and the Tower Bridge, lays a city that lacks something.  It’s amazing to me, how a city that really does have everything can actually be missing something.  How can the world’s most famous city possibly be one without an identity?

London may be a center of culture, but whose culture?

At the end of the day, I’m glad for my time in London.  It made me realize that I don’t need to be in that massive center.  I don’t want watered down versions of a 1000 cultures, I’d rather have the authentic taste of just one.

I look up at the night sky as I closely approach my hostel.  Even at night the sky is grey.

“I don’t want London,” I say to myself in complete certainty. “I want something with a little bit more colour and a little less grey.  Maybe somewhere like Lisbon…”