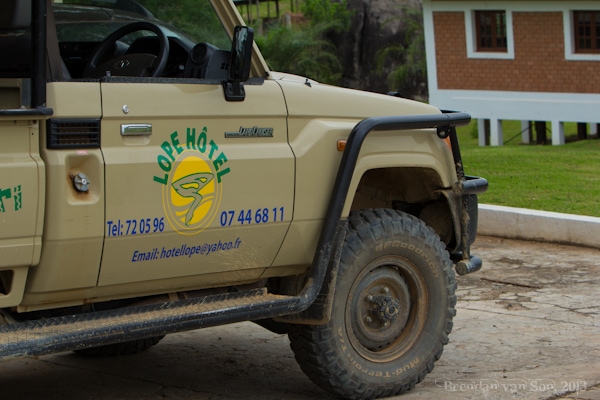 I’ve been hearing for years now that Gabon is fixing on becoming the next big eco-tourism destination.  Parks full of gorillas, mandrills and wandering elephants are meant to await tourists; and of course they are.  However, the unfortunate reality is what also awaits tourists is a whole lot of bullshit.  I’d love to tell you my time in Reserve de Lope (Lope National Park) was full of incredible experiences.  I’d love to tell you that I spent most of my time in awe.  But the truth is, I spent most of my time arguing.  Because you see, the people that work at Lope want your business, they want your money, but they don’t care if how they get it is right.  And apparently they’ve never heard of word-of-mouth or repeat business.

I walked into the Lope Hotel and booked a couple tours at a well-priced 60USD.  I was told to meet the guide at the hotel the following morning at 7:30, and I did.

The guide greeted myself and a Dutch couple whose path I’ve been crisscrossing since Ghana.  He immediately asked if we had booked a forest trip in the morning and a savannah safari for the afternoon, which we had.  He followed with an apology for being late, and then whisked us into his vehicle.

After a couple minutes, I realized that the hotel had contracted our tour out to another company.  I was annoyed, but that practice is common in the tourism business, so I let it slide.

We were let off at the forest edge by the driver, and our guide walked us through the jungle.  The forest was really incredible.  We saw gorilla and chimpanzee prints, monkeys, and even a couple elephants.  Other than a sprint through the forest when we got too close to an elephant and had to escape, the tour went quite well.

We reached a log on the path and asked the guide if we were almost done, the tour was meant to be 2 hours walking and we’d already done that.  At that point, he told us we were only halfway and still had to return the same path.  He handed us sandwiches, cookies and juice, as we sat in confusion.  We explained to the guide that we wanted to return, that we were told this would be a two hour walk.  We had plans to have lunch at the hotel and some beers by the pool before our afternoon safari.

He agreed and we turned towards the starting point.  After an hour’s walk, we arrived at the starting point – a bit of uncovered savannah.  The heat forced us back into the forest as we waited for transport.  We sat there for nearly two hours in the heat while being attacked by more mosquitoes than I’ve ever met in my life; two hours being told that a vehicle was on the way; two hours being told that things could go wrong and that the road was bad.  Of course, how could they possibly foresee the road, which has been there forever, would be in the same shape it has been all week?

Finally, the truck arrived and I crawled in the box and we were returned to the hotel.  Upon arrival, I complained to the lady who was in charge of tours.  I told her that I didn’t want my money back, I just wanted things to be better organized. It wasn’t right that we waited in the forest for 2 hours being attacked by mosquitoes dive-bombing our ears.

It was only then that I was let in on the real problem.

The guide had picked up the wrong passengers.  In fact, the people he was meant to pick up had booked something with a private contractor rather than the hotel.  So he essentially stole clients out of the hands of the hotel.

The hotel manager handed me back the money that was owed owed to Dutch couple and I: 180USD.  I explained that I still wanted to do the safari in the afternoon and handed her the 120USD they charge for that tour.  The guiding company encircled us and started demanding money from their tour.  Moreover, they wanted 70USD per person as that’s their asking price, rather than the 20USD we were to pay the hotel.

Explaining that we didn’t book with them and we’re not responsible for their mistakes did nothing.  They don’t leave us alone, nor will they accept my offer to give them the 60USD that we were to pay the hotel for the tour.  In reality, the company shouldn’t be discussing with us at all.  They should have be discussing with the hotel.  In fact, they shouldn’t be discussing at all, they should be walking away with their tails between their legs because they f**ked up.  But no, they feel it fair that we pay more than we agreed with the hotel for their mistakes.

According to them we consumed a product and we had to pay for it.  My explanation that they should be asking names, taking payment beforehand, registering clients, etc. holds no value to them, that’s not how they do business.  Well, my friends, if you do bad business sometimes you have to pay for your mistakes.

To my surprise, however, the famous Lope Hotel also turned on us.  Despite the fact they let people come into their hotel and take their clients, they don’t want anything to do with the discussion.  In fact, they try to kick us off their property.  Rather than fighting on our side, or telling the external tour company to leave their hotel, they attack the clients.

My disappointment with the Lope Hotel can’t be understated.  The fact that they did no wrong other than let a company that has nothing to do with the hotel into their lobby to take their clients, they should have been on our side.

In the end, we spent 2 hours on the grass in front of the Lope Hotel being yelled at an talked to like children.  We were attacked like thieves.  We were told that the police would demand money from us, that the National Park people would force us to pay them double for dealing with this.

Now, though I’m used to this business behaviour in Africa by now, I guess perhaps I didn’t expect it happening at an established international property like the Lope Hotel.  Lope sells itself as a destination for wealthy tourist looking for an eco-tourism adventure.  However, it operates like a two-bit used car sales property.

I understand fully the desperation of the tour company demanding we pay.  In these parts of the world there are no savings accounts to help protect from mistakes.  While some people live paycheck to paycheck, many people out here live day to day, tourist to tourist.  Not only did their mistake cost them a day of income, it would also cost them for the transport, the food, the park passes, and the guides’ wages.

However, lessons can’t be learned without paying for them.  I have the money to pay, I could certainly just hand over the money for the tour I didn’t book.  But, then does anyone ever learn anything?  Does the next customer get berated like we did?  Does the next client that goes to the Lope Hotel also become a victim without the protection of the company he or she booked with?

I travel to places like this to expose destinations that deserve the recognition.  When I travelled Sierra Leone, I had nothing but good experiences, for example.  But it pains me to write that Lope National Park lacks organization, communication, and even legitimacy.  Perhaps the park is corrupt, maybe it’s just mismanaged, but at the end of the day when a client had a grievance rather than being listened to, we were argued with, berated, and made feel like children who had stolen cookies from the jar.  Moreover, there was no central authority to mediate.  How can a country strive to drive tourists, if the tourists are not protected? 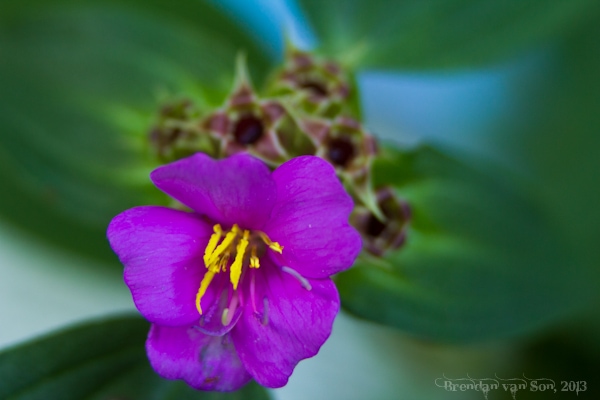 Sure, Lope National Park has the potential to be Central Africa’s leading eco-tourism destination, but at the end of the day if it continues operates like this, it will fail.  Though the customer isn’t always right, they should always have the right of respect.  We were not respected for a moment in Lope National Park, we were not given a slice of respect from Lope Hotel, and honestly, I now feel like Gabon, a country I’d dreamed of visiting for years, isn’t worth your time.  Skip it, head to Sierra Leone or a country that will welcome you and give you respect.

In the end, I negotiated a price I felt to be fair with the tour company.  A price that would allow them to pay for our park passes, the lunch we ate, and the transport to get to and from the forest.   But in the end, the word of mouth will likely cost them, and the park in general, much more in future business than they ever lost from me.  Both the Lope Hotel and the private guiding company are to blame in this situation, both treated us like second-class citizens, and even if we are second-class citizens we don’t deserve that; no one deserves that.

The funny thing, however, is at the end of the day, I’m not mad at the fact I was treated poorly.  What makes me mad is the realization that this continent so many of us have grown to love desperately will likely always suffer through the bad press it is plagued by.  Personally, I want the world to love Africa as much as I do, but so often it seems to desire to cast a dark shadow over itself.