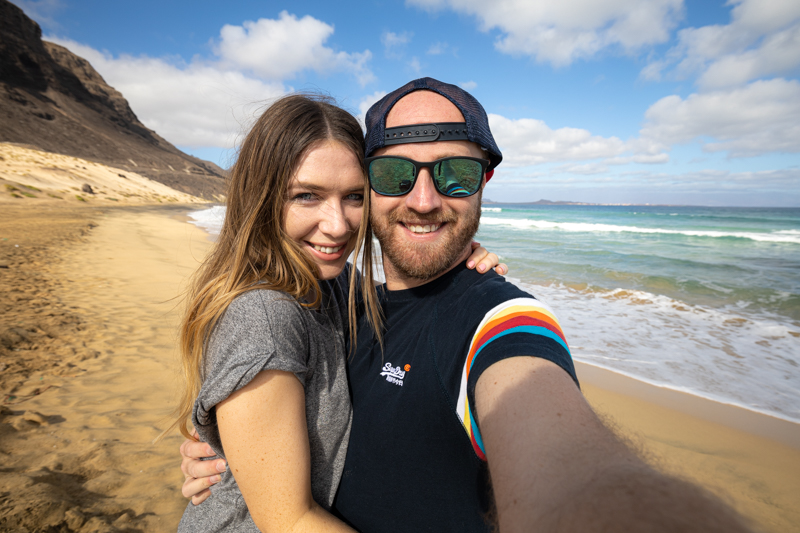 I don’t have any right to complain about life. I have it good. I’ve had it good my whole life. Sure, I’ve had financial struggles, and I’ve had heartbreak. But, compared to most, I’ve had a very privileged life. So, yeah, I have no right to complain.

This past couple months, though, have been tough. I’ve fought with anxiety, control issues, and some family struggles. Thankfully, there have been a lot of massive positives mixed in there as well. And, honestly, this has all kind of been a roller-coaster half year. So, I thought I’d drop a blog post to update what’s been going on.

Jodie and I planned on 2 months in Bali. It seemed like a nice balance of work, retreat, and fun. And, honestly, it started out going right to plan. I took a 4-day vacation – the first I’ve done in ages, and probably well deserved after Mongolia. Then, we headed up to Ubud where we dug into work-mode. Then, Greg arrived. We rented scooters in Bali to location scout. Then, Greg’s participants arrived and he started his video retreat. It was all going so smoothly.

Then, Jodie and I hopped on a short flight to Perth, Australia for her birthday – and a convenient visa run.

It was an awesome time. We saw Quakkas, Koalas, and Kangaroos. And, just had an amazing time overall.

But, on the day before we were meant to leave back for Bali, Jodie’s foot started to hurt.

Now, if you don’t know the foot ordeal that Jodie’s gone through over the year, head over to her YouTube channel where she’ll tell you all about it. But, essentially what happened is back in Patagonia she hurt her foot hiking. Somehow that got infected and landed her in hospital in Peru. After a while, she got better. But, down under it all flared up again.

So, before flying back to Bali we decided to stop in at the hospital to get a doctor’s opinion and maybe some antibiotics.

They thought it would just be an oral antibiotic treatment. But after an x-ray – and later MRIs, and bone scans – they found that there was an infection in her bone – something called Osteomyelitis. They ended up doing a minor surgery. And, in the end, she was stuck in Australia for a month on a drip antibiotic.

Since I had a photography workshop to run, I had to go back to Bali. It was hard leaving Jodie behind. It was even harder leaving a second time later that month when I had to head to Europe for my assignment with Monograms. 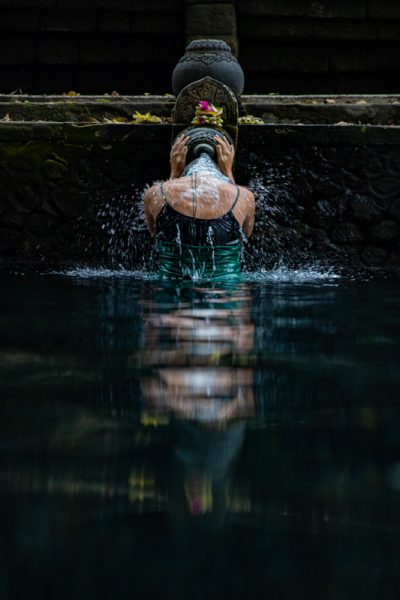 Overall, it was just a massive lesson on relinquishing control. And, it was a massive test on how one can offer support from 1000s of miles away. It was tough.  I failed miserably at times. And, it’s just a helpless feeling knowing there’s nothing you can do.

Eventually, Jodie got out of Australia and headed back to the UK with a suitcase of antibiotics.

And me? Well, I was on the run again to Nepal. I had yet another photography workshop to run. And, yes, there will be some blog posts from Nepal. And, yes, there are already some YouTube videos – I’ve put up the Nepal playlist below

Nepal meant that Jodie and I were apart for about 5 weeks. I think it’s the longest we’ve been apart since we started dating 2 and a half years ago. The timing was horrible, with the foot infection and all. But, we soldiered on.

And, honestly, Nepal was amazing. It’s just such a special place. It’s so humbling and inspiring. 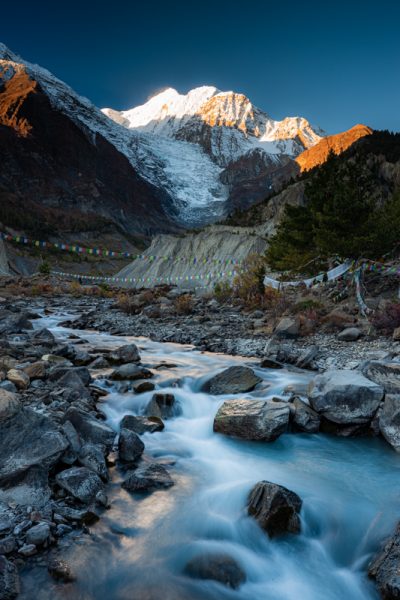 I’ve been lugging around anxiety about Nepal for nearly a year. We hiked the Annapurna Circuit – a 150+km trek that takes you from 800m to 5416m and then back down. I was stressed about my own health – I’m in terrible shape. But, worse yet I was worried about the other 10 people I was responsible for. I can’t train for other people. And, I can’t control how they’re going to react to altitude.

In the end, we all made it over the pass. 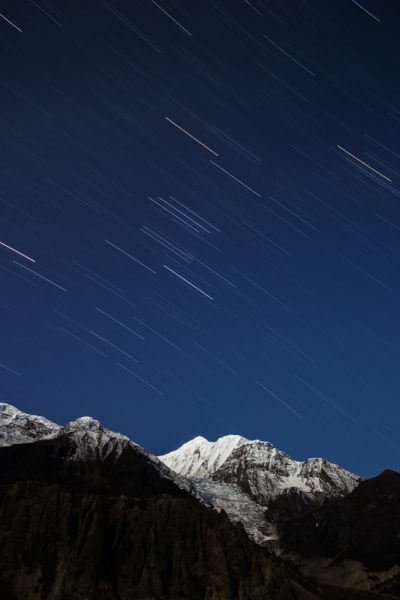 I wondered what it would feel like to make it over the trek. I figured I’d feel joy, empowerment, and pride – and I did feel those things. But, more than anything I felt relief. I had no idea how much anxiety I was feeling about the trip until we all made it over. My shoulders felt totally light. I felt unburdened. Relieved.

I don’t want to get into this too much, to maintain privacy in my family. But, after Nepal – and after rejoining Jodie in London – we had a family tragedy.

It was one of those things that was a roller coaster in itself. A journey of fear, joy, stress, shock and heartbreak all wrapped into a couple days. It was tough. And it was so hard to be away from family.

Jodie and I had embarked on a trip called “The Nomad Cruise” which is a conference on a cruise ship sailing from Barcelona to Brazil. We were at sea when we got the news, and I nearly hopped a flight home from one of the ports. But, I didn’t. 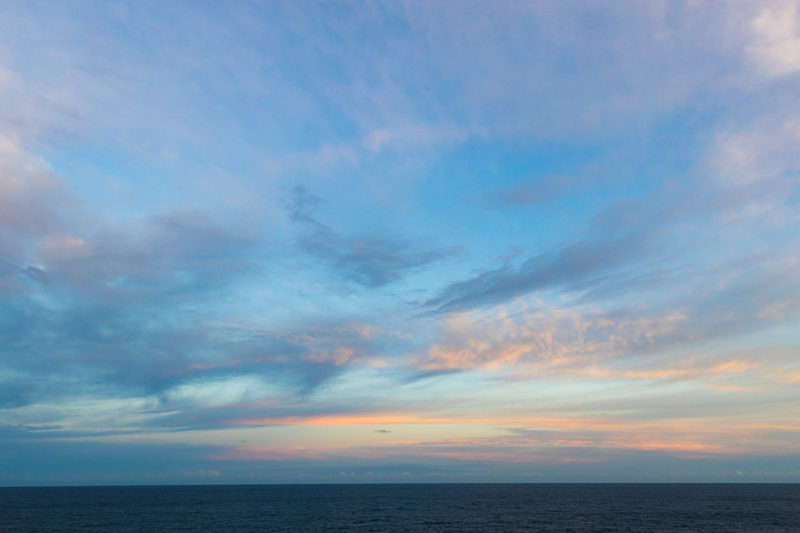 And while this was hard beyond what I ever could have imagined, there was some light to come out of it. I was reminded about how incredible my family is. I was reminded how lucky I am to have a family that’s so very supportive; that can come together at a moment’s notice. We’re spread out all over the world, but yet at the drop of a hat we’re all there for one another, and that’s a special thing to have. I’m so grateful for it; and them.

And, obviously, I’m grateful to have Jodie in my life.

If there’s anything I learned watching her go through her struggle in Australia is that it’s hard to watching someone you love hurting and not really being able to do anything for them except be there. She was there for me, and for us. She’s the best.

I’ve been planning this for months. But, it seemed like bad things kept stepping in my way. So, after the recent family tragedy I was like, “naw, not this time. It’s time for some good news.”

So, when our cruise made it to Mindelo, Cape Verde I had plans to pop the question – something I think most people expected would happen for a while. 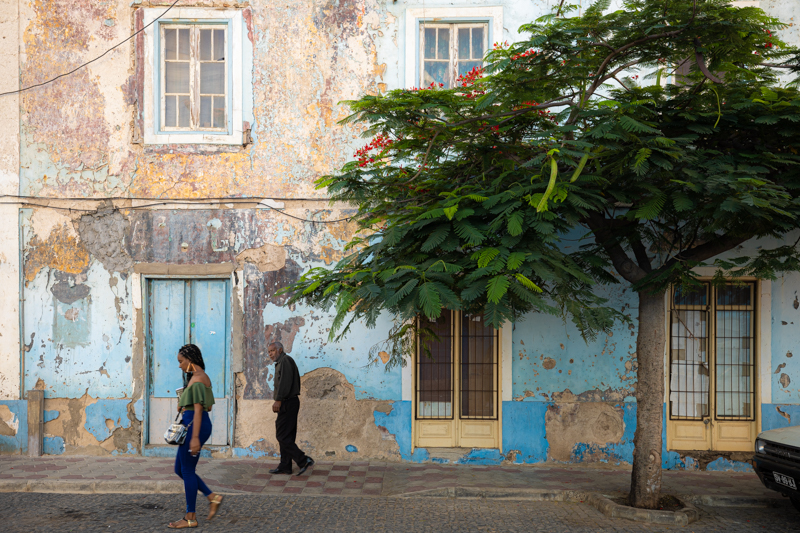 Before hitting land, I did some quick searching around on Google Maps to find a spot to drop the question. It was kind of funny, because it was almost like a photography location scouting mission.

Once we got to land, I told Jodie that I wanted to film a YouTube video so we should find a rental car to go drive around and get some footage. But, in Mindelo we wandered around looking for a car.  We couldn’t find anything. Eventually, I gave up and flagged down a taxi driver.

I asked the driver to take us to Praia Grande. It was the spot that I thought would work. But, honestly, I had no idea. I wanted to have a rental car so I could cruise around and look for the perfect spot. Luckily, Praia Grande was perfect. Aside from the taxi driver who sat in the truck, we were all alone on the beach and no one else in sight. It was perfect.

After Jodie said yes, we got back into the taxi. The driver looked back at us and asked, “happy?”.

Obviously, the engagement is fresh. We’re not rushing anything and haven’t made any concrete plans at all. But, we’re happy and excited for the future. Our apartment in Portugal is looking like it’ll be ready for us to move in June or July. So, we’re looking for that chapter in our lives.

Up until then, the nomadic life will continue pretty full on. As I type this we’re on the final stretch of the journey to Recife, Brazil. I’m excited for a week here before heading up to Ecuador for a photography workshop with Morten Hilmer. Then, we’ll be spending January and February in the US before operating our next workshops in places like Iceland, Morocco, and Peru (more on that soon!).