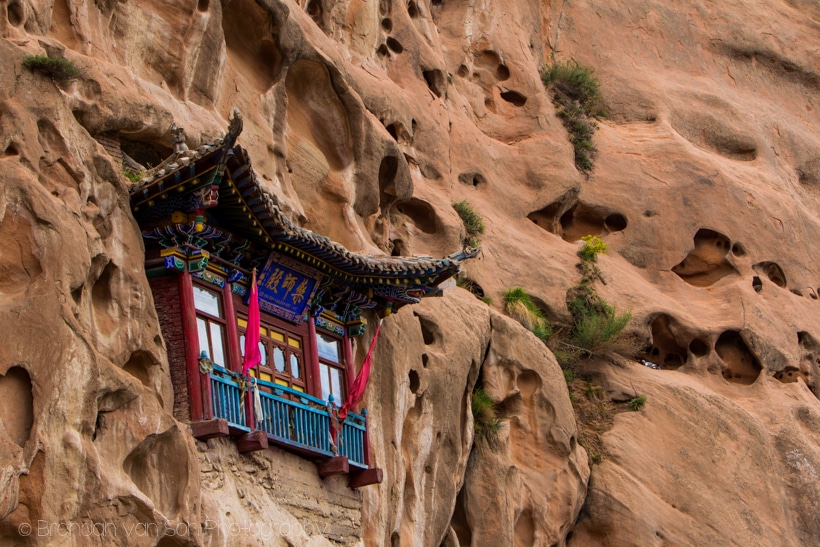 Final shot. This place was amazing. Well worth the trip.
PhotographyTravel Photography Blog

We made it up to the far north of China, and are now in the Gansu Province which is home to some really cool stuff and things that are a bit off the beaten path in a country that just has a massive flow of domestic tourists.  From the town of Zhangye, we took a morning trip out to a really interesting system of Buddhist cave temples in an area called Mati Si.  Though we really came this way to see the Danxia Mountains, and Mati Si was a toss in, I was blow away by it all.  Not only are the cave temples really impressive, but the landscapes out in this province are unreal.  If this is what I can expect from Mongolia, I’m going to love that country.

Getting to Mati Si

I’m honestly not sure if there’s a public bus that runs up this way.  If there is, my guess is it’s a bit of a pain to catch, especially if you’re trying to do a day trip.  In my opinion, the best thing to do is to hook on with one of the hostel’s tours that run each morning.  They’ll get you in a taxi round trip for 45 Yuan per person, not including entrance to the site.  The trip generally leaves at 8:30am and returns around 2pm.

The price for just the main grotto is 33 Yuan.  However, if you’re planning on checking out multiple spots, it’s best to purchase the package of 3 tickets which costs 70 Yuan.  It’s pretty good value considering what you’re seeing.  It’s an entrance fee I won’t complain about.

Of course, here are some of the photos from Mati Si.