I’ve kind of published this on a whim because I am testing out the kindle version of Brendan’s Adventures, and I accidentally tossed a bunch of random pages through the feeds last night to make them look even more messy than usual.  Regardless, any reason to post some photos is a fine right?

That being said… a quick announcement that you will very shortly be able to get Brendan’s Adventures directly to your kindle.  How cool is that?

I’ve decided to stray a little bit from the constant barrage of photos from the Galapagos because I think that the really cool town of Montanita, Ecuador where I spent a couple days was starting to get lost a little in the shuffle of things. Don’t worry, there will be plenty more Galapagos photos to come, including next week’s post called “The Babies of the Galapagos”.

I spent a couple hours down on the beach in Montanita shooting the surf scene, which is more than likely the best in all of Ecuador.  It is also a cool place to photograph.  The surfers hit a point break which makes it fairly easy to close to the surfers.  That fact along with my former 200mm lens meant I could get some decent surf images that were more than just dots on the screen. I’d been wanting to shoot some surf stuff for a while, so I was excited for the opportunity and I really like how they came out and hope you enjoy them as well.

The main beach in Montanita A nice easy waveFrom the rocks Catching the beach break From the rocks Getting some air Big Turn Calling it a day. 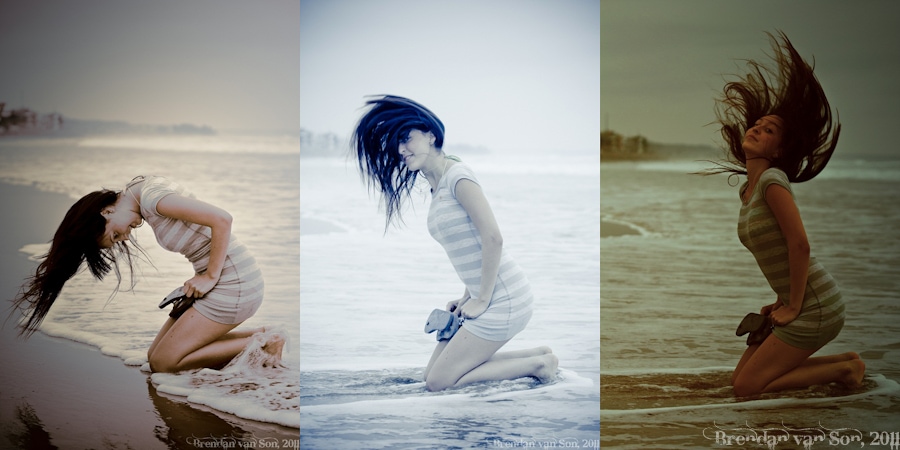 My good friend Valeria modelling for me on the beach.