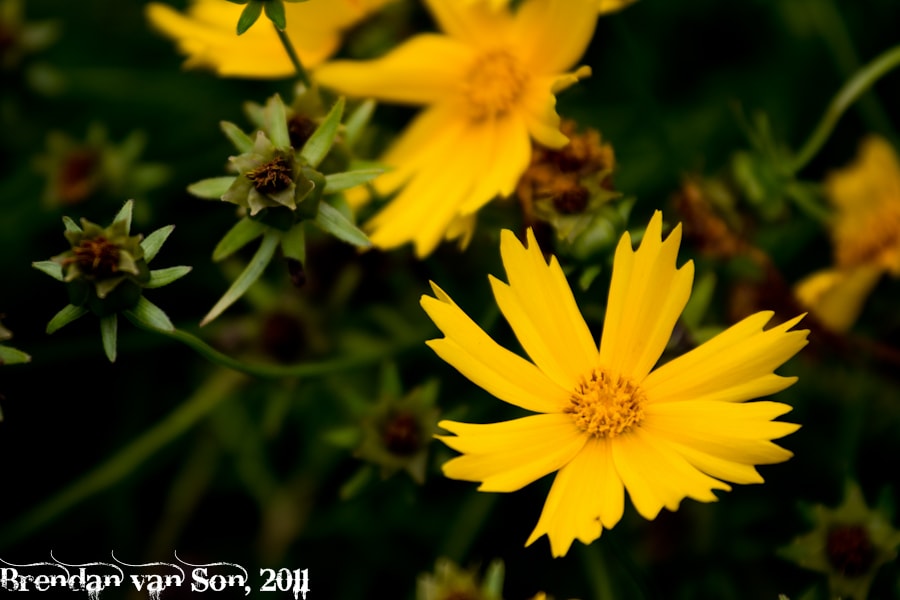 Part of the point of my Central America trip was to visit some of the places that I skipped on my first trip through 7 years ago.  I had a list written of all the places I just didn’t have time to get to the first time around and made those places priorities.  One of the places that I really wanted to check out was Boquete, Panama.  I hadn’t heard much about the town other than that it was a hot spot for expats and retirees.  When I arrived I was pleasantly surprised.  For the most part, it seems that Boquete is a bit of a retirement community with a slowly growing number of backpackers sticking around as well.  In fact, you are almost more likely to hear English being spoken from a restaurant table as you are Spanish.  However, the town has a beautiful setting in the middle of a valley on very fertile soils.  Nearly everyone in town has a beautiful garden which makes the flower photographer a very happy person.  I’ll have a post up about a quirky garden in Boquete called “El Explorador” in the next couple weeks but for now here’s a floral sample from Boquete that I’ve called “Moody Flowers.”

Shooting flowers is tricky since basically anyone can do it.  For me, the difference between a good flower picture and a great one is the mood portrayed.  To portray a mood you need to look at the scene, the colours, the contrast, the light you have available and then work with it.  If it’s a very bright flower with a lot of light on the background you might make a happy looking scene.  Or, if you have a bit of a messy dark scene like I had in this photo you might want to portray a dark mood.  Technically, the only thing I can say is to not shoot straight down on flowers.  Find an angle that gives depth to your image.  Also, don’t just shoot any flower; search through the garden for not only the perfect flower, but the perfect background as well.

In the post processing of this image I increased the level of blacks to enhance the mood, but other than that I didn’t touch it.