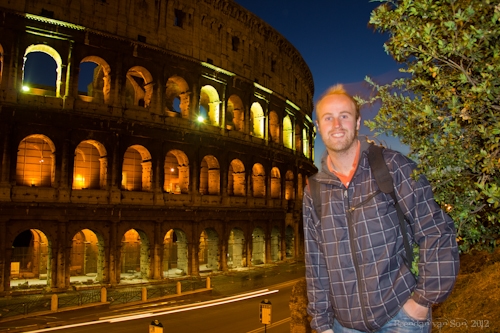 My Christmas Letter: My Life is a Roller Coaster Ride

This is the third annual open Christmas Card (Read card 1 and card 2).  I started writing these things three years ago after emailing the card to friends and family before realizing that I wanted to share with my readers as well.  Brendan’s Adventures started out as more of an exhibit of my travel writing and had very little blog element.  The card was my way of letting my readers into my life a little more.  Obviously, that has changed quite a bit over the years and Brendan’s Adventures definitely carries more of a travelogue feel to it these days.  Anyways, I still feel compelled to carry on the tradition.

Hanging out in Rome

2012 is coming to a close.  I’m sending this out today rather than on Christmas because apparently the world is ending this week.

In many regards, 2012 it was a typical year.  Toronto sports teams continue to lose, needless wars continue to rage, and I continue to travel.  But at the same time, this year has been unique in so many ways.  It just seems like there was so much packed into such a short time.  When people talk about time flying, I disagree.  I just look back at where I was a year ago and shake my head.  It’s like looking back at a dream.  I can’t believe how far I’ve come in 365 Days.

The year started for me in Phoenix at my parent’s sweet new pad.  They bought a house right on a golf course with a hot tub.  Believe me, it was hard to leave.  I spent a couple weeks there putting the final touches on the first issue of my travel magazine “Vagabundo Magazine” which is growing like crazy.  I did absolutely everything from finding writers to designing and editing for the first issue.  It’s crazy to think we are a team of 11 people now. 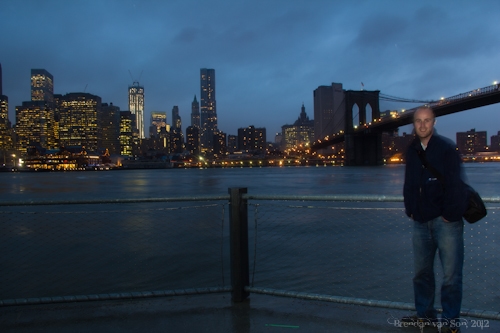 Shooting the skyline by the Brooklyn Bridge in NYC

From Phoenix, I road tripped up to Las Vegas then all the way across the US to Miami.  It was a crazy trip but I really loved the south of the States despite most of the stereotypes being true.  From Miami, I flew to the island of Espanola where my sister was married in the Dominican resort of Punta Cana.  We drank, we danced, we drank, we sunbathed, we drank, we donned togas, oh and we also drank.  The wedding was small, but it was beautiful.  I got to photograph the ceremony which was terrifying.  But I think I did a decent job (see the photos here).  It was great to have the family all in one place before I set off on a serious bit of travel again.

While the rest of the family jumped on planes home, I crossed what was easily the most insane border I’ve ever passed into Haiti.  While in Haiti I did some photojournalism work as well as a slice of volunteering.  It really was a beautiful and sobering experience.

Flight numbers 6, 7 and 8 of the year took me across to Europe via NYC.  I spent about 3 months in Europe, and while I really did love it – and while it did have some fantastic photo ops – it didn’t really inspire me.  I have become accustomed to being challenged and it was all too easy.  I felt like an athlete who had retired – used to the battle and unable to shake the need for competition.  I needed Africa.  And I got it. 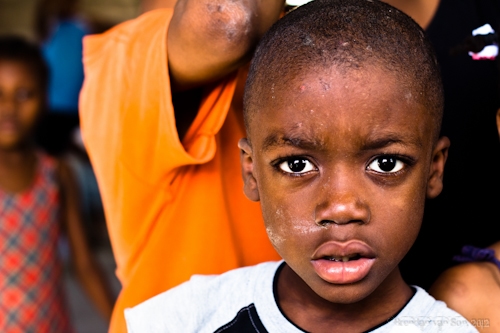 A kid at an orphanage in Port-au-Prince

Through Morocco and 10 other countries, with a 6 week trip to Canada in between, I finally arrived in Mali a little over a month ago.  The road through West Africa has been rough.  I have fought malaria, poor infrastructure and sheer loneliness as there had been absolutely no other travellers between Dakar and Bamako.  But at the same time it has been rewarding. The people have been so warm and caring.  The sights have been interesting. The cultures have been extraordinary to experience as well.  You just can’t have moments like the one below – stilt dancing in Cote d’Ivoire – without travelling to the far reaches of the planet.  As is always the case in life, overcoming challenges nearly always leads to beautiful reward. 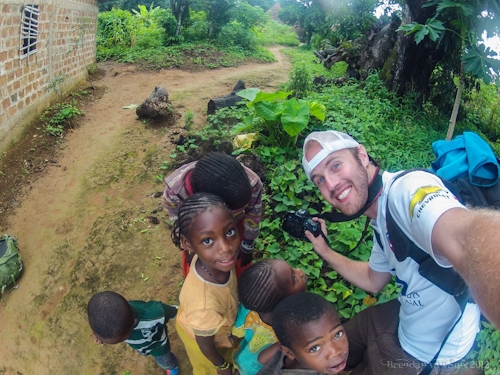 Taking pictures of kids in Guinea

As I mentioned, I’m now in Mali.  The country is divided at the moment.  The north of the country is engulfed in a conflict between a number of factions including separatists and groups of Islamists including the North African wing of Al-Qaeda.  The south is relatively safe right now though.  And despite the kidnapping of a French-Portuguese man in the south a couple weeks ago, the conflict has been quite concentrated to the north.  Still, many here in the south are beginning to push for an invasion into the north.  In fact, the prime minister was just removed from office the other day for supporting foreign intervention and the potential of waiting until next year to attempt to re-capture the north.  The president’s party headquarters were also shot up, apparently as a warning by the military that as recently as March executed a coup.

But yeah, as scary as all that stuff might sound, I’m fine. And I feel really good in Bamako.  The city has been good to me.  I’ve met some great people and it’s allowed me to recover a bit and recharge for the next leg of my African journey.

As for the family back home, they are all doing really well from what I gather. 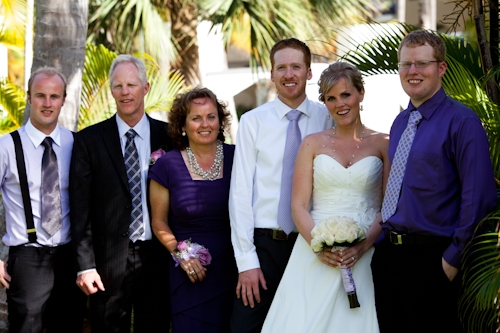 The family all together in Punta Cana

The parents are doing great.  Dad retired this year, which I’m sure was a massive change.  Last I heard he was doing some Christmas baking so I’m guessing he’s becoming pretty domestic.  Mom continues to bring home the bacon working way too many hours working for an oil company back in Canada.  I think they are both looking forward to spending more time in Phoenix where it’s warmer.

My little brother is still counting the hell out of stuff.  He’s honestly put us all to shame this year with his hard work. The dude has been studying and working so much it’s inspiring.  He’s proved that hard work gets you where you want to be and nothing else.  He’s recently become an official chartered accountant and we’re all really proud of him.

The big news in the family is the addition of two members.  My sister Jen had a couple twins recently.  I’m insanely proud to be the uncle of Jack and Sloane.  It has now become my hobby to watch youtube videos and look at Jen’s instagram photos of the little boy and girl.  They are very cute.  I didn’t think I’d be as emotional as I was when they came into the world, but I was beyond it.  It did, however, make me realize too that I’m far too far away. 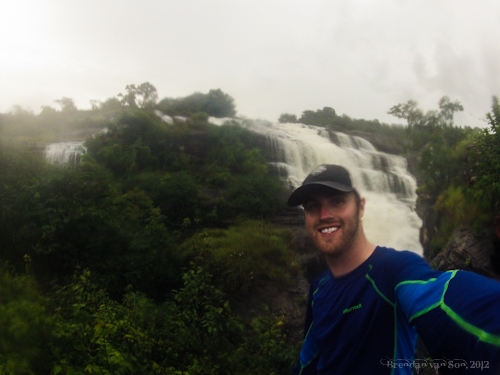 Hanging out at a remote waterfall in the interior of Guinea

There are a couple surprises in store this year I think, but one of the things that definitely won’t be a surprise is the fact that there will be a whole lot of travel involved.

Surprise 1 is that I’ve bought a scooter, which I promptly named Anne Murray, and I’m going to attempt to ride her all the way from here in Bamako to Cape Town, South Africa.  I’m assuming it will be about 14,000km, through 13 counties and perhaps take me as long as 7 months.  I’m sure you can all imagine the hilarity of watching a white man cruise by on a bright red scooter with everything he owns on the back.  I’m all about humour value.

Surprise 2 is perhaps more than a surprise, but an uncertainty.  Over the past couple months I’ve been doing a lot of soul searching.  I’m starting to think that if I really want my magazine to be a success I have to create a more stable home for it.  I’m thinking that after arriving in Cape Town I may return to Canada for a bit before heading to Europe and establishing somewhat of a base of operations for the magazine.  I really have arrived at a point where I could let the magazine maintain, or really put all my effort in it.  I think that by the time I reach South Africa I will be ready for that.

Anyways, I’m setting off on another year of great adventure, and I hope you join along with me for the trip.

My friends, I really do want to hear back from you.  I would really appreciate and email or even a comment below telling me how you are doing.  Hell, I’d even love to read a Christmas card of your own.